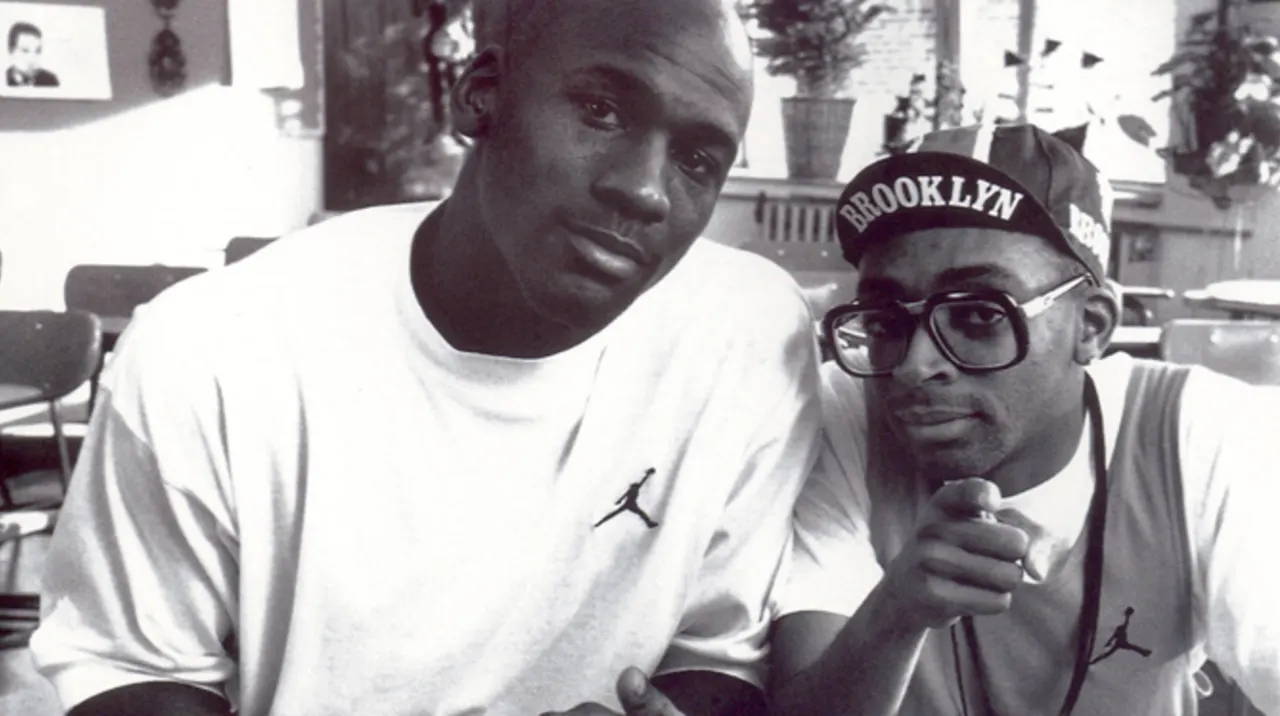 Is it the shoes? It’s gotta be the shoes!

That phrase, delivered by Spike Lee’s alter ego Mars Blackmon, helped to create a phenomenon. The Air Jordan sneaker’s success is of course primarily due to the brilliance of Michael Jordan and Nike’s product. it would be unfair however to overlook the contributions of Spike Lee to the brand’s enduring legacy.

Director Spike Lee is easily one of the most influential and iconic filmmakers ever. Films like Do theRight Thing, Jungle Fever and Malcolm X have helped to establish Lee as a singular voice in the world of cinema. The filmmaking icon is widely known as a huge sports fan—especially of his cherished New York Knicks. He is a mainstay at Madison Square Garden with his courtside seats. His passion and proximity to the court has allowed for more than a few trash-talking confrontations with players—including a legendary one with Reggie Miller during the 1994 playoffs.

When Michael Jordan burst on to the professional basketball scene in 1984, he was an instant sensation. Jordan captivated basketball fans everywhere with his aerial exploits. His talent on the court helped to make his signature line of basketball shoes a marvel. Nike stepped up to the challenging task of crafting a stylish sneaker that was worthy of basketball royalty. The Jordan designs are so timeless that young people today still wear and value them.

The product and the endorser were all top of the line when it came to the Jordan Brand. The marketing for the sneakers was unlike anything the public had seen prior. The commercials that featured Lee’s Mars Blackmon character and Michael Jordan didn’t take themselves too seriously. They were humorous but at the same time created with respect for the product. The humor displayed in the numerous spots featuring both Lee and Jordan allowed the public to relate to MJ. They showed a different side of the competitor that was a departure from his aggressive demeanor on the court.

The Mars Blackmon character first appeared in 1986’s She’s Gotta Have It. The film was Lee’s breakout project. He wrote and directed, and also appeared in, the movie as Mars Blackmon. Blackmon had a love for Michael Jordan and Air Jordan’s in the film. The charisma of Spike Lee and the devotion he had to Michael Jordan made him an easy choice for Nike to partner with for a marketing campaign.

The first Jordan commercial featuring Blackmon debuted in 1988. The ad was for the Air Jordan III and to this day it’s hard to see that shoe and not instantly associate it to the Blackmon persona. The commercials featuring Mars adopted much of the style and look of She’s Gotta Have It. Obviously they featured one of its main characters, but those adverts were also filmed in black and white like the film. The tone, aesthetic and feel of those ads was movie quality and that high level of production added to the value of the Air Jordan line.

Despite being a hardcore Knicks fanatic—Lee still supported Michael Jordan. Jordan was notoriously motivated when it came time to play the New York Knicks. He crushed the championship aspirations of the Patrick Ewing era Knickerbockers many times. The Bulls during Jordan’s tenure faced off against the Knicks 5 times in the playoffs—Chicago won all 5 of those matchups. The Knicks were able to defeat Chicago in the 1994 playoffs—but Jordan was playing baseball during that series. The Knicks utilized a similar tactic to the one the Detroit Pistons employed against MJ—they played physical. So physical that their conduct could almost be labeled as “dirty.” Former Knicks’ players like Charles Oakley, John Starks and Patrick Ewing did everything they could to frustrate and intimidate the Bulls. Whether it was because of it being the Big Apple, or the fact that it was one of the league’s most celebrated franchises, Jordan always seemed to enjoy thrashing New York. NY brought out the best in Mike and some of his most iconic moments happened against the Knicks.

The heated rivalry between NY and Chicago seemed to have no impact on the relationship between Jordan and Lee. Lee even paid tribute to Jordan’s iconic “Double-Nickel” game against the Knicks with Mars Blackmon commenting on it during a 90’s commercial. The bond between Lee and the Jordan Brand is so strong that Lee received a signature sneaker from the brand—the Air Jordan Spizike.

The Jordan Brand is rich in history and tradition. So many moments and contributors have helped to make the brand distinctive and adored. Spike Lee and his Mars Blackmon creation are an intricate part of Jordan Brand’s legacy. It is nearly impossible to envision the company without its strong ties to Mars Blackmon and Spike Lee. 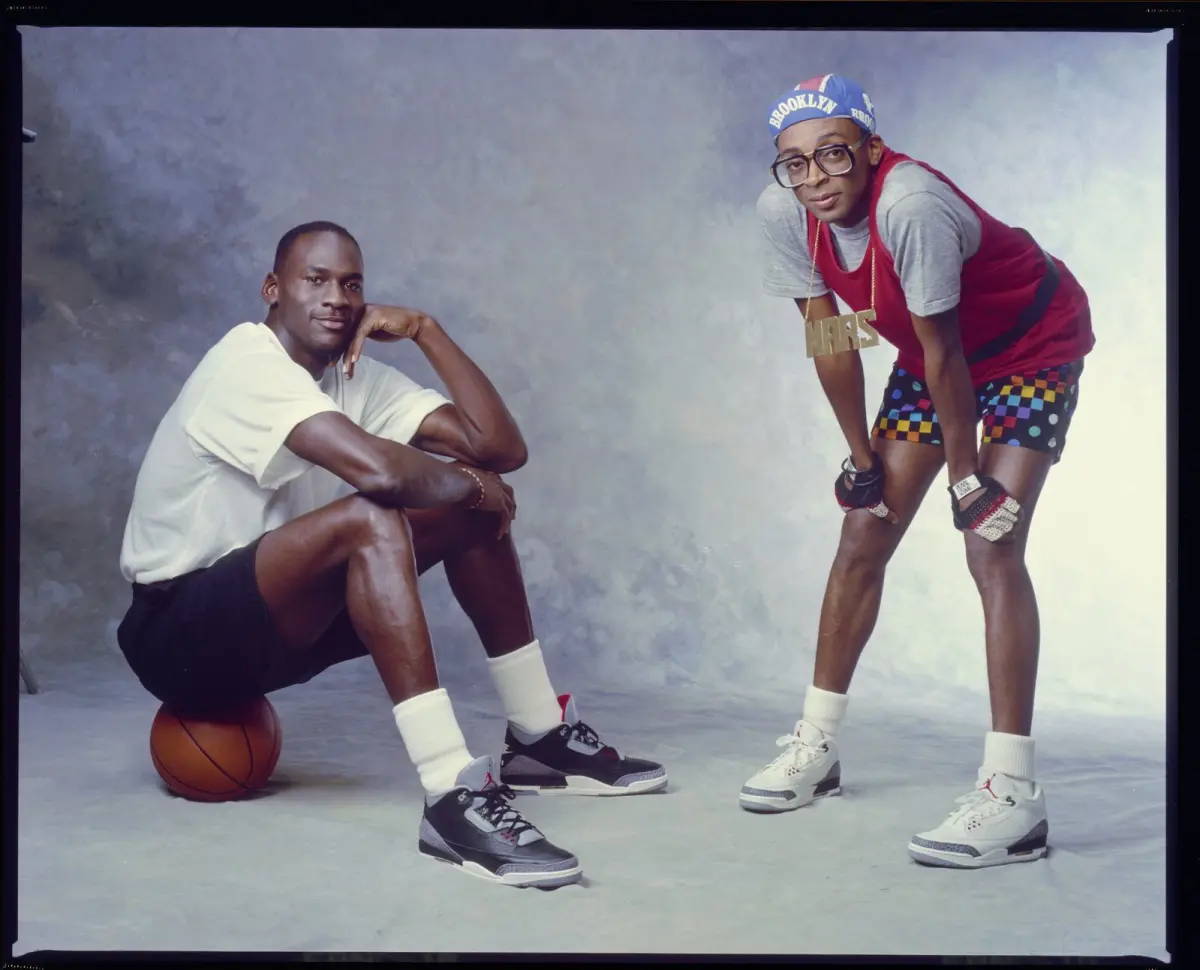