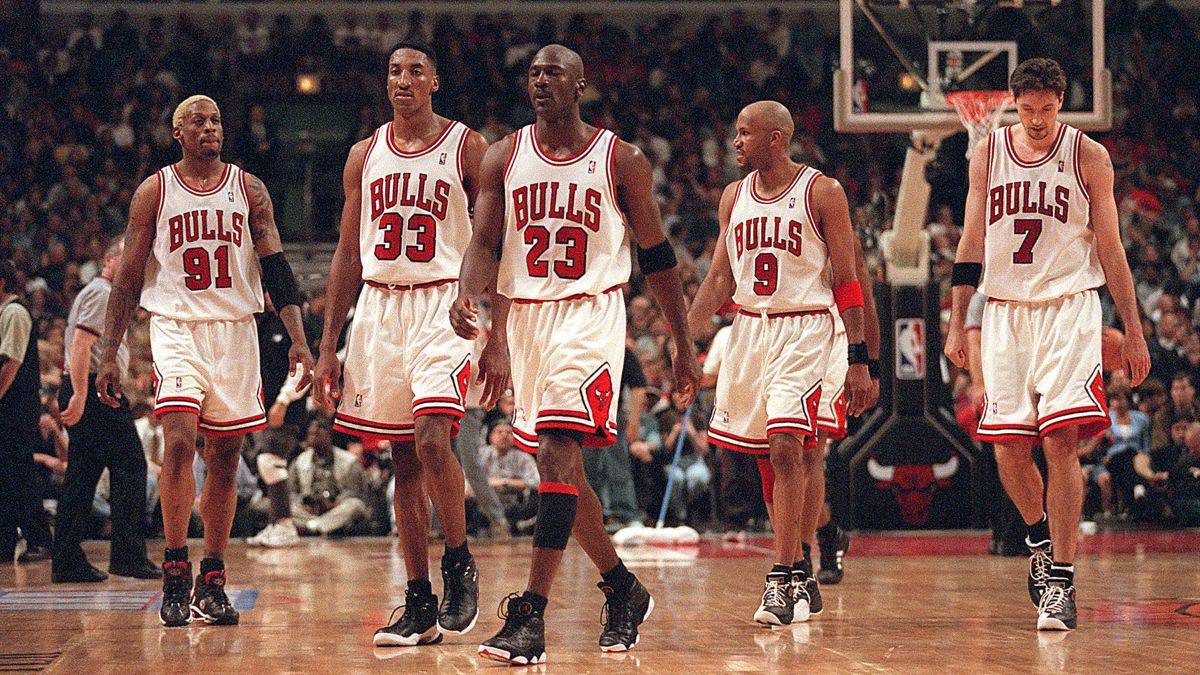 The 1995-1996 Chicago Bulls were nearly unbeatable during the regular season and continued their dominance throughout the playoffs. Chicago ultimately won the title in 1996 and cemented their legacy as one of the greatest teams ever. Michael Jordan and his teammates were able to amass an amazing 72 wins and 10 loses during the 95-96 campaign. The Golden State Warriors would break that record when they won 73 games during the 2015-2016 season. However, the Warriors couldn’t bring home the championship that season, unlike the Bulls.

The Dominance Of MJ

The 1995-1996 Chicago Bulls had the greatest player of all-time on their side, Michael Jordan. Besides Michael Jordan, Scottie Pippen, and Dennis Rodman—the Bulls roster that 95-96 season was far from impressive. There have been more imposing teams in history when you judge them simply by names on a roster. The strength of the Bulls was their chemistry and commitment to winning. That chemistry and commitment can largely be attributed to Jordan’s greatness and unselfishness.

Before Jordan won his first ring in 1991 many questioned whether he could make his teammates better. Nobody ever doubted Jordan’s individual talent. But, could Jordan pass that determination he possessed to his teammates? The Los Angeles Lakers’ Magic Johnson and the Boston Celtics’ Larry Bird were winning multiple rings before Jordan ever won his first. They were thought of as players who made the ones around them better. They both were looked at as leaders and were often compared to Jordan when he was still a player on the rise. The Hall of Fame duo was widely viewed as unselfish individuals who put the team above their personal statistics. The common criticism Jordan faced was that he was too enamored with winning scoring titles to put the Bulls above his own accomplishments. When Phil Jackson became Chicago’s head coach in 1989—he quickly helped to change the public’s perception of the type of player MJ was capable of being.

Phil Jackson implemented the “triangle offense” into the Chicago’s play calling as soon as he was named their coach. The offense was designed and built around the concept of involving every player in every play. The triangle put an emphasis on a team’s spacing and reaction to what the defense was giving them. It was the perfect counter to opposing squads putting all their defensive focus on Michael Jordan. He could have easily rejected the offense and MJ and Jackson have both admitted in the past that the greatest scorer the NBA has ever known didn’t instantly embrace the system. It didn’t take too long for MJ to utilize the offense and all the perks that came with it. By Jackson’s second season as Bulls head coach—Chicago won a title. 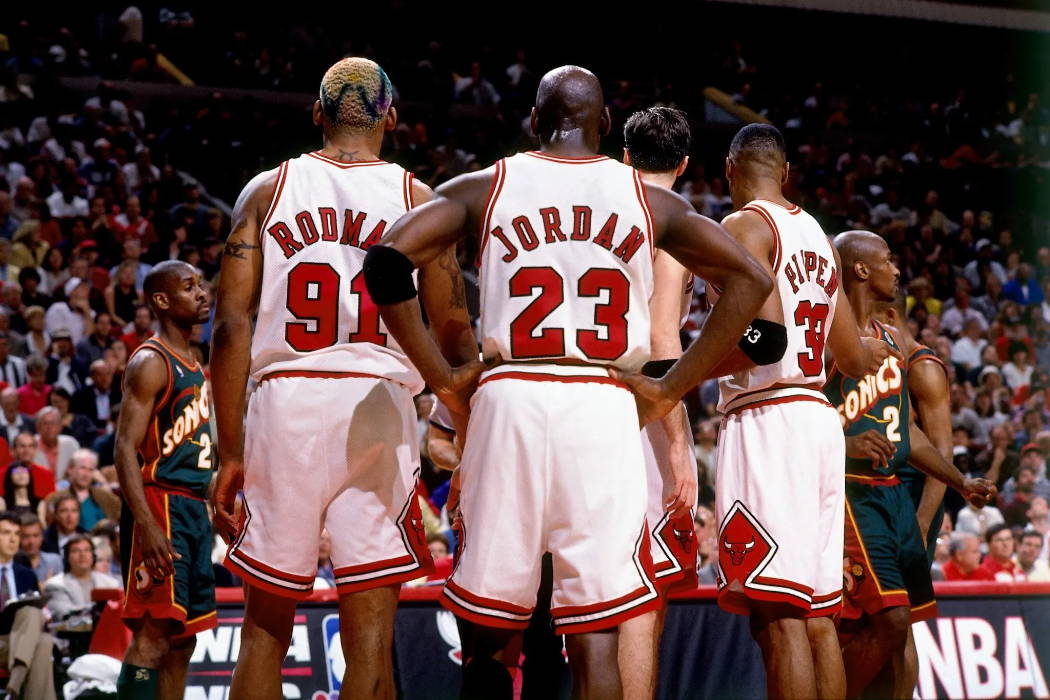 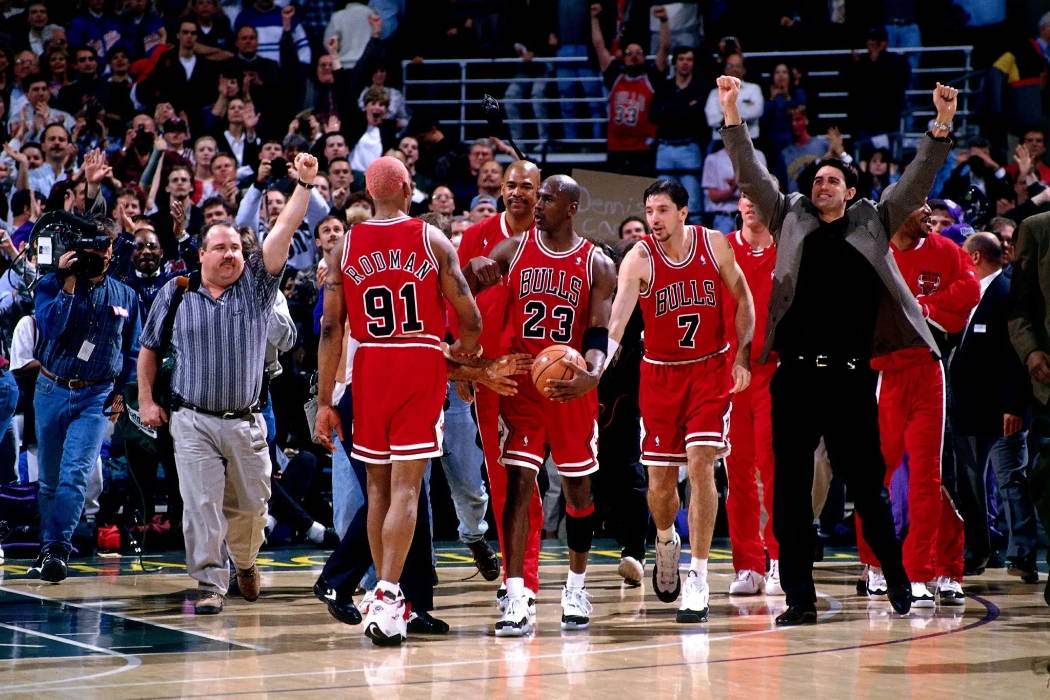 Jordan’s acceptance of the triangle offense led to Scottie Pippen becoming the perfect companion to Jordan and his skills. Pippen was able to flourish under Phil Jackson and his all-around game took a lot of the weight off number 23 on both ends of the court. Pippen was an excellent facilitator and seemed more comfortable involving others rather than scoring on his own. Scottie Pippen didn’t demand the ball or the spotlight and that allowed MJ to be MJ. It also prevented friction between the superstar teammates. That was infamously a problem Jackson had to contend with when he coached the Los Angeles Lakers years later. The Lakers won 3 titles with Jackson coaching Kobe Bryant and Shaquille O’Neal as teammates. But the two superstars clashed publicly. In recent years Pippen has voiced displeasure towards MJ, but when they played together, there seemed to be little animosity. At least none that was shared publicly, unlike the relationship of Shaq & Kobe.

Mike was probably a more impressive force before Phil Jackson became his coach. He scored more points and had more offensive freedom before the triangle offense—but MJ became a leader and better teammate under Phil Jackson. He started to understand and embrace the idea that a team is much more difficult to defeat than a single player. His 6 rings in 8 seasons is an accomplishment very few great players can rival. As dominant as he was offensively—he arguably became even more dominating as a player when he accepted the idea of team oriented basketball.

The 1995-1996 Chicago Bulls squad is truly a historic one. That momentous season wasn’t just a fluke—it was the culmination of many years of hard work and dedication. The season after the Bulls shattered the record for wins by going 72-10, they followed that up with 69 wins during the 96-97 campaign. No squad in history before Chicago had won 70 games, and the Bulls almost pulled the feat off in back-to-back seasons. That high level of consistency proves that the Bulls as an organization had mastered a formula that was successful. The Chicago Bulls during their 6 rings in 8 year run were as dominant as any NBA squad ever. Much of that success can be credited to Michael Jordan and the personal sacrifices he was willing to make to allow the Bulls to become a dynasty for the ages.