The History of Allen Iverson and the Reebok Question

When Allen Iverson was drafted into the league in 1996, he instantly signed an endorsement deal with Reebok. During the duration of Iverson’s epic career, Reebok sneakers were on his feet. The player and the company experienced tremendous success together. Read on to learn about the Reebok Question, the first sneaker released for Allen Iverson by Reebok.

Reebok needed a superstar in the mid-1990s. Reebok was looking for a face of the company. A fresh and charismatic star that could lead them to a whole new level of success. Allen Iverson was the perfect basketball star for what Reebok wanted. Iverson was electrifying on the court and had a genuine connection to young people off it. Iverson was a legend when he played college basketball for the Georgetown Hoyas. His height, barely six feet tall, allowed young people to connect with him differently than they would a seven foot center. Iverson was also rooted in hip hop culture. He dressed and carried himself in a way that aligned to the music and style kids were most interested in at the time.

Allen Iverson was drafted by one of the biggest teams in the NBA, the Philadelphia 76ers. Iverson was the number one pick and expectations for him were high. Iverson was only 21 when he entered the league, but his impact on his team and the NBA was colossal from the start. He would earn Rookie of the Year honors after his first season in the NBA. His highlight reel during his first season is still awe inspiring to this day. The crossovers and above the rim plays have not lost any luster decades later. 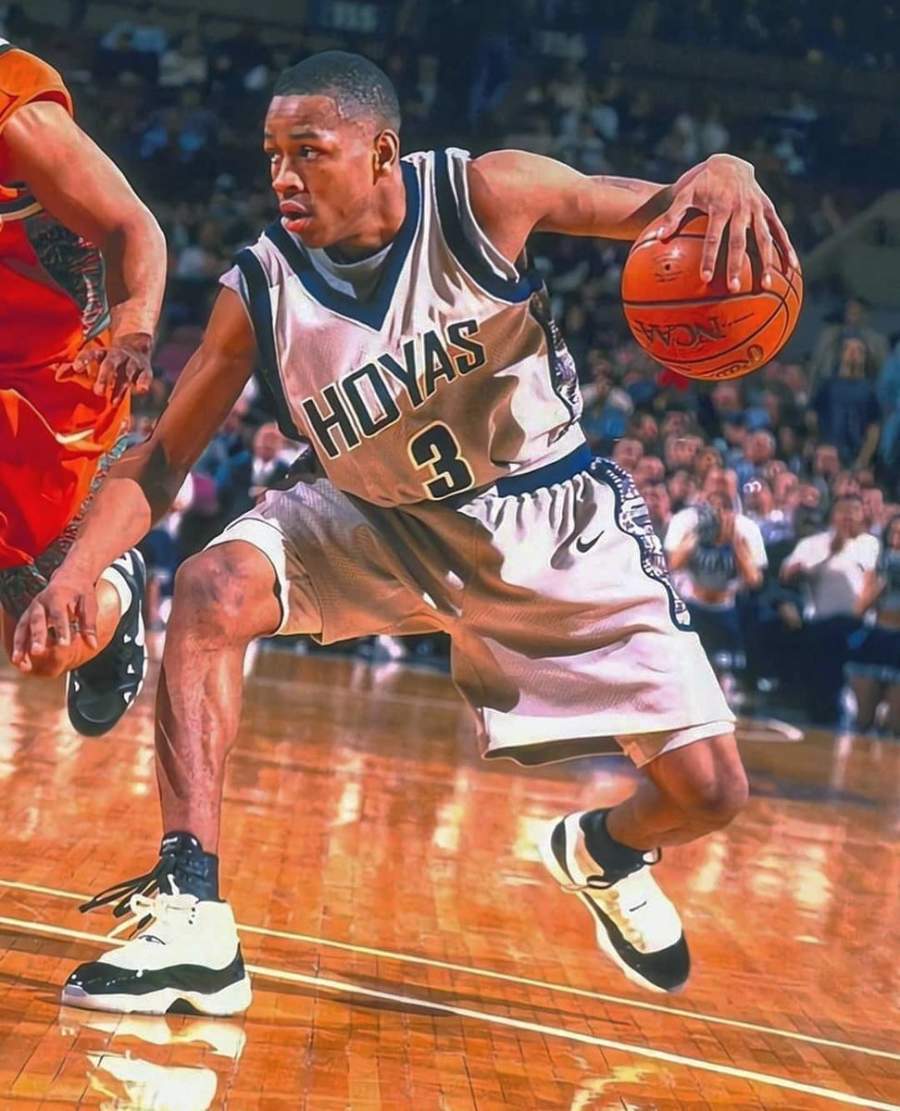 When Allen Iverson received his signature line for Reebok, signature lines were still quite rare. Especially when you consider Iverson got a signature deal straight out of college. The first Reebok Question that debuted was the “Red Toe” colorway. The Reebok Question, especially in the Red Toe OG colorway, is still a sneaker icon today. Not that he needed it, but his red toe shoes made it impossible for Iverson to be missed on the court. It helped him to standout, even though he did not require the assistance. 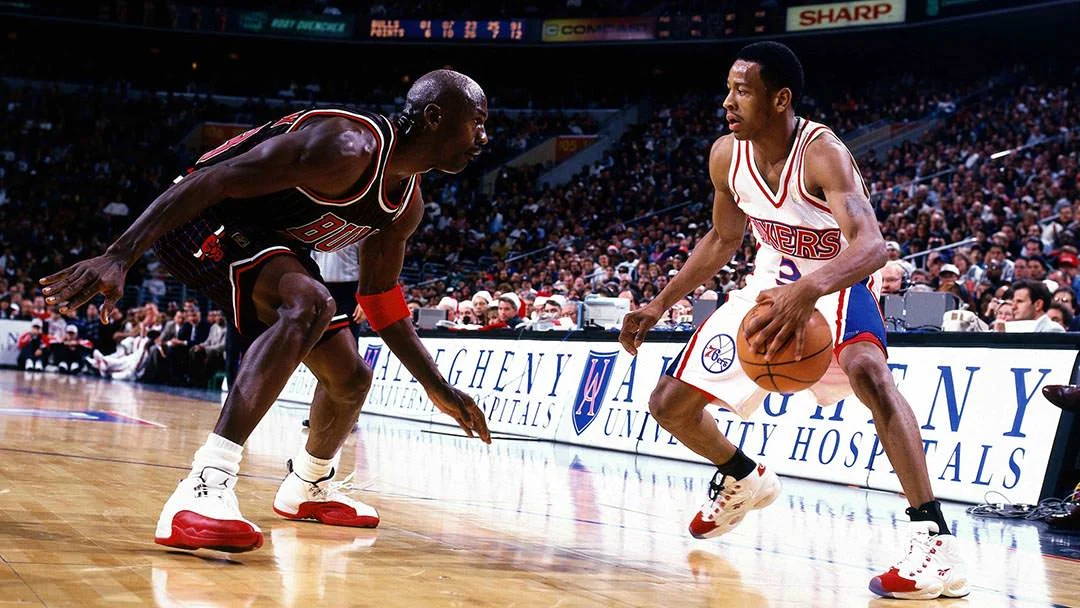 Iverson is one of the rare sport’s figures who might be just as relevant in retirement, as he was as an active player. His relationship with Reebok is still going strong with retro releases being consistently released. The latest from Reebok and Iverson honors another Philadelphia legend, Julius Erving. In the 2002 all star game, Iverson wore the number 6 as a tribute to Erving. This Question Mid pays homage to that game and the gesture by AI. The pair has the #6 emblazed on it.

You can find the Reebok Question Mid “Dr. J” at Shoe Palace. 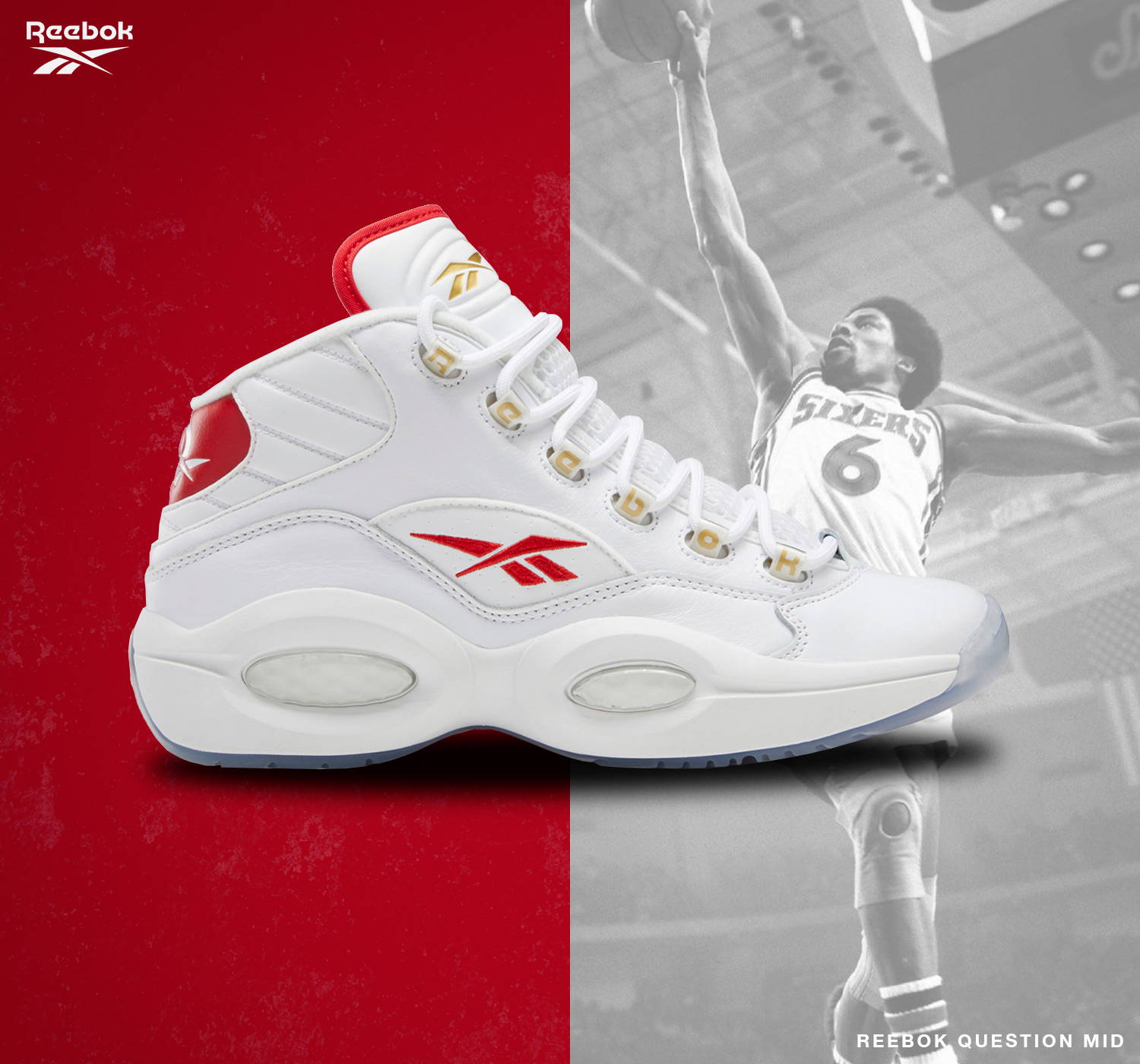 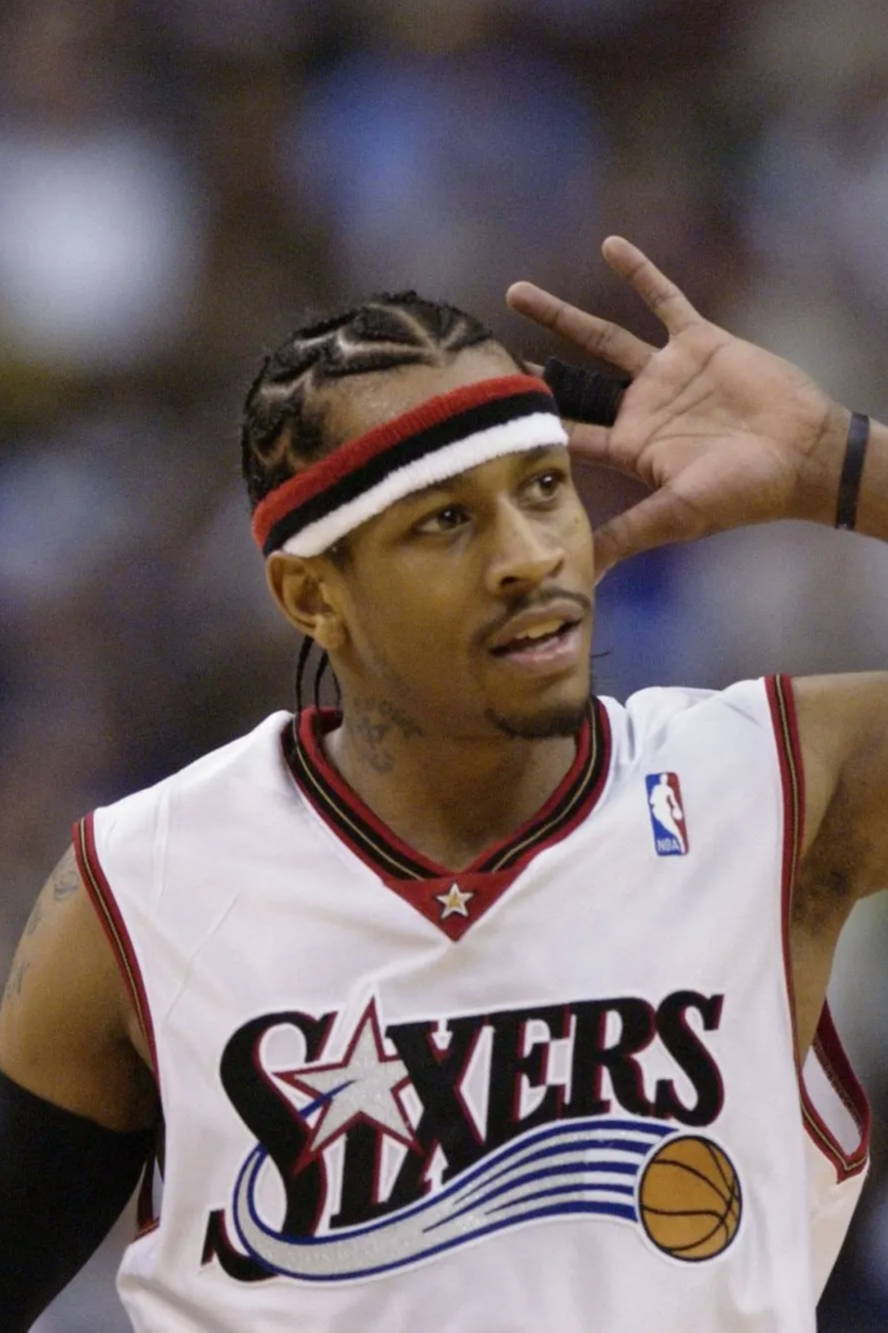 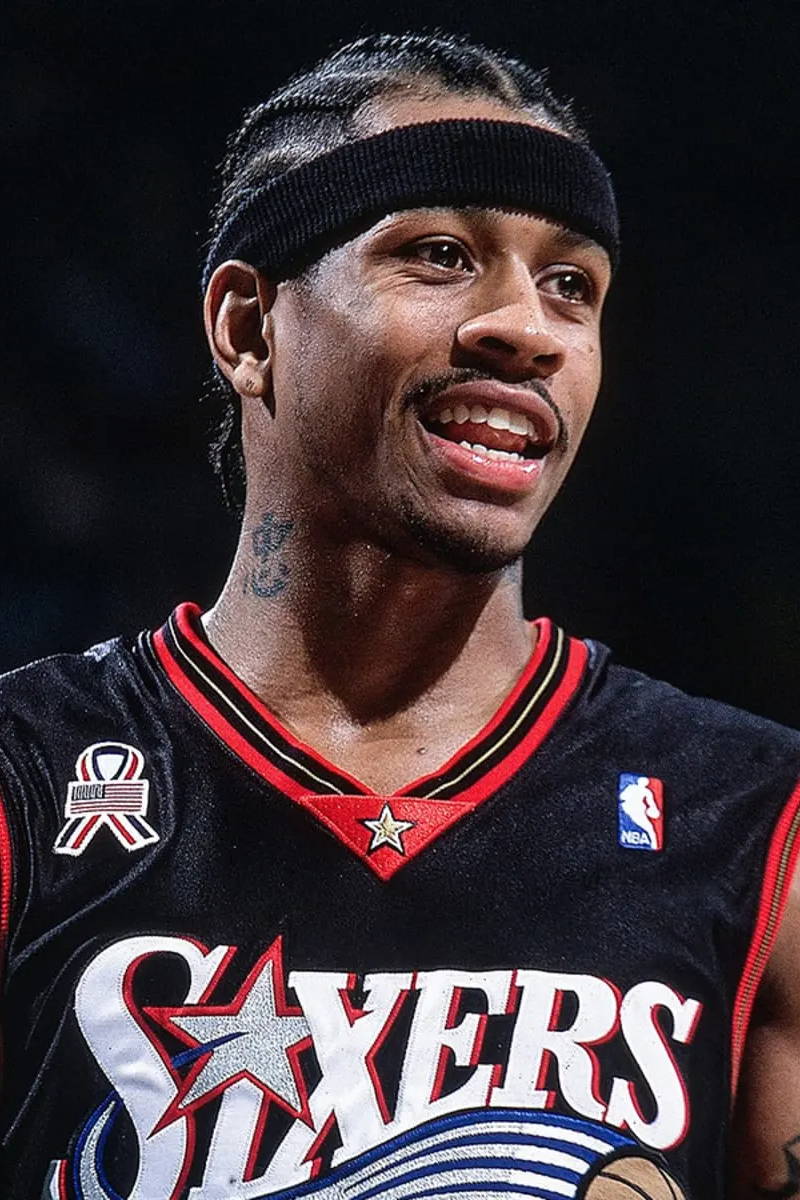 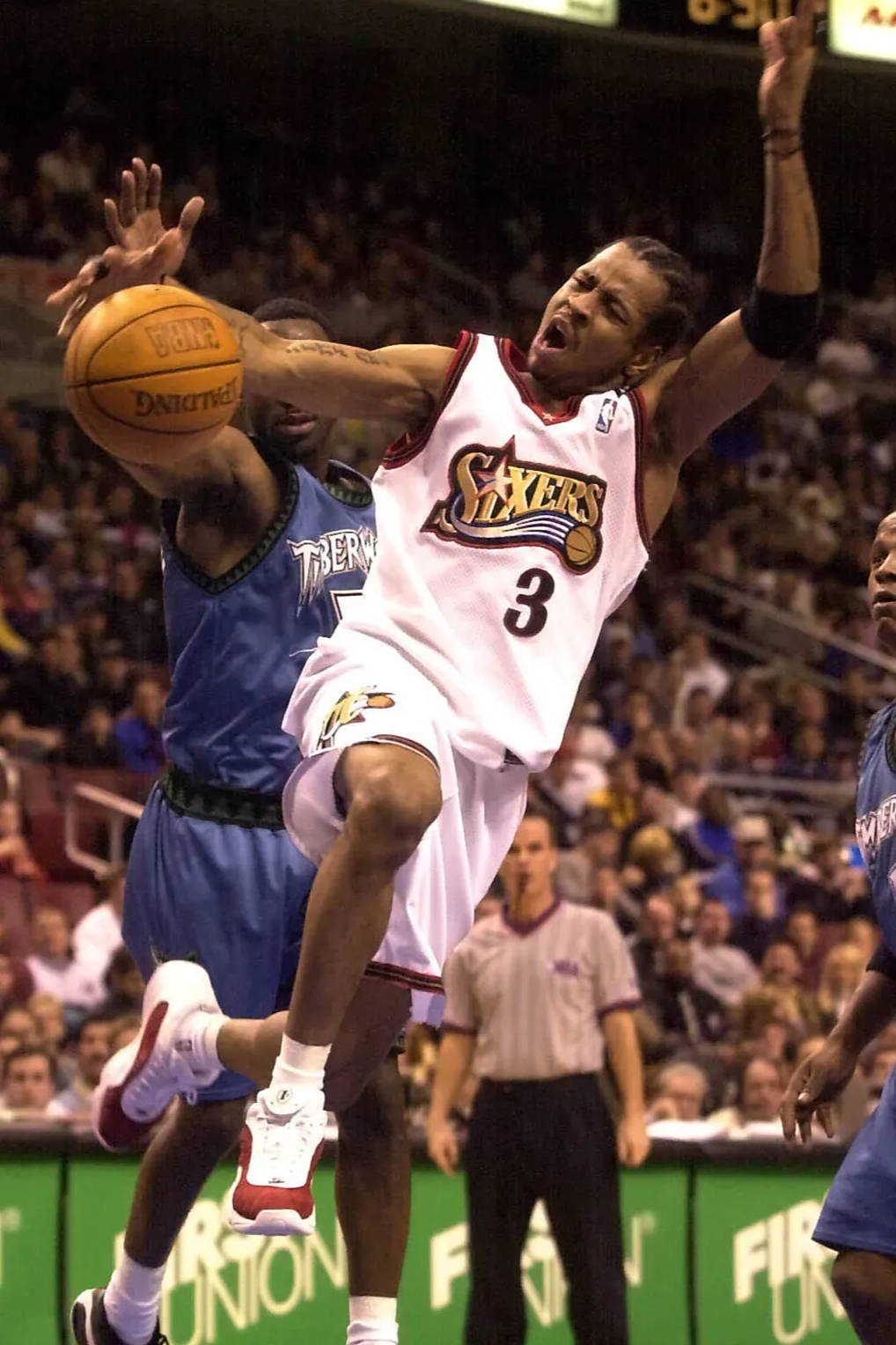