The History of the Air Jordan 16

The Air Jordan XVI was the first Air Jordan shoe in a long, long time to not be designed by Tinker Hatfield. The shoe represented a new chapter of MJ’s life and career. When the 16 released Jordan was settling into his role as President and part owner of the Washington Wizards. 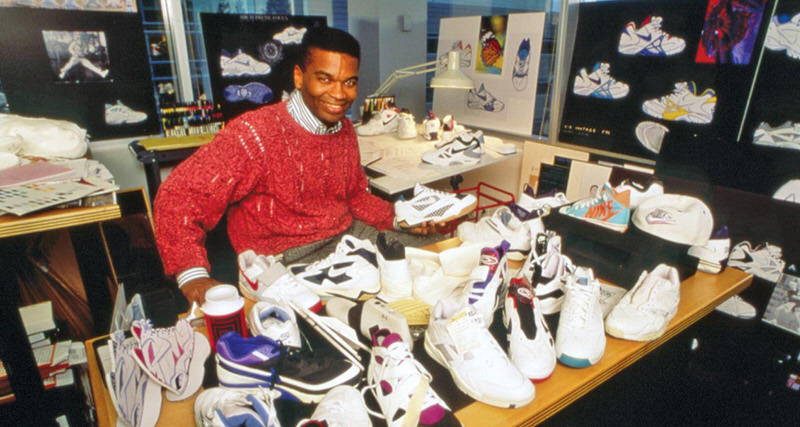 The Air Jordan 16 released in 2001. It originally had a retail price of $160. Wilson Smith III had the unenviable task of replacing the legend, Tinker Hatfield, as the 16’s designer. Tinker was stepping away from Jordan Brand as a designer for the first time in over a decade. Smith took MJ’s current role in the front office for the Washington Wizards and used it to motivate the look of the XVI.

The Air Jordan XVI was reminiscent of a marching boot. It might be best remembered for its magnetic shroud. That lace cover device was a key design component that instantly transformed it from a basketball shoe to a shoe that could be worn with formal attire. You could imagine MJ wearing the 16, minus the shroud, during executive meetings for the Wizards.

When the XVI was designed and released MJ was retired and was now the President and part owner of the Washington Wizards. His career as a basketball player was in the past… or was it? MJ stunned the world when he returned to the game of basketball for the Washington Wizards. The first time he stepped foot on the court in the Wizards uniform, he had the Air Jordan 16 “Ginger” colorway on his feet. 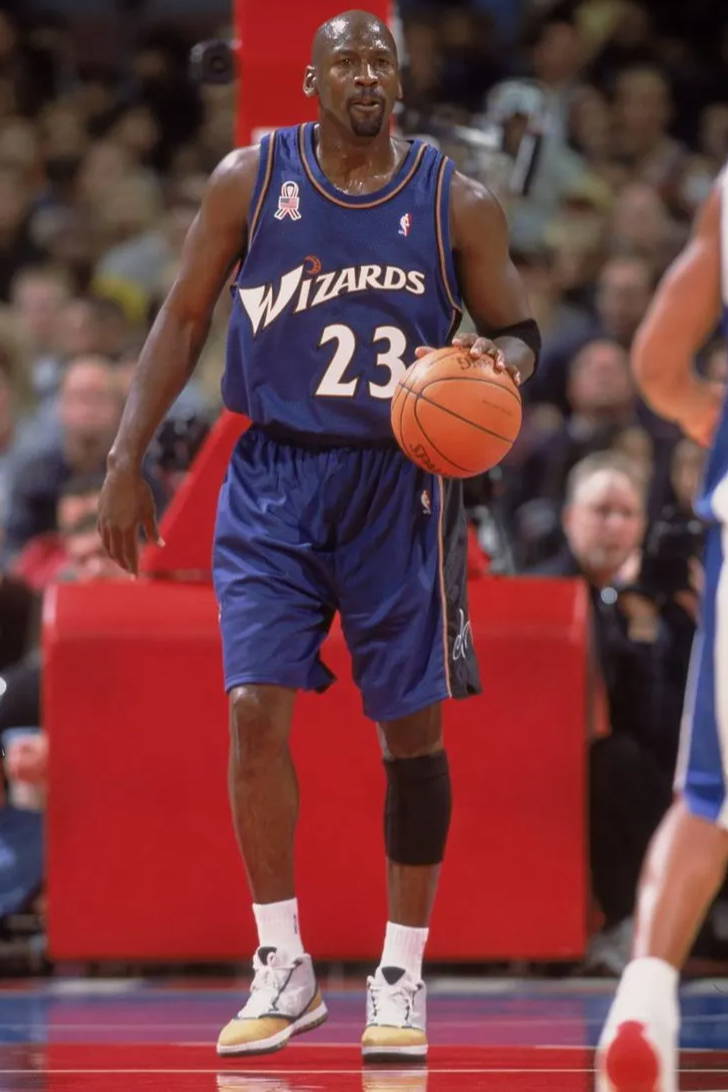 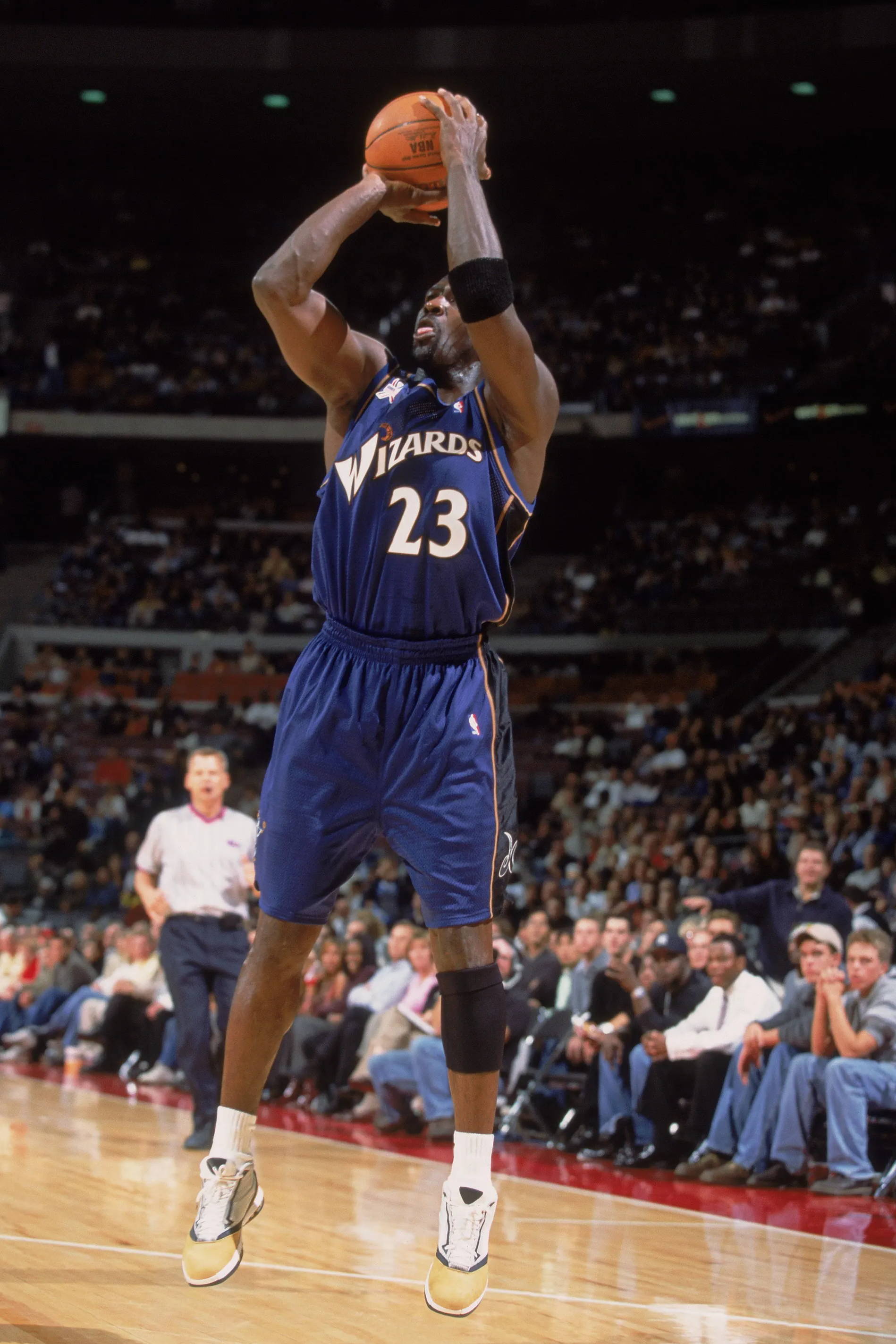 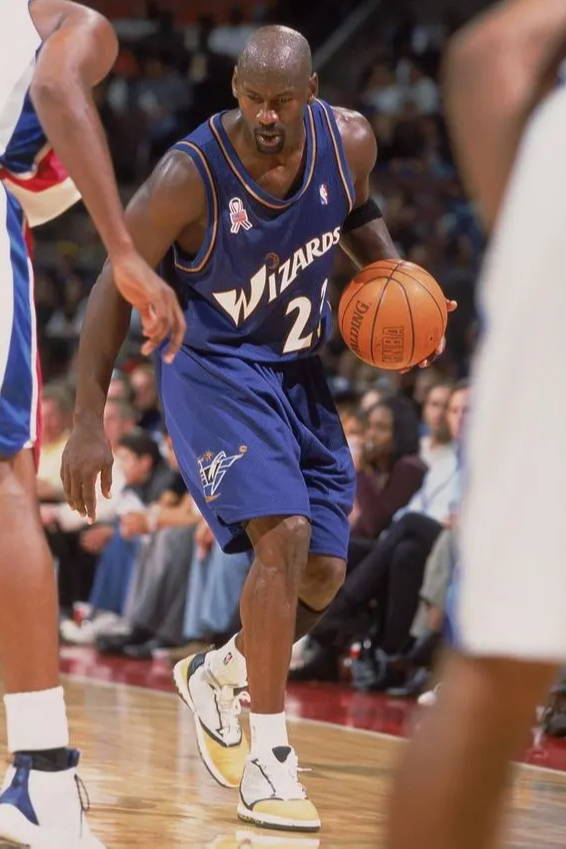 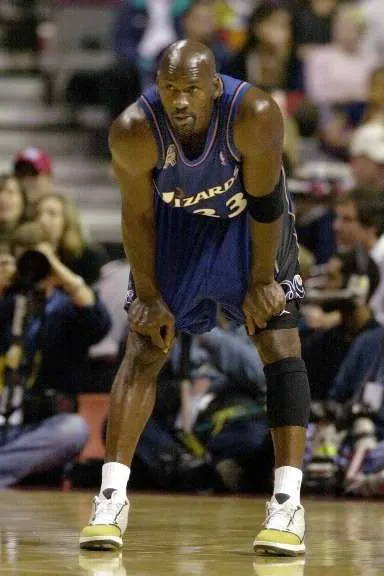 The Legacy of the 16

When the XVI was released, it seemed unthinkable to imagine Jordan ever wearing them in a game. When MJ returned to the court in 2001, for the Washington Wizards, in the XVI, it made the shoe one of the most memorable Jordan Brand sneakers. The XVI does not get the love and admiration the lower numbered Jordan shoes, largely all designed by Tinker Hatfield, do in the sneaker world. But its legacy is a unique one in the Jordan Brand franchise.