The History of New Era

New Era is more than a creator of headwear. They have made caps an essential piece of our wardrobes. Learn more about the first 100 years of New Era below.

In 1920, German immigrant Ehrhardt Koch founded the New Era Cap Company in Buffalo NY. In the early twenties, New Era hand-made their hats to mirror the popular styles of the time period—from paperboy to Gatsby styles. New Era solidified itself as a family business in 1924, when Koch’s son Harold joined his father to help run the growing company.

In the early thirties, Harold realized just how popular the sport of baseball was becoming. He saw that the paperboy and Gatsby style hats were not selling as they once had. He began designing a new product to mirror this—one that had a more uniform pattern, one that would be high performance as well as high quality. He took his new design on-site to sell in person, eventually resulting in acceptance by the Cleveland Indians baseball team—the first team to wear New Era hats on the field. 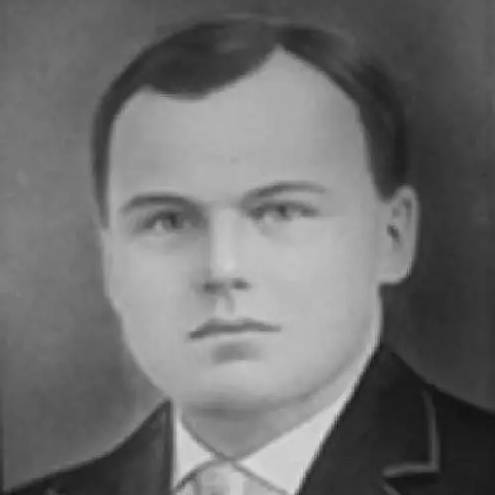 Manufacturing during the forties mirrored the state of the country during this decade, as the whole of the United States faced the repercussions of the Second World War. Fabric, along with many other resources, was harder to come by during this period, but the company carried on. Dyeing of the fabric used in production was even done in the Koch home to save costs. Despite production being very lean during this period, the company continued to grow in popularity, brand awareness, sales, and revenue. 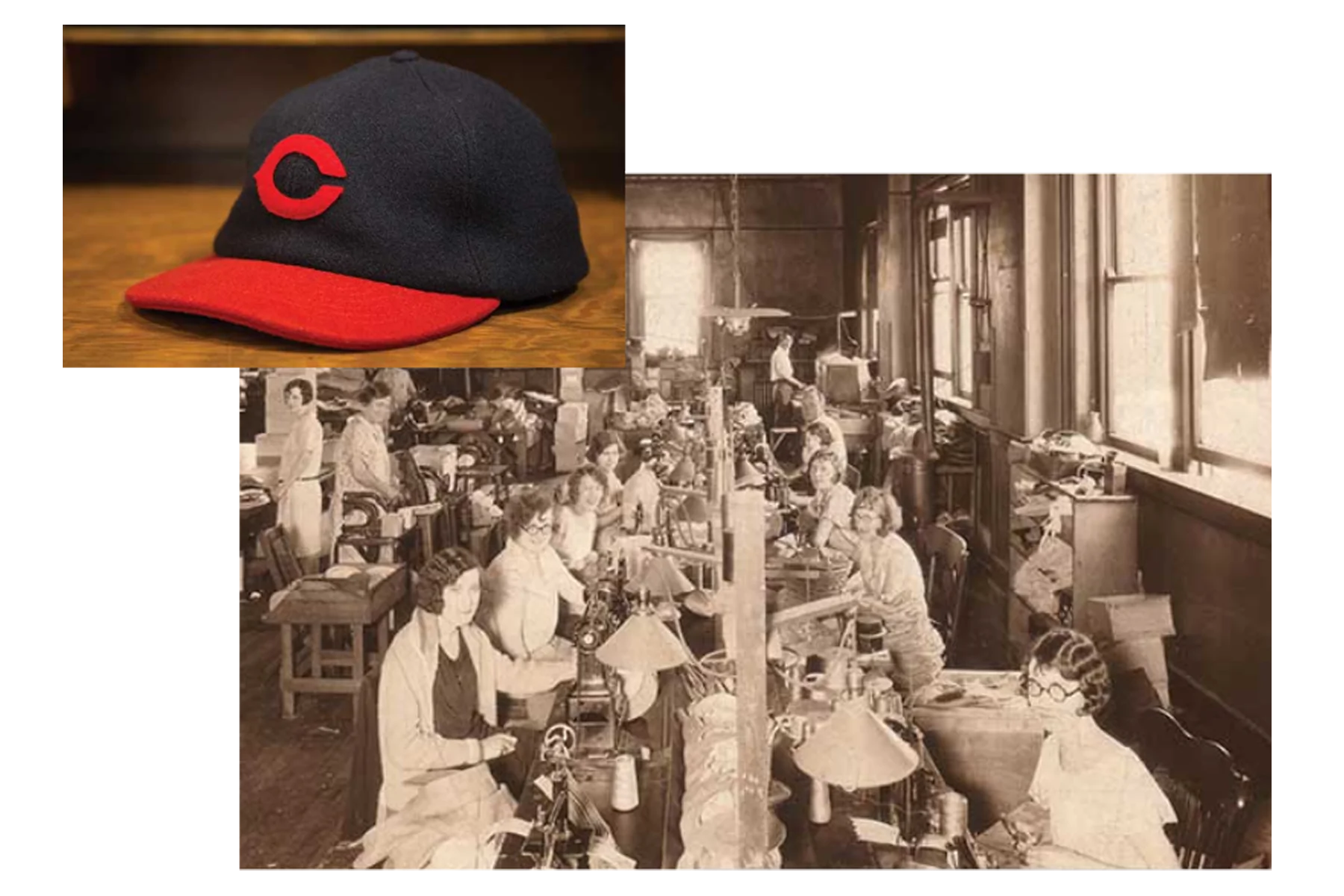 By the fifties, New Era was the only independent hat supplier that provided inventory to the MLB. With the growing popularity of the now mainstream hats, the natural next steps for the business were to make the increased needs of manufacturing easier and more consistent. This also allowed for the development of different configurations to allow customers to take advantage of various pricing ranges. With these changes came a redesign on the classic “fitted cap,” and the iconic 59FIFTY hat was born.

The sixties were monumental for New Era, as numerous outside services were moved internally, and all the embroidery on the now iconic hats was done solely within the company itself. In 1961, the company was invited to the prestigious Winter Baseball Meetings for the very first time. From there, New Era successfully was able to gain access to selling directly to Major and Minor League baseball teams within the states. This was huge for the company, creating cloud, consistency, and brand authority. 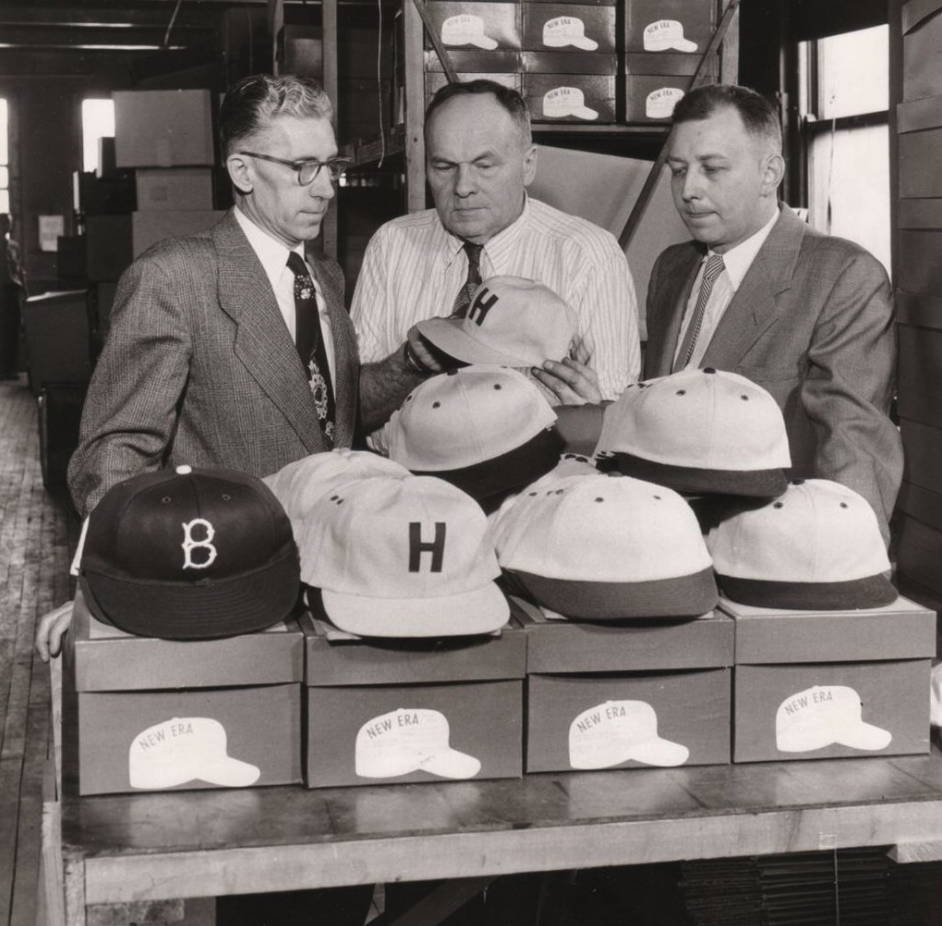 The seventies opened more creative channels for New Era, where the open strap-back cap style came into play, and the below visor color changed from green to gray, complying with compelling consumer data. Screen-printing during this time was implemented as well, which allowed for additional creativity. A key relationship was formed during this time with George Steinbrenner, owner of the Yankees at the time, further solidifying the relationship the business had within the sport of baseball. 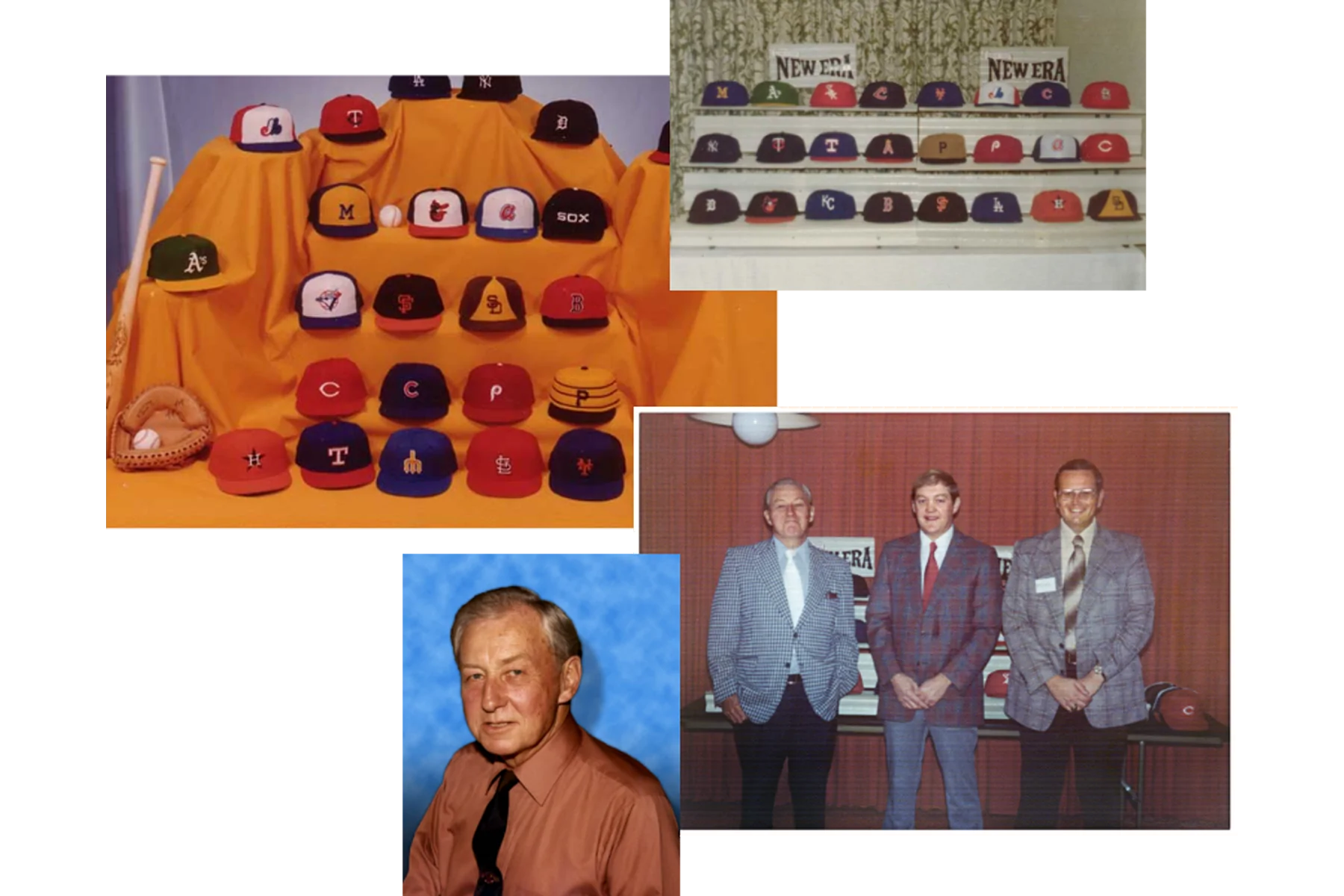 New Era’s relationship with sports only grew in the eighties, as the company opened production to include a broader spectrum of sporting teams that its growing number of styles and products now catered to. Ranging from college sports, AAA leagues, and even international, the company now had its products in even further reaches of the sporting world. Special orders were even made specifically for the military during this time, helping the company extend its reach and market even further. 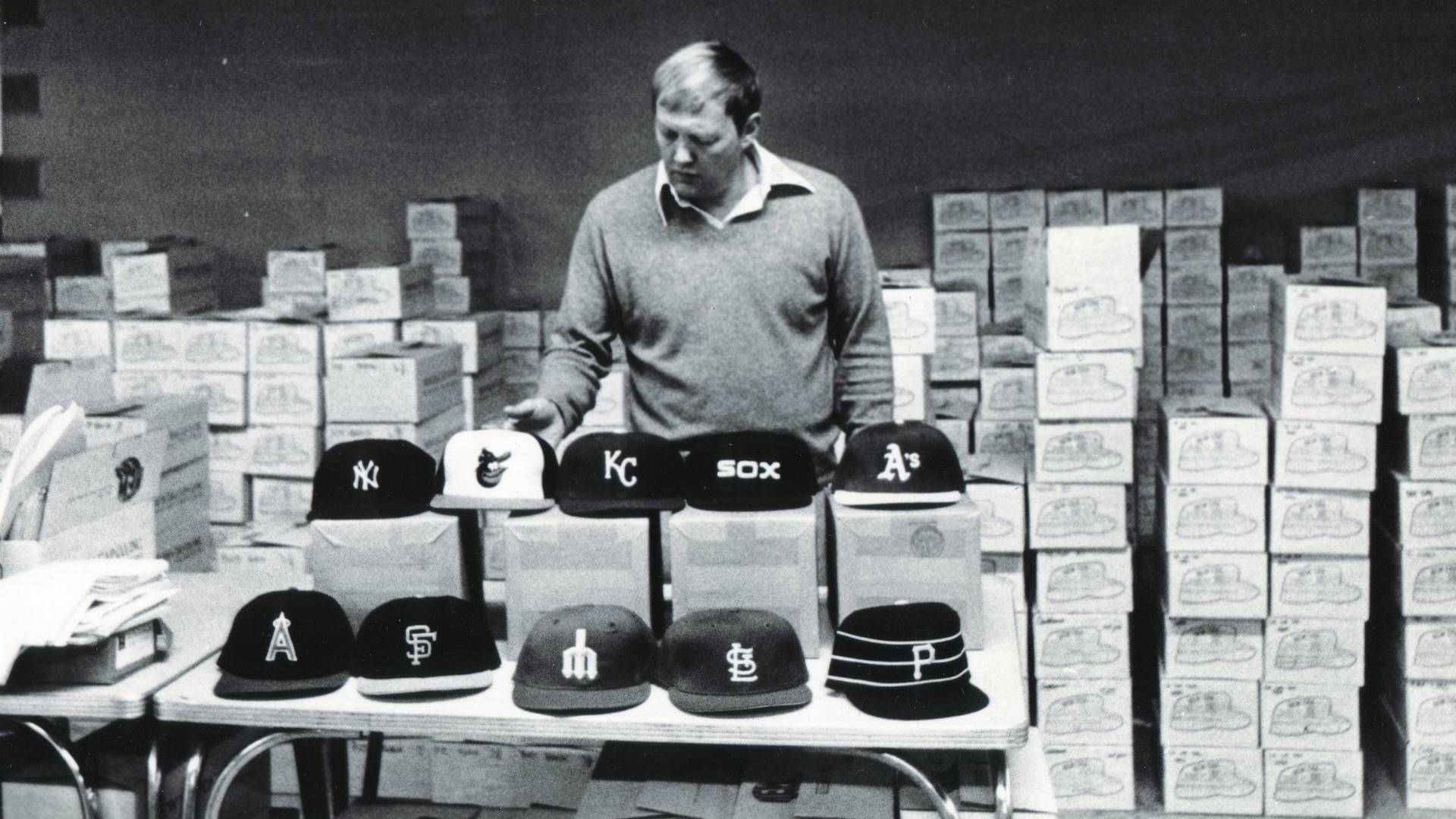 New Era became the official supplier of on-field caps for the MLB in the 90’s, further confirming the company’s role within baseball. With this came the standardization of the embroidered “batting man” to the back of the caps for authenticity. Brand recognition only grew from there with the now iconic visor sticker and additional flag logo. Notoriety was solidified when a personal request from Hollywood director Spike Lee came in, who would go on to appear in a corporate commercial in 1997. 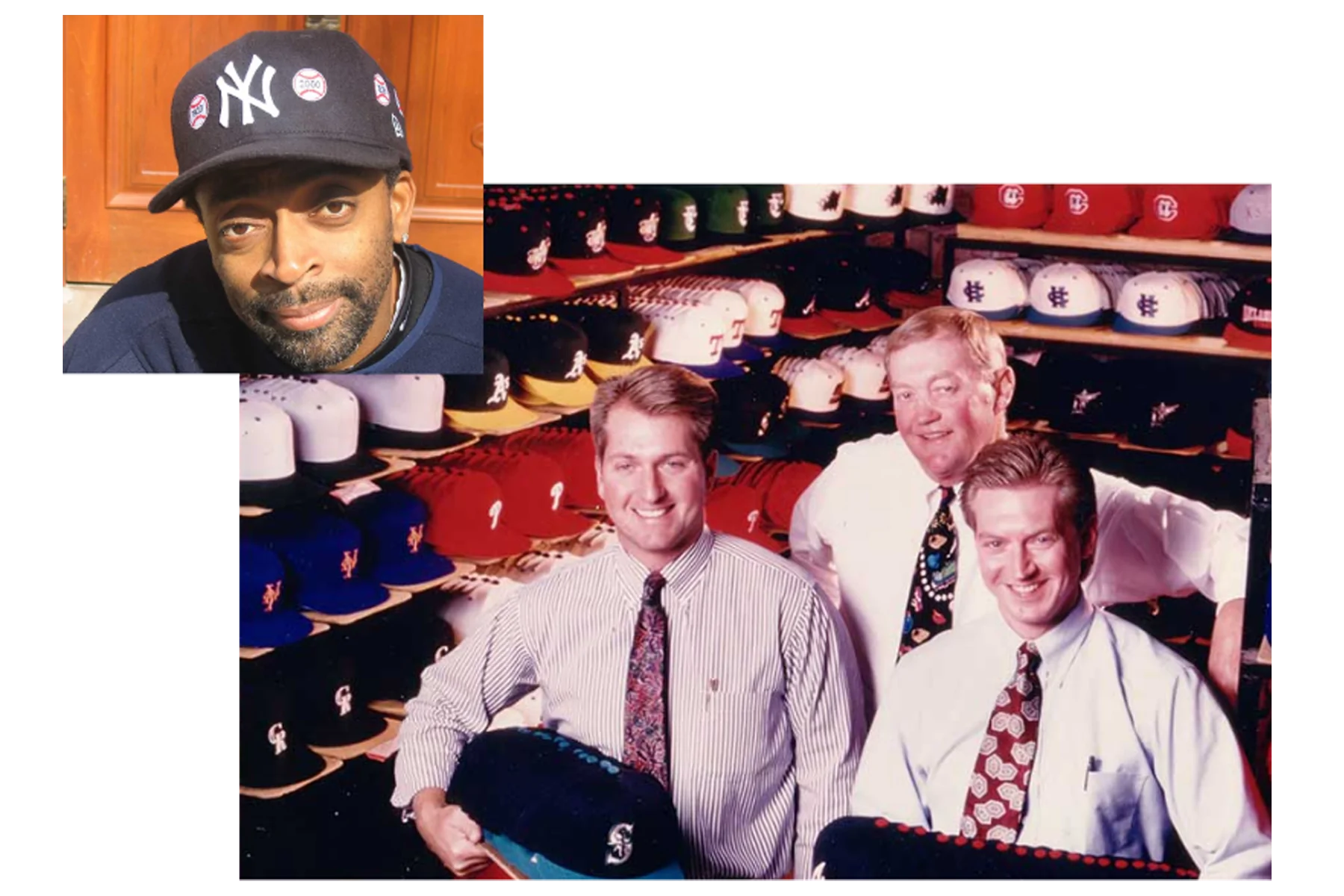 The new millennium held great expansion for New Era, as they opened their first offices outside of the US into Canada. The company’s globalization efforts continued with offices in Europe, Japan, and Australia, all within a two-year span. The company is now in 100 countries globally. This decade also saw new technological advancements to the product, with performance as the focus. New materials were developed that managed sweat and heat, while new coloring used under the visor reduced glare. 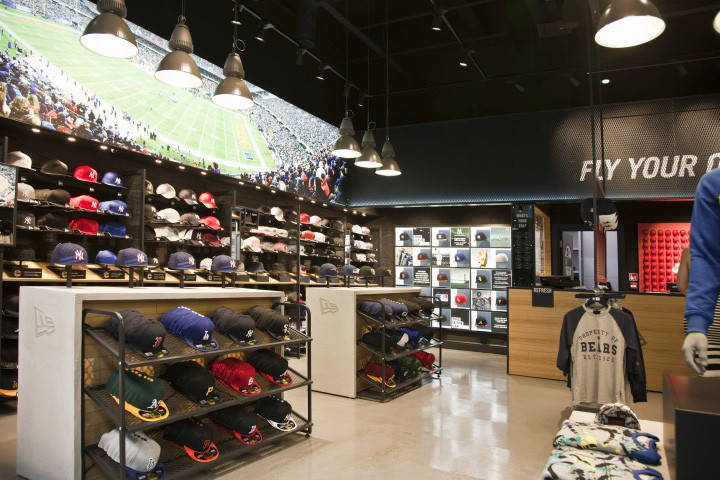 While New Era had now long been associated with the sport of baseball, the company now focused on delving into football. In 2012 they acquired full exclusive sideline rights for the NFL. Moving down the field even further, New Era signed an additional deal in 2015 with Manchester United, landing on soccer fields across the pond. With ties to the largest sporting leagues in the world, the only way to go is up.

In 2020, New Era celebrated its 100 year anniversary. You can find New Era products, including exclusive ones, at Shoe Palace. 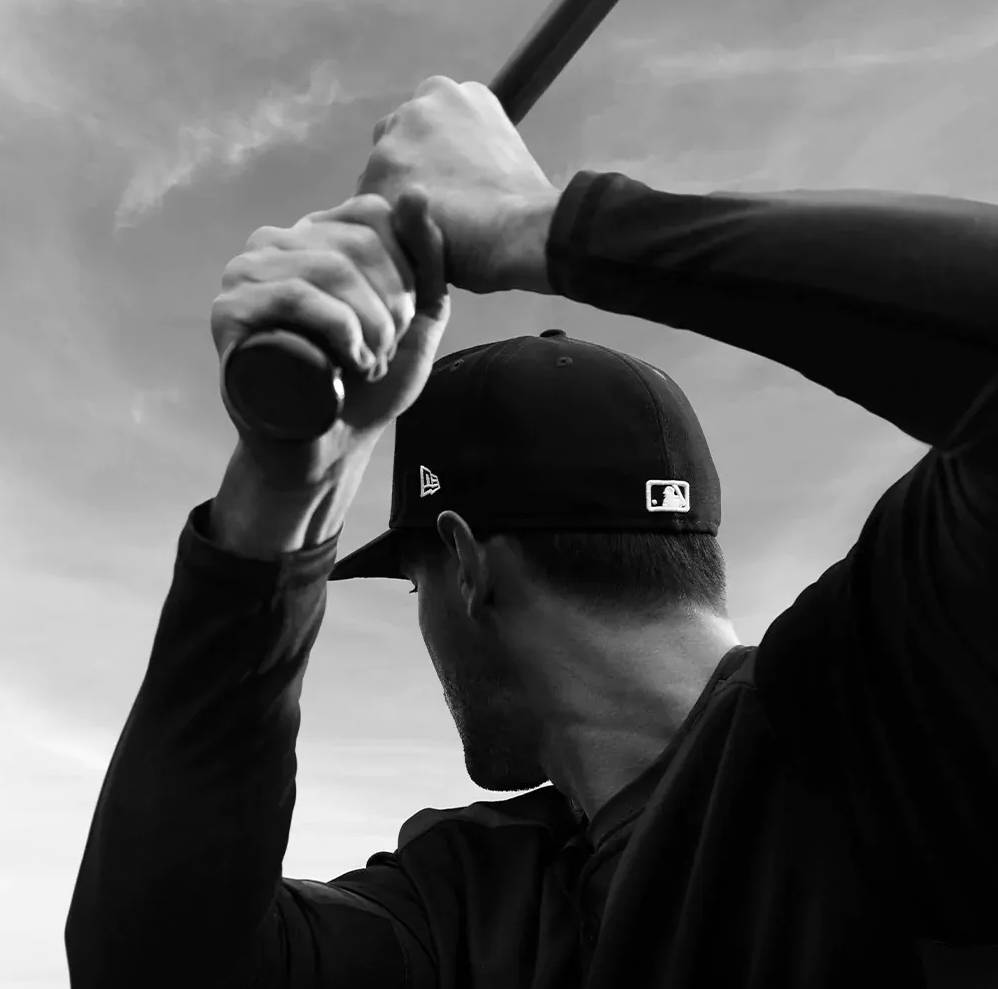