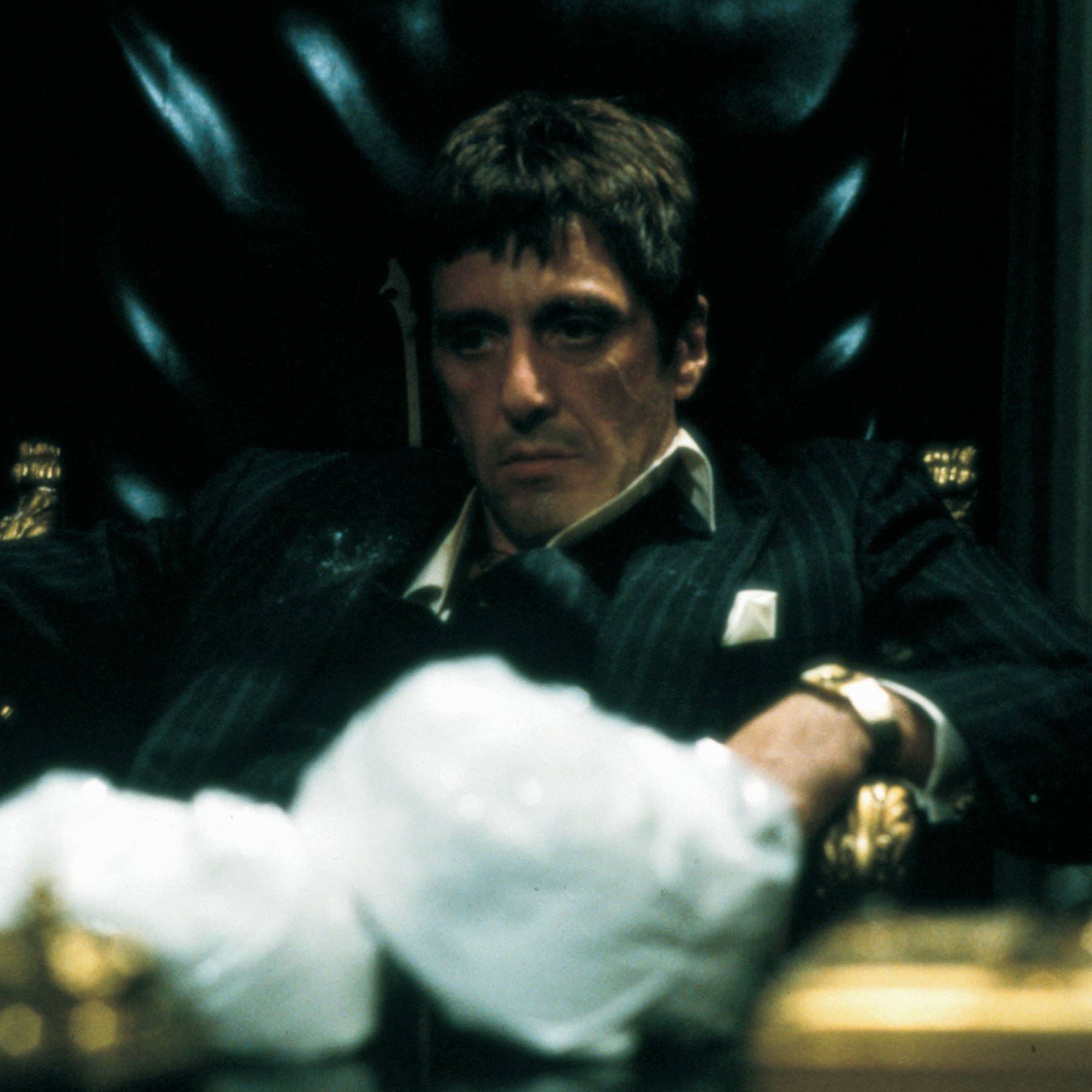 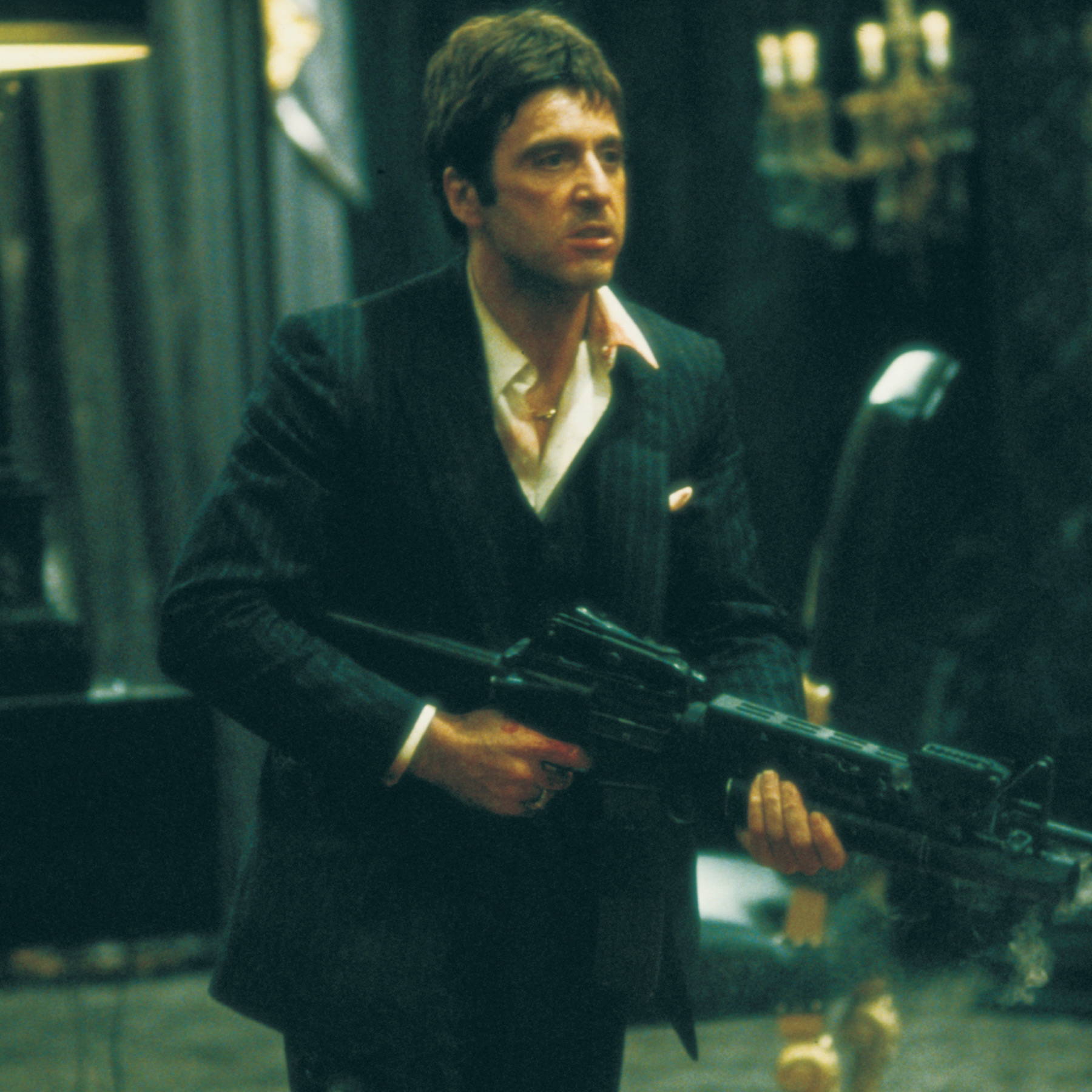 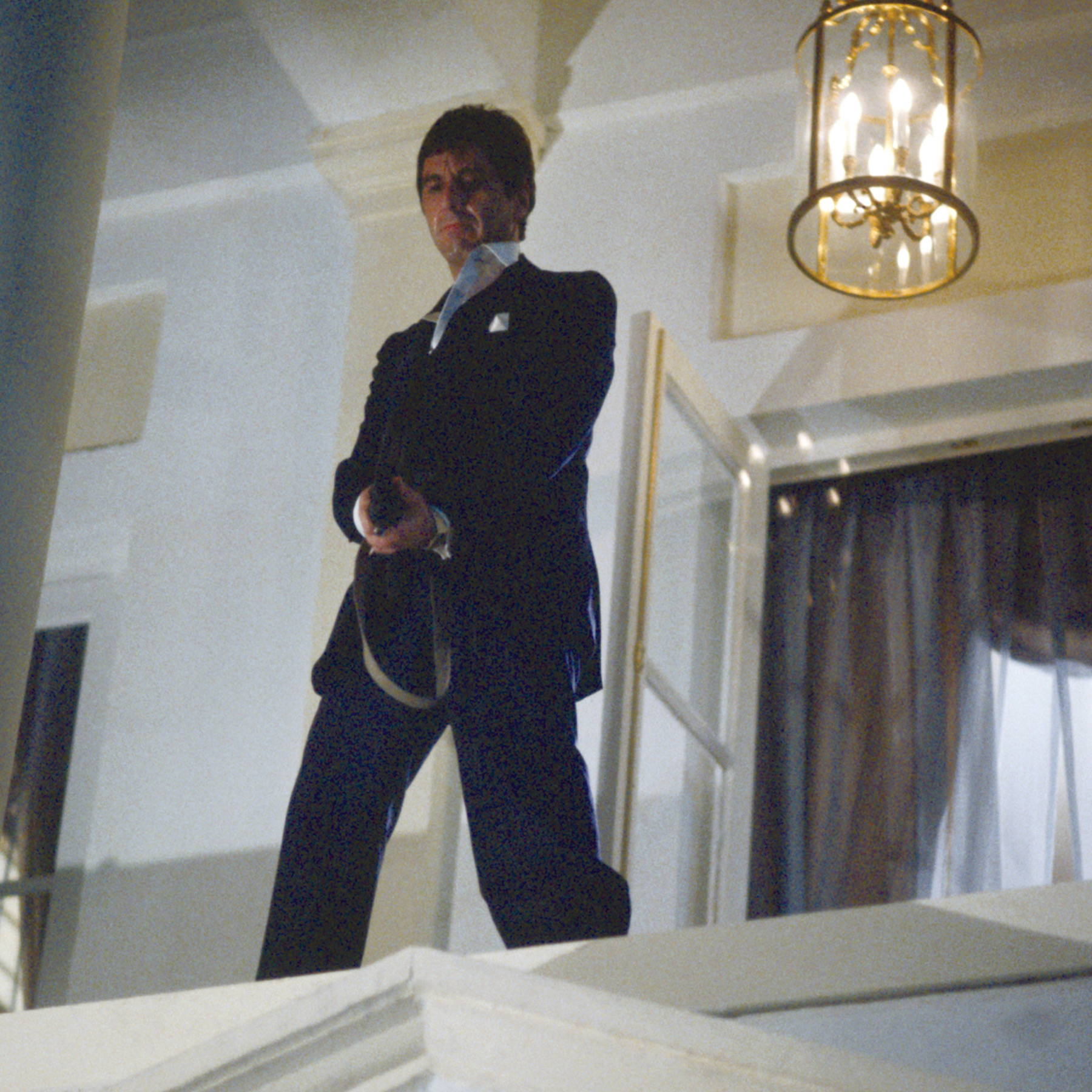 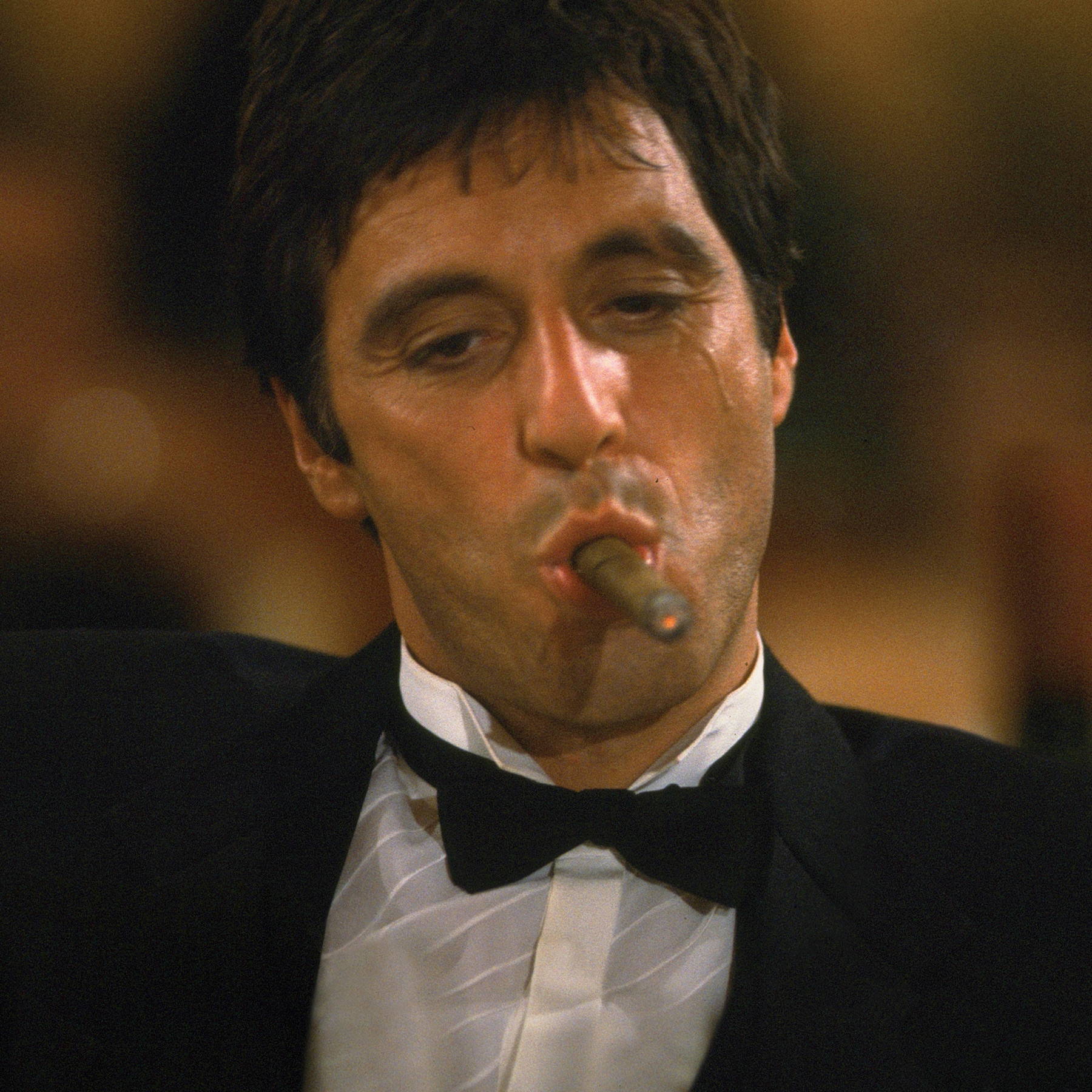 Scarface is one of the most iconic films of the past 50 years. Al Pacino’s performance as Tony Montana is to this day celebrated. The film opened in theaters on December 9, 1983.

In 1980, the port of Mariel Harbor was opened. Thousands would make their way to the United States. They all wanted the American Dream. Tony Montana was willing to do anything for his American Dream.

The story of Tony Montana, a Cuban immigrant set on achieving power and respect, has resonated with hip hop culture and cinema enthusiasts for decades. Every year, a new generation is introduced to Tony Montana.

Al Pacino could be our greatest living actor. The list of memorable projects he has appeared in includes The Godfather Trilogy, Heat and Donnie Brasco. Tony Montana might be Pacino’s most iconic character. Montana is a tragic and cruel figure, but Pacino’s performance has turned Montana into an antihero. The charisma of Pacino made it impossible not to like Montana, despite the horrible things he did. You can tell that Pacino really enjoyed playing the character. There are so many memorable lines and moments in Scarface. With a large majority being attributed to Pacino and Montana. 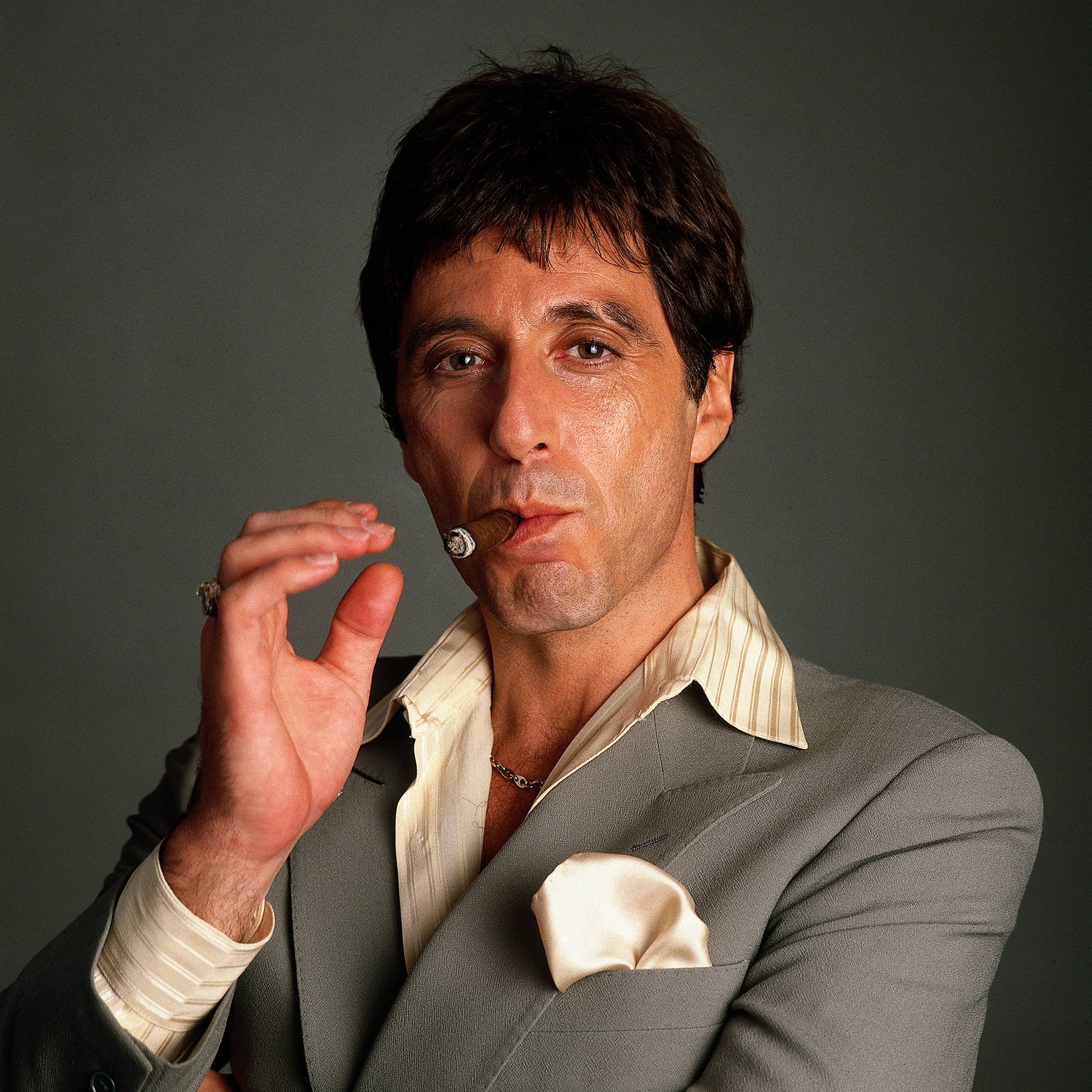 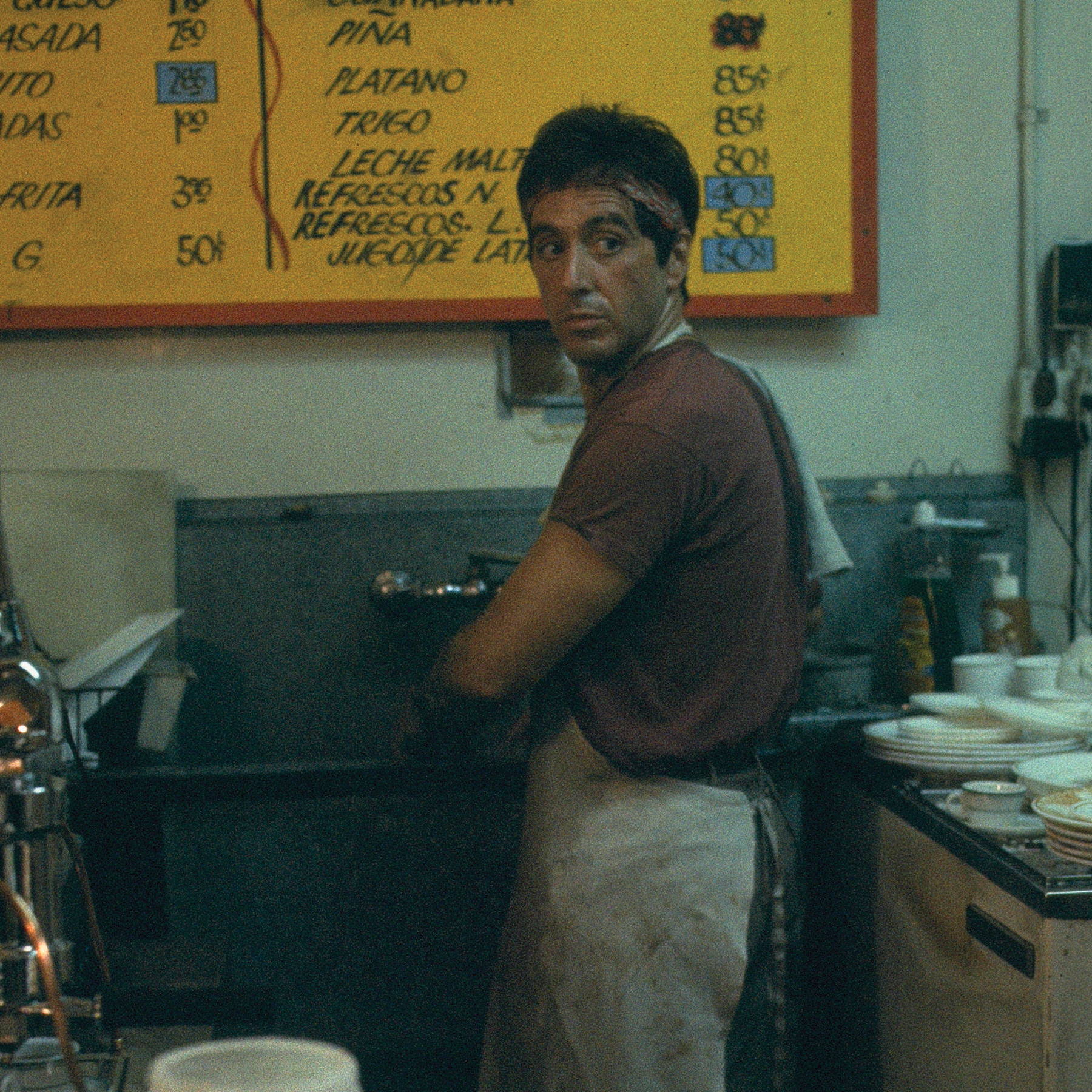 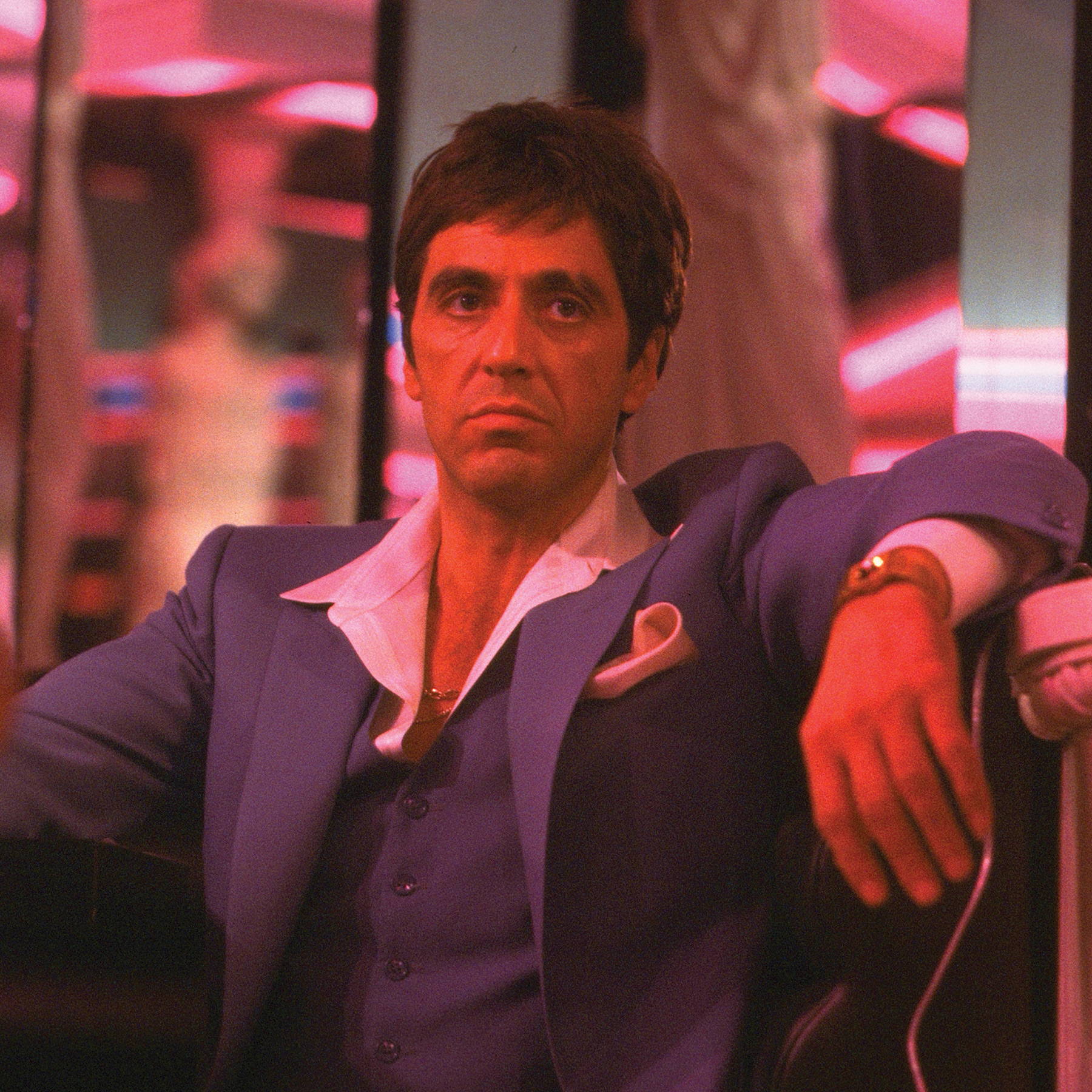 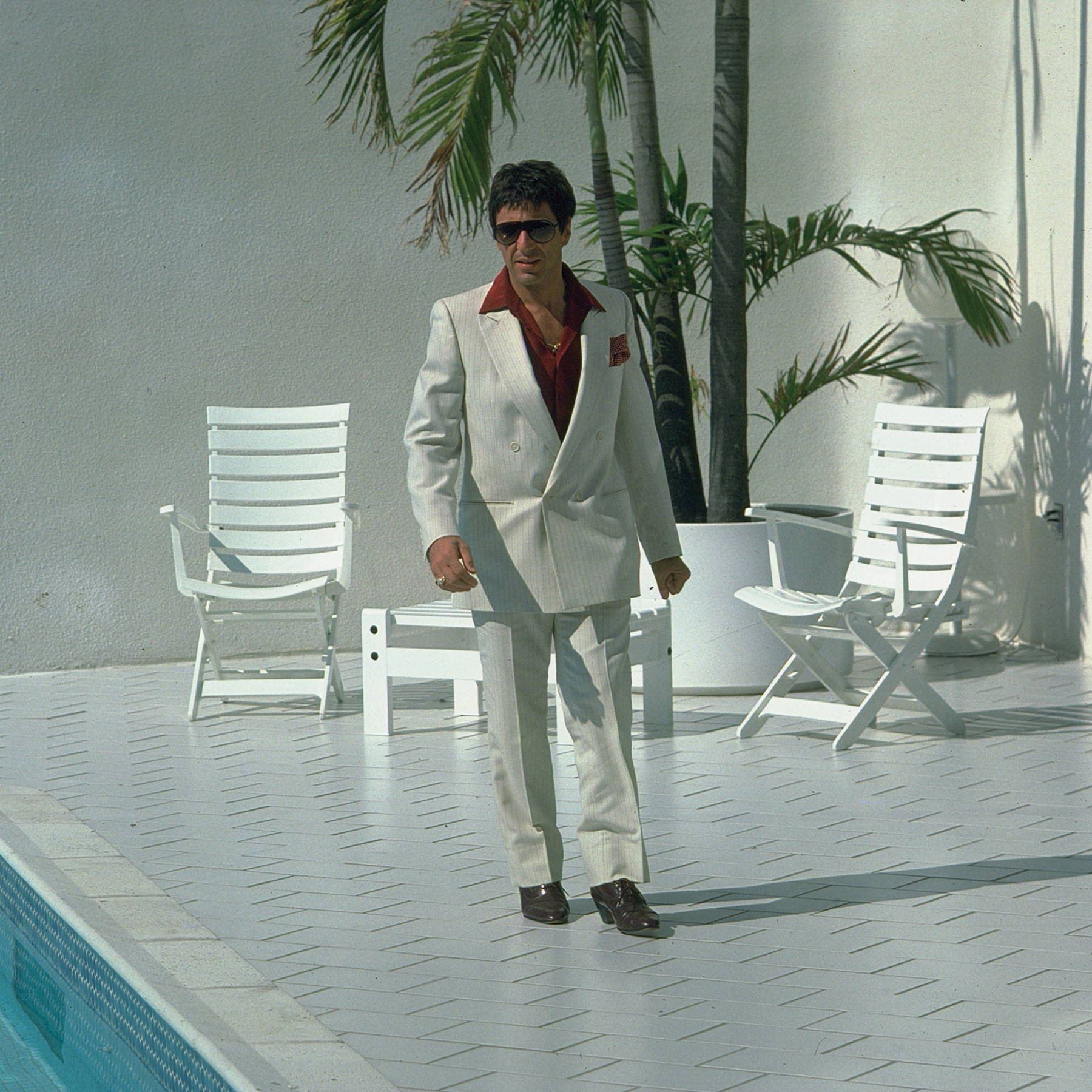 Brian De Palma’s film, based on a script by Oliver Stone, focuses on the dangers of excess. It is a cautionary tale about how easy it is to compromise your soul for power and material things. De Palma and Stone both set out to tell a violent and shocking tale. An over the top gangster epic that pulled no punches. They accomplished what they wanted, and because of this Scarface received a lot of criticism from critics and others.

Scarface originally received an X rating for its violence and content. In 1983, an X rating was unmarketable. De Palma had to edit and cut the film multiple times to get the ratings board to give his crime drama an R rating. The media got a hold of the story, and it sparked a debate about violence in cinema, and whether the Pacino film was being censored. There was controversy surrounding Scarface before it was even in theaters. 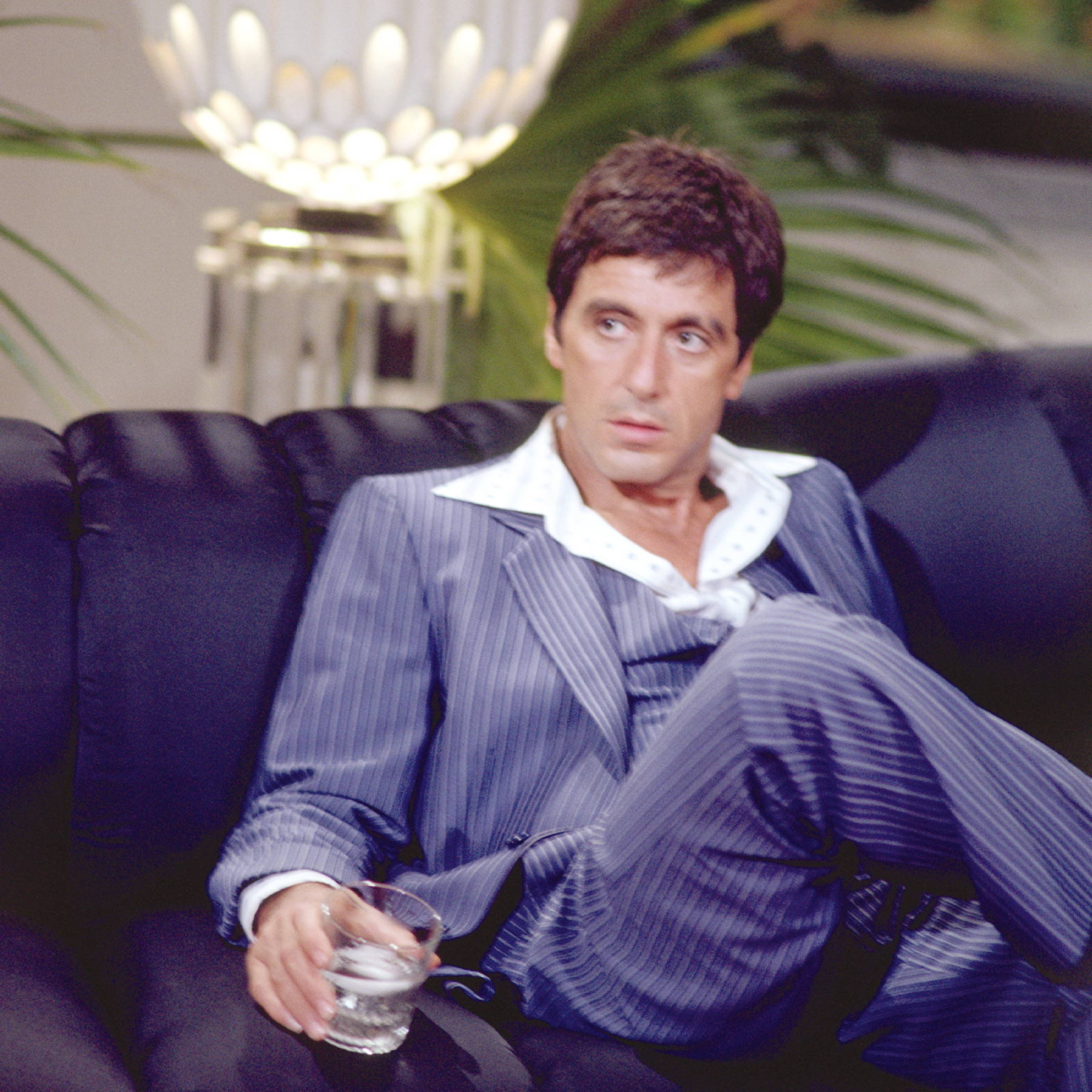 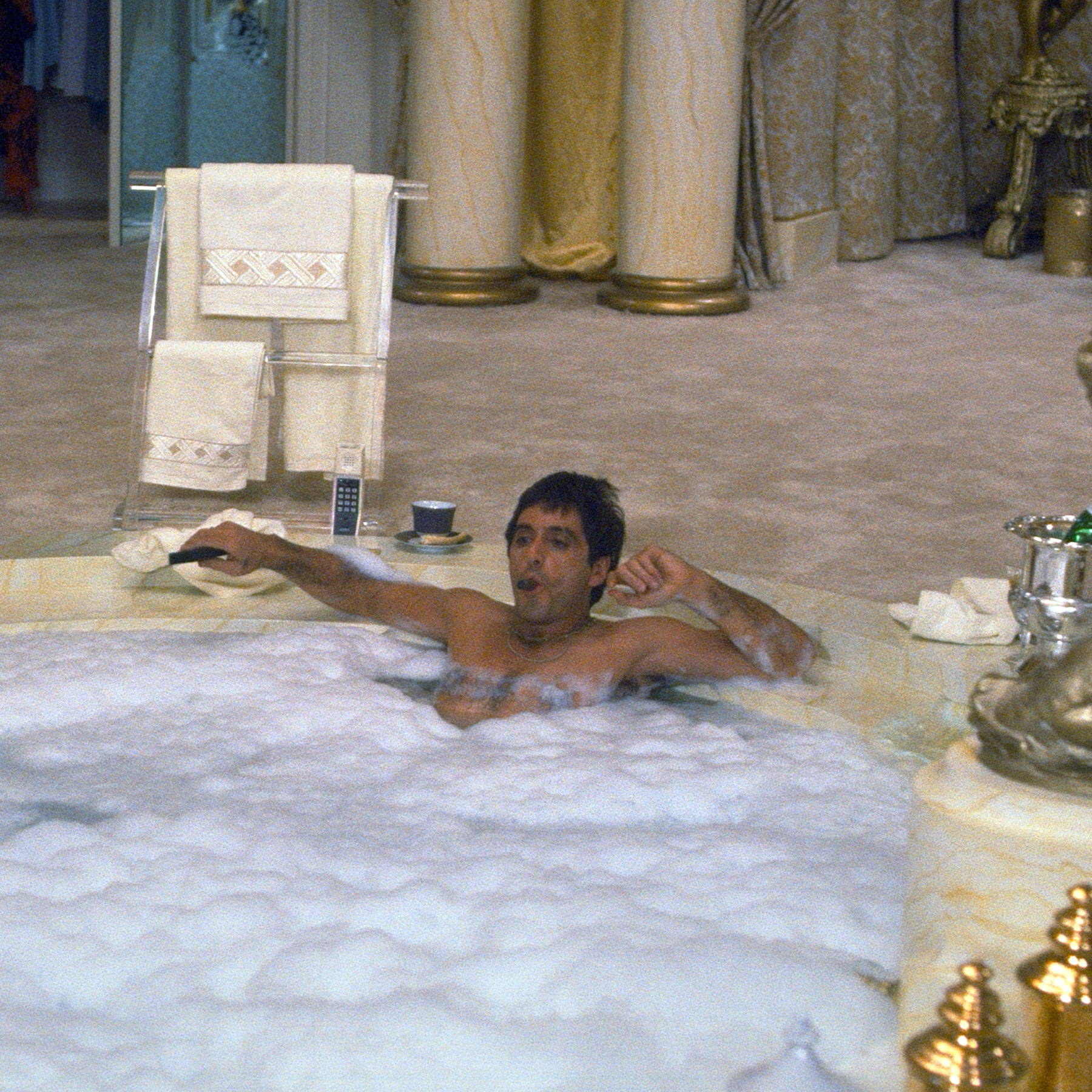 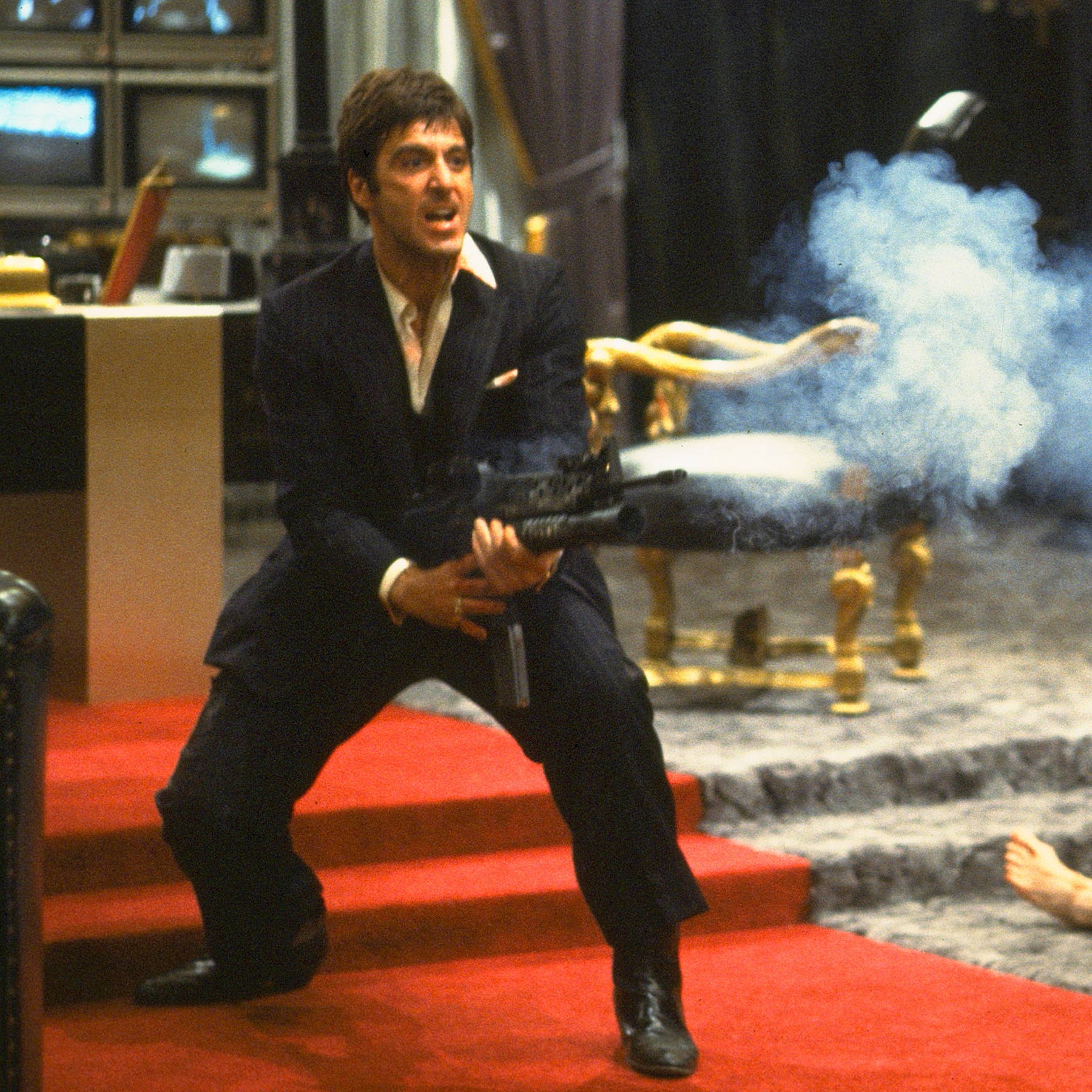 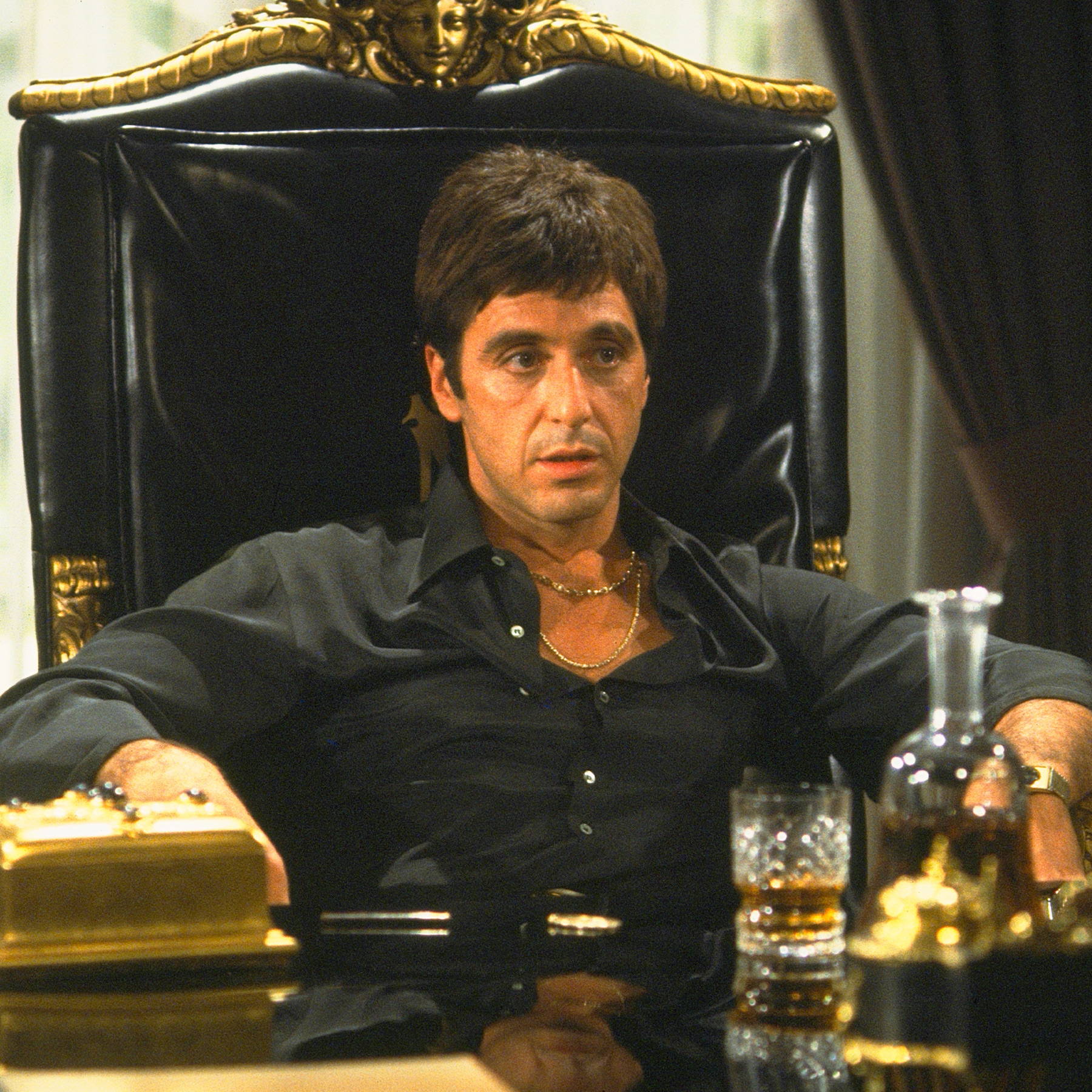 The 1983 film is a remake, a fact many do not know. In 1932 the original Scarface was released from director Howard Hawks and starring Paul Muni. It was considered a classic by the time Stone and De Palma looked to remake it. The filmmakers saw an opportunity with the 1983 film to update the story through the lens of modern crime.

Critics did not celebrate Scarface when it was released in 1983. The film did ok at the box office, but it is safe to say that the filmmakers were hoping for more critically and financially. The poor reviews, the love for the original, and the nonstop violence in the 1983 film deterred audiences from coming out in droves. 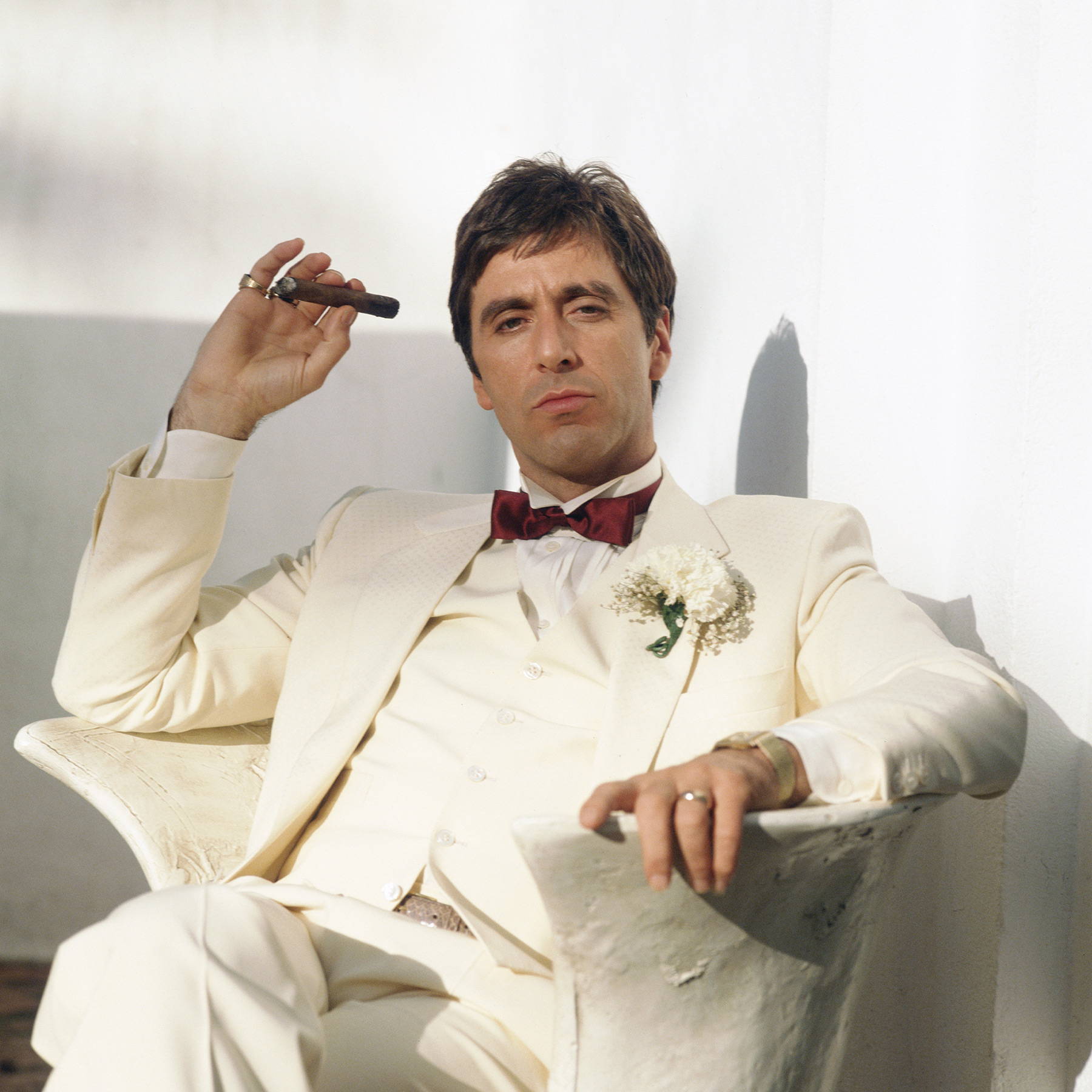 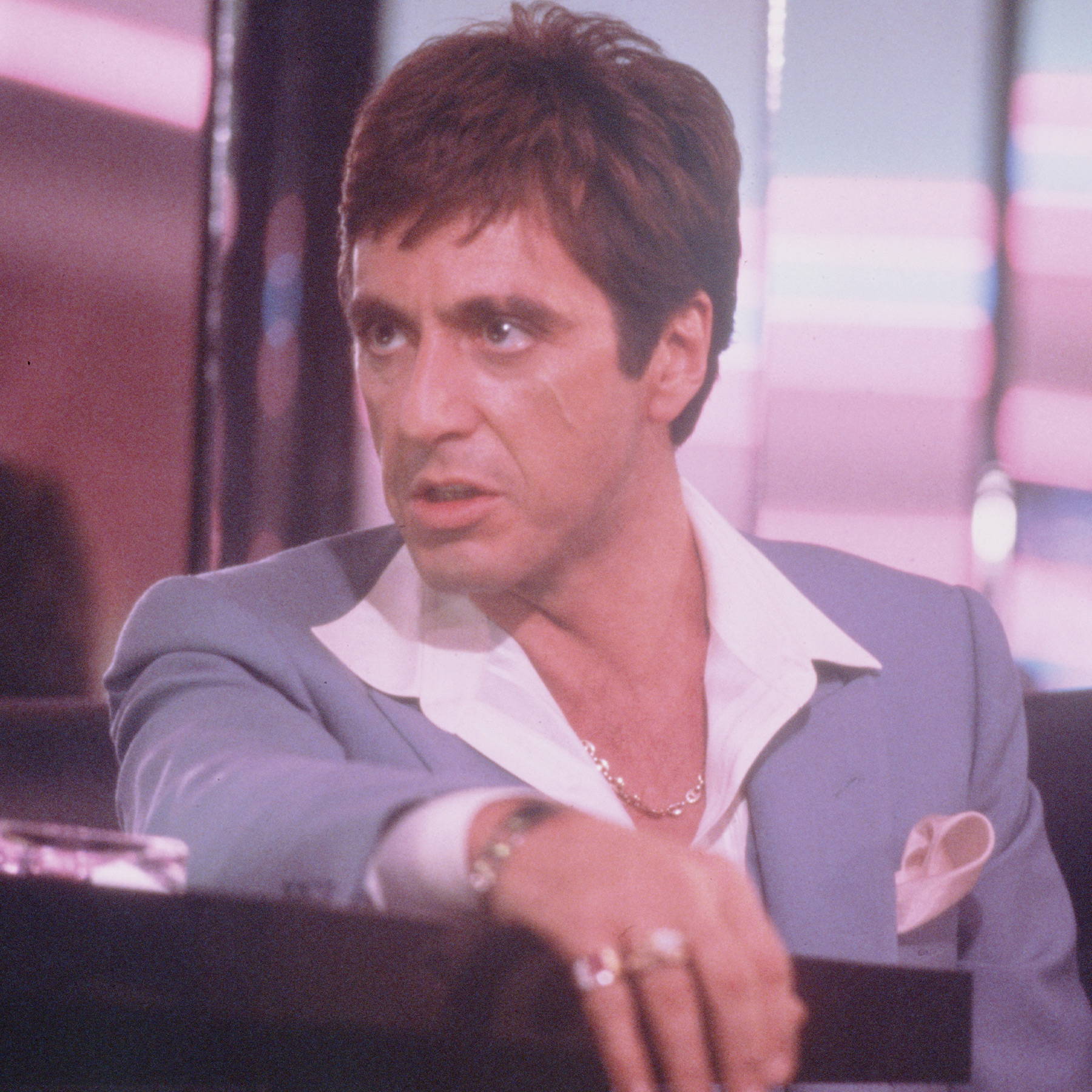 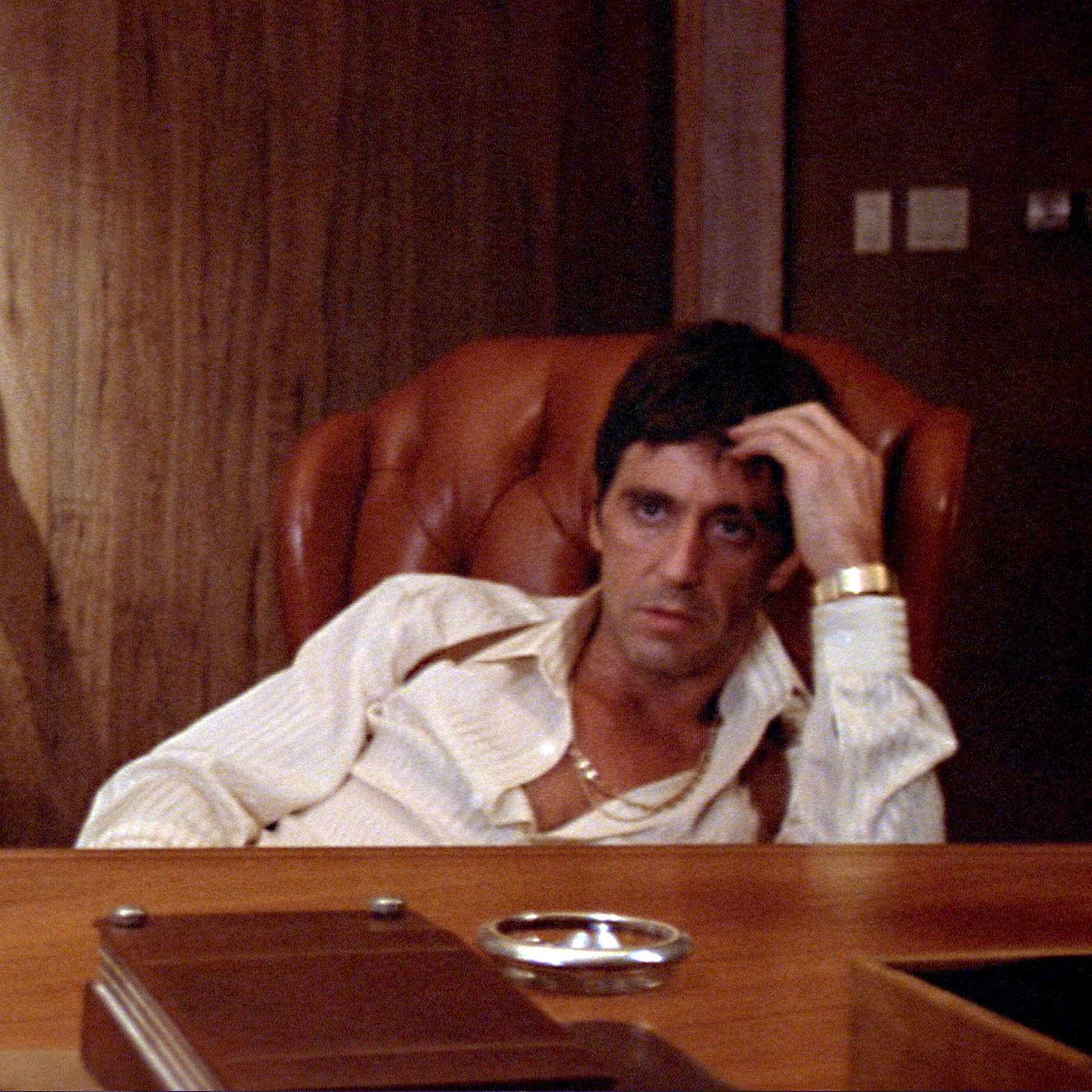 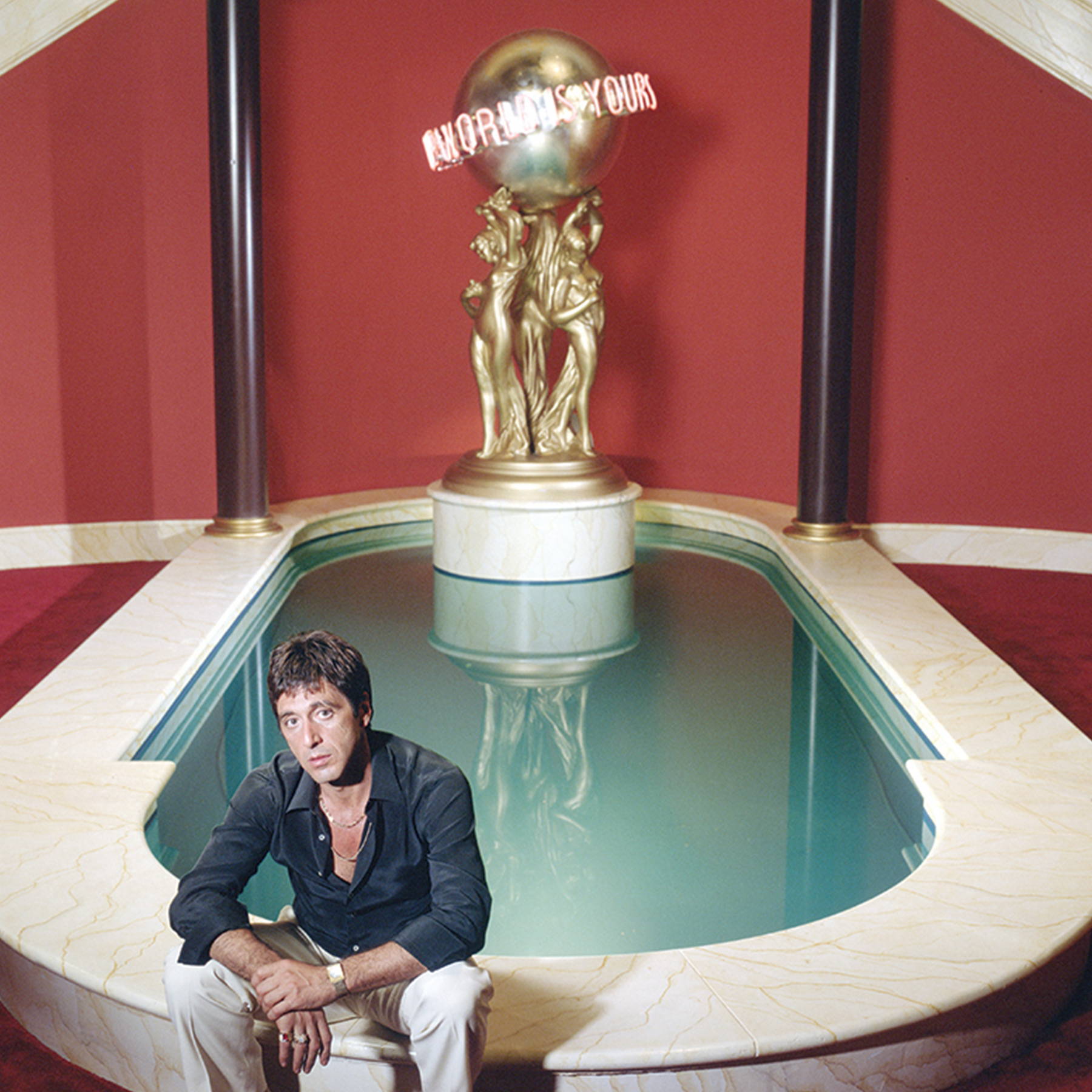 Today, Scarface is considered a classic with legions of fans around the world. Home video releases, like VHS, DVD and Blu Ray, along with streaming services and digital copies, have kept the film relevant. Rappers also helped to boost the profile of Scarface. Tony Montana is a hip hop icon whose pursuit of money and power lines up perfectly with many rappers and their personas. Even though Scarface did not reach the heights filmmakers wanted during the initial 1983 release, it has become bigger than anyone could have imagined thanks to fans and it being embraced so strongly by hip hop artists.

“Scarface is one of my all-time favorite movies. Since I was a kid, I loved the action, the memorable quotes, and of course the great Al Pacino. Tony Montana was a hustler and an immigrant who was driven by the American dream and would do anything to achieve it. Getting to create Scarface x Shoe Palace collections is bigger than business for me,” John Mersho, Vice President of Shoe Palace.

Shoe Palace has been lucky enough to partner with Universal Brand Development, a division of NBCUniversal, multiple times on Scarface apparel collections. The 2021 collection was special to the Shoe Palace team because it included actor Steven Bauer.

“I love Steven Bauer (Manny) in Scarface. He is an icon in the film. I knew I wanted him to be a part of a Shoe Palace x Scarface collection at some point. I am thrilled to bring him into the Shoe Palace family and use his likeness on Scarface apparel for the very first time!”

The Scarface collection that included the likeness of Steven Bauer was an enormous success. It was the first time Manny ever appeared on licensed Scarface apparel. Shoe Palace looks forward to creating more Scarface licensed collections in the future. 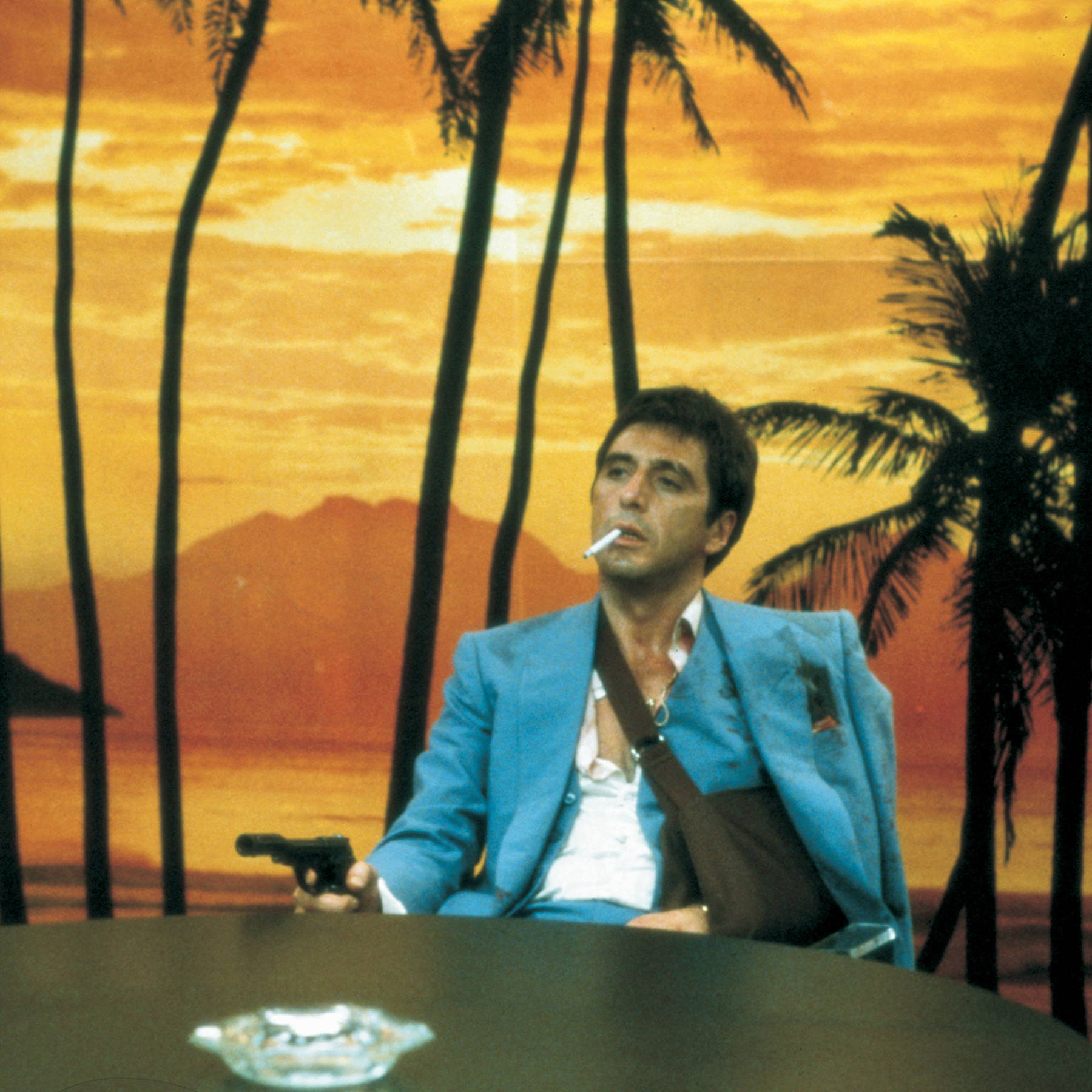 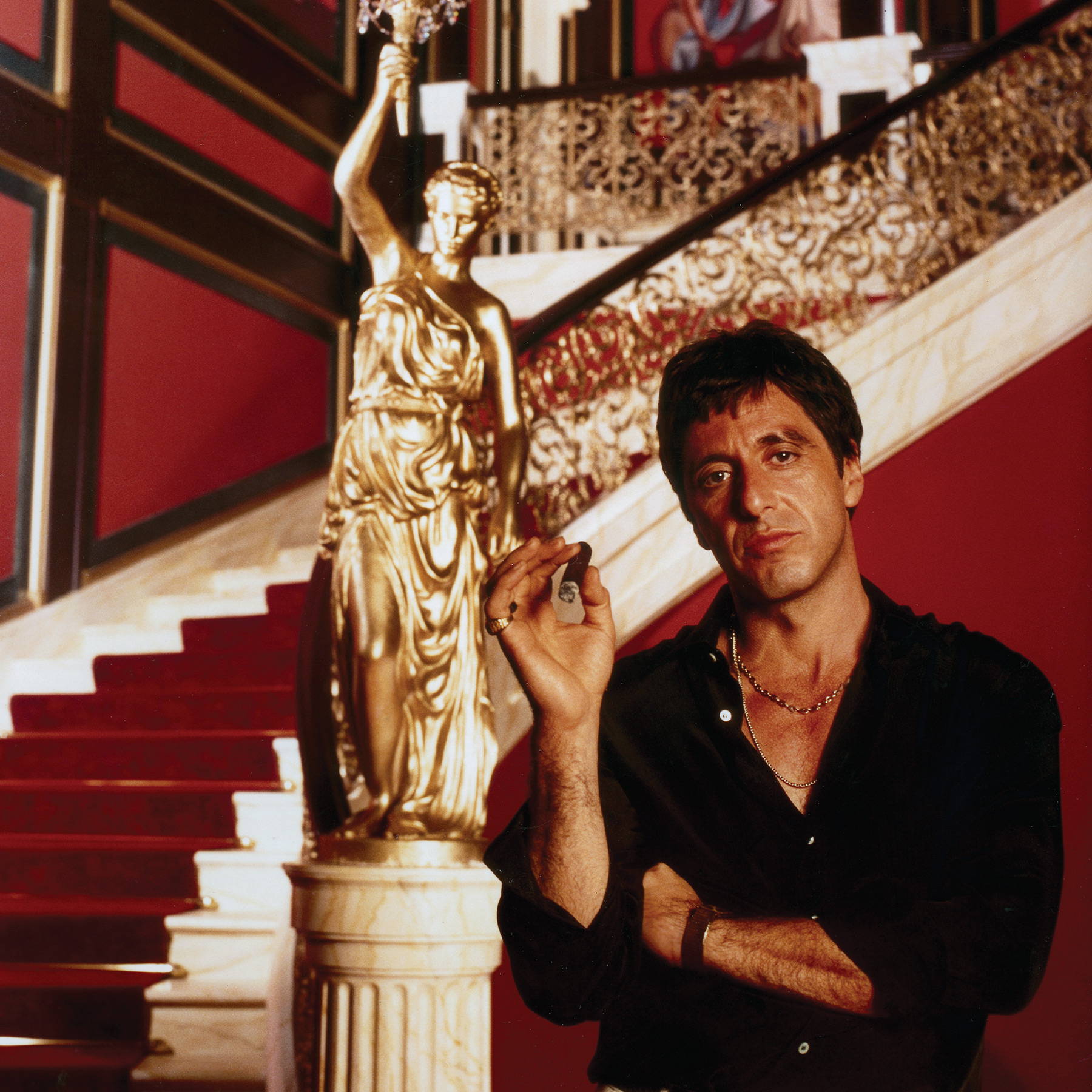 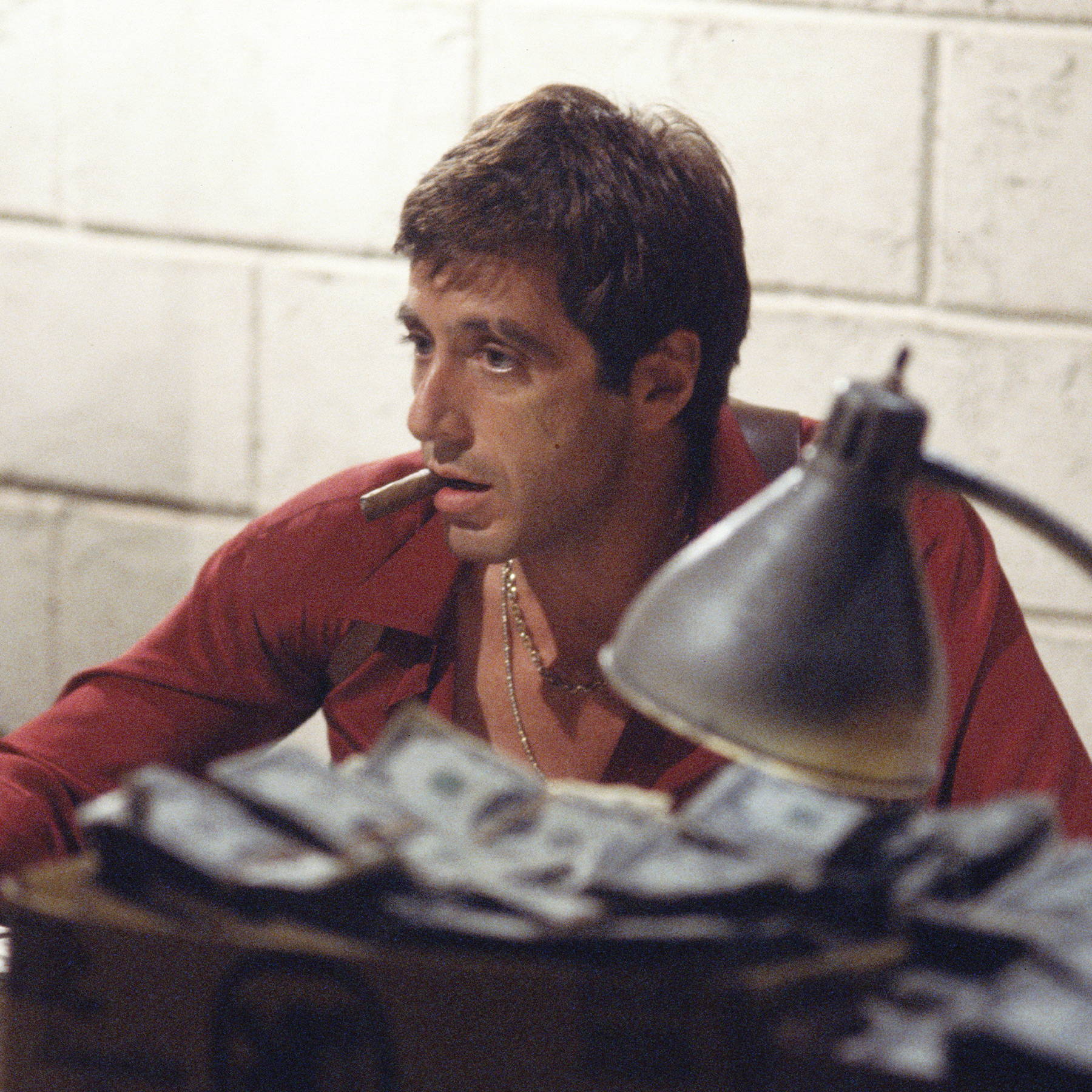 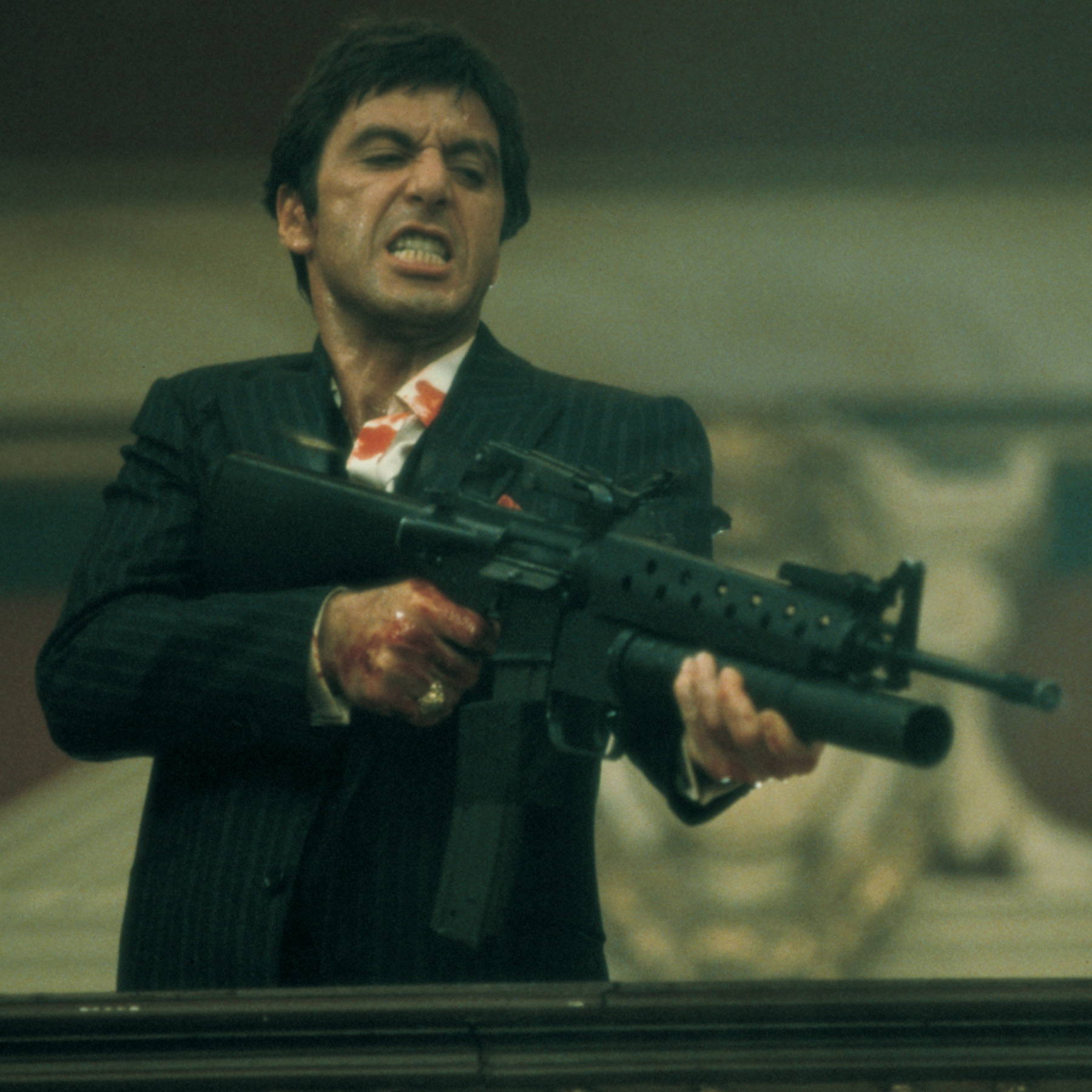 The World is Yours

It may have taken a while, but Scarface is now widely considered a classic. The power of Al Pacino’s performance, along with the story and direction, has made Scarface one of the most quoted, discussed, and beloved films of all time.