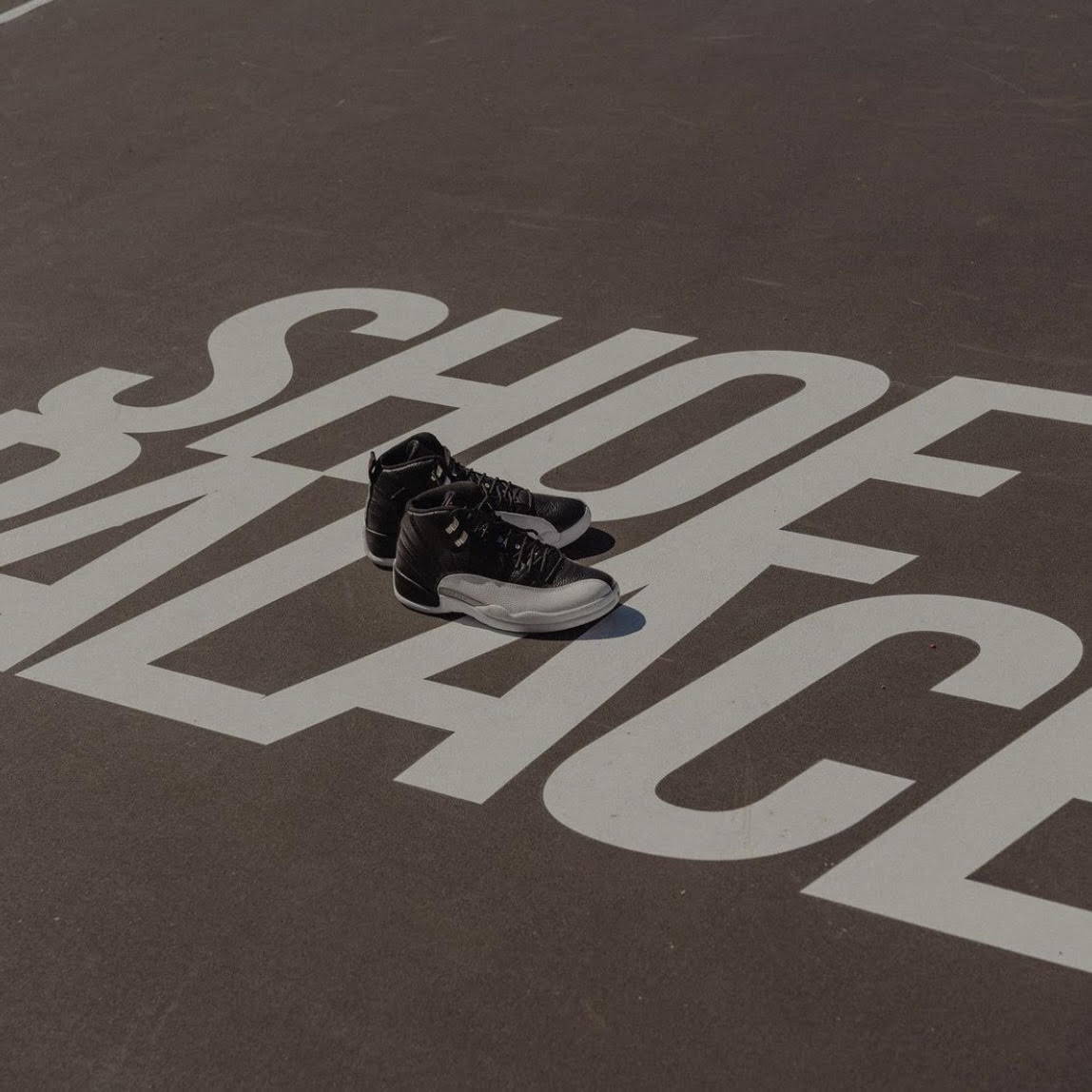 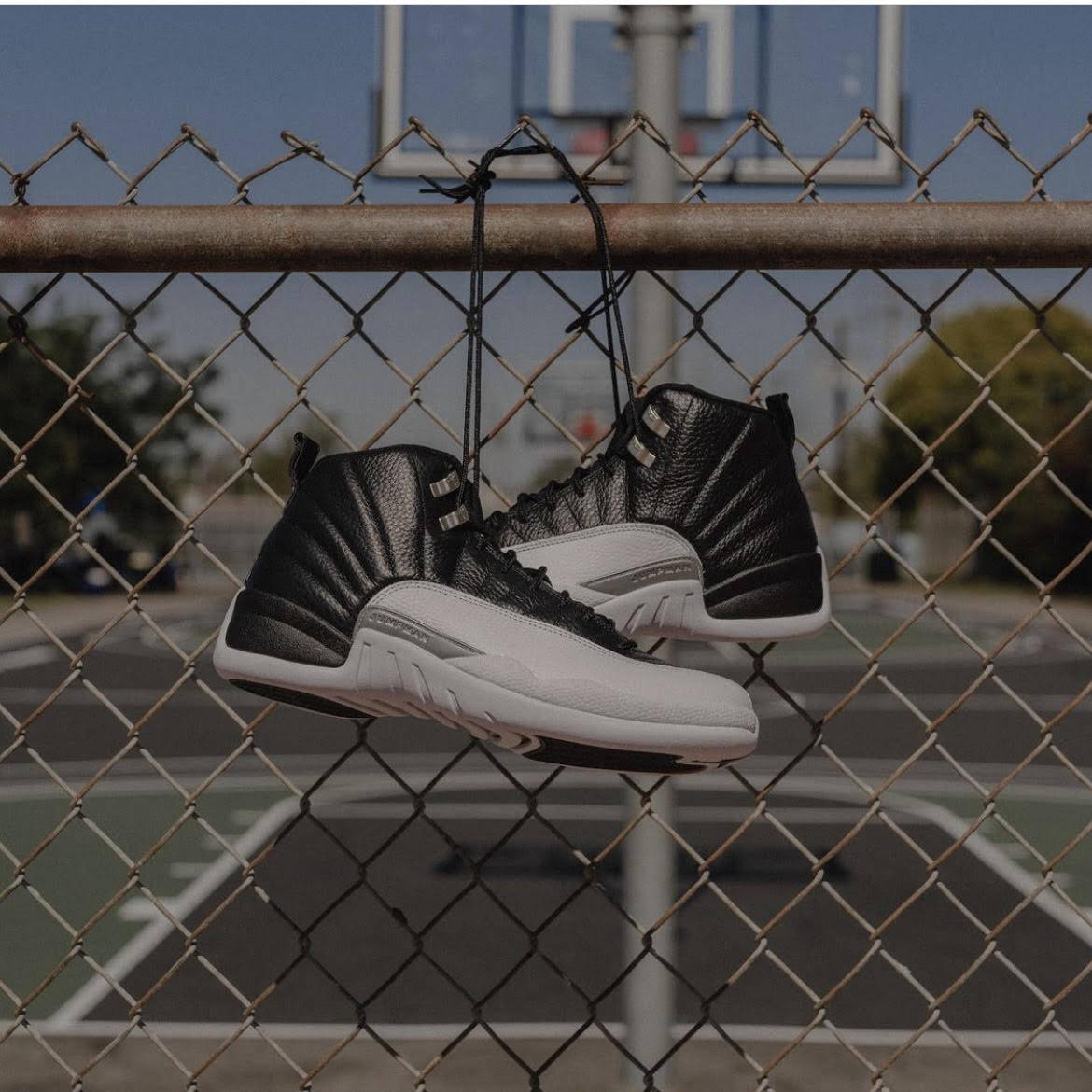 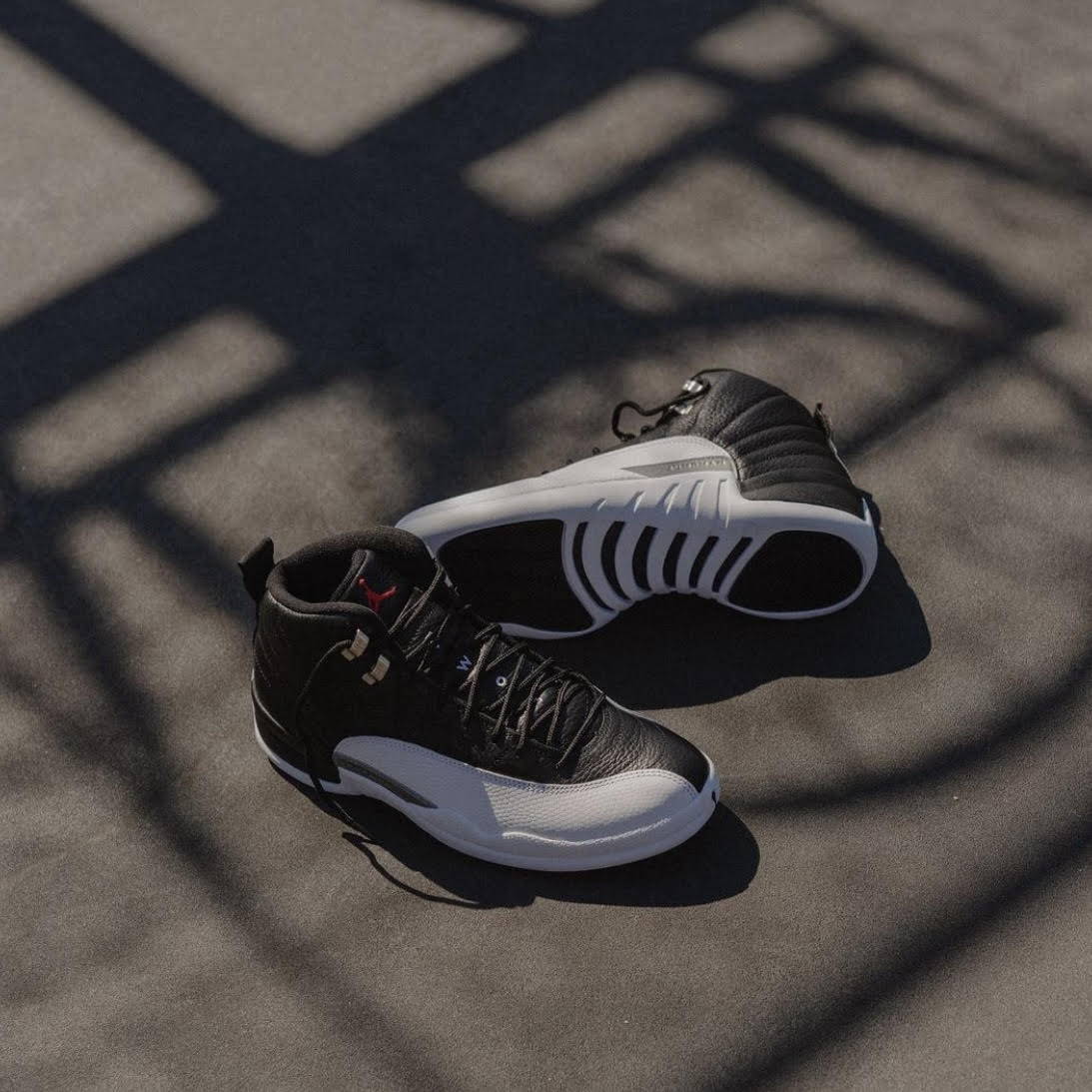 The Playoffs colorway is arguably the most sought after version of the 12. Its name, “Playoffs,” is rather simple to decipher, its named that because Michael Jordan wore them during the 1997 Playoffs. Some of his most memorable career moments happened while wearing the Air Jordan 12 Playoffs. 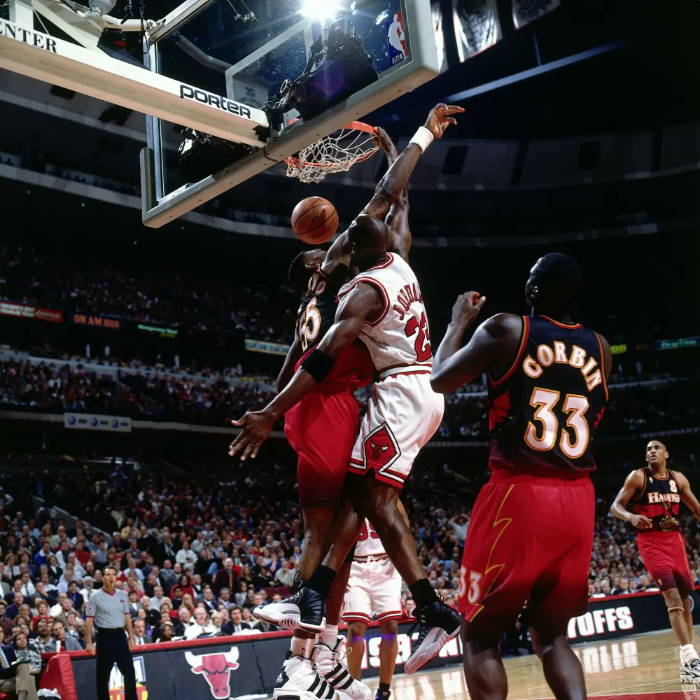 Oddly enough MJ debuted the Air Jordan 12 “Playoffs” during the 1997 All-Star Game. During that game, Jordan recorded the very first triple double in All-Star game history. Despite being debuted in the All-Star Game, the Jordan 12 Playoffs would earn their name by being laced up by Michael Jordan for his 1997 title run.

The Air Jordan Playoff 12 features a black and white tumbled leather upper. It has a red Jumpman logo on the tongue. The lacing eyelets are metal. The 12 features various branded elements. Jumpman logos are debossed onto the metallic silver lace stays near the collar. “TWO 3” is embroidered on the throat. Jordan banners run down the spine and the Jumpman adorned tabs. Tinker Hatfield, who designed some of the most beloved Air Jordan sneakers, created the Jordan 12. The look of the shoe was reportedly based on a women’s fashion shoe and Japanese flag.