The History of the Air Jordan 6 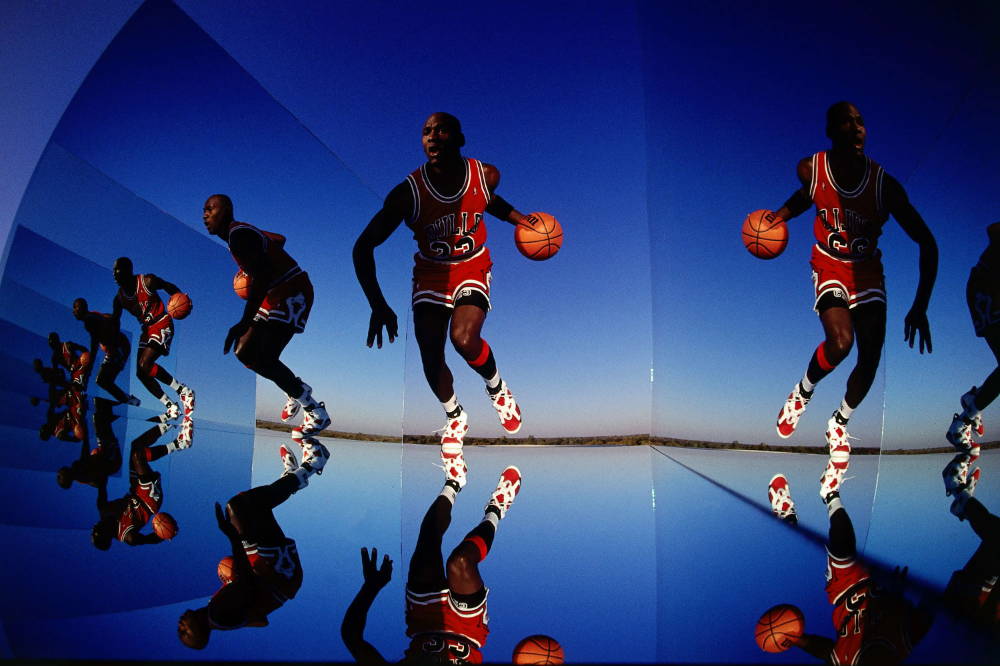 The Air Jordan VI was designed by the legendary Tinker Hatfield and was released in 1991. This is a special Air Jordan sneaker because Michael Jordan won his first championship while wearing the Air Jordan VI. The VI is one of Jordan Brand’s most iconic styles. It continues to resonate with sneakerheads and is still getting retro releases to this day. The late Virgil Abloh, who is one of the most important designers and fashion icons in the world, mentioned in the past that the 6 is his favorite Jordan shoe.

Thanks to Tinker Hatfield, the VI was filled with notable design elements. Hatfield partially based the design of the Jordan 6 on MJ’s love of cars. That automobile inspiration would continue with future Air Jordan sneakers. There is a rubber tongue with finger loops and the VIalso came with lace locks. It had a heel tab and an inner booty sleeve as part of the design. Tinker was on an unbelievable roll in 1991. He was consistently creating some of the most iconic sneakers Nike and Jordan Brand have ever released. The true genius of Tinker Hatfield was that he could mix revolutionary aesthetics with top of the line performance. It’s one of the main reasons why his shoes are still so adored today. Tinker has a knack for making shoes that work equally well on and off the basketball court. It’s why you still see players in the NBA today wearing the Air Jordan 6. 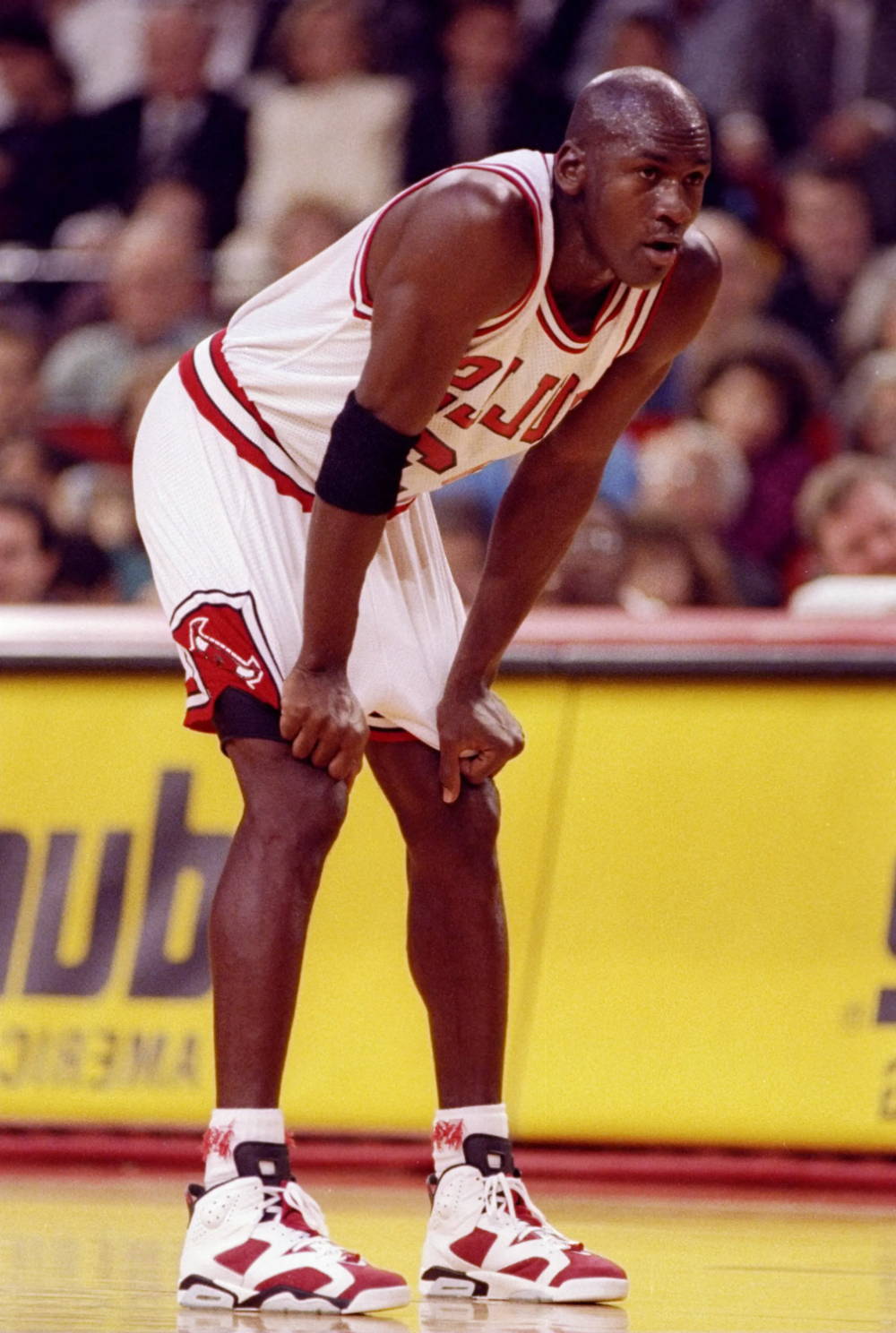 The Air Jordan VI had an original retail price of $125 when it dropped in 1991. It was originally available in five colorways. The White and Black colorways are of course beloved. The “Carmine” colorway is an iconic Air Jordan model. The “Sport Blue” and “Maroon” aren’t as celebrated but are colorways fans know and appreciate. Originally no low versions of the VI were made. In 2002 low versions of the VI were released by the Jordan Brand.

Michael Jordan put up his usual staggering statistical numbers in the VI. Jordan won the scoring title in the shoe by averaging 31.5 points per game. He earned a first team spot on the All-NBA team. He also earned an All-Defensive first team spot as well. His Airness won his second MVP Award in 1991. Obviously, 1991 was a special year for Jordan. Not solely because of the accolades and the accomplishments, but because Michael Jordan won his first of 6 championship rings.

The 1991 NBA Finals were legendary because it was Michael Jordan’s first time on basketball’s biggest stage. MJ also faced off against one of the greatest players of all time, Earvin Magic Johnson. The Chicago Bulls defeated the Los Angeles Lakers 4 games to 1 in the series. Jordan wore the “Black/Infrared” colorway of the VI for the postseason in 1991. The black colorway symbolized Jordan being locked into playoff mode. The 1991 Playoffs kicked off the Bulls Dynasty. The team would go on to win five more championships in 1990s.

The VI is notable also because it was the last time an Air Jordan would have Nike branding on the exterior of the shoe. After the VI, Tinker Hatfield and Nike made a conscious effort to make Air Jordan sneakers its own entity. This is how we would eventually get to the Air Jordan Brand we know today. The 6 was sort of the end of the Nike era for Michael Jordan. He would soon move on to Air Jordan being its own brand. 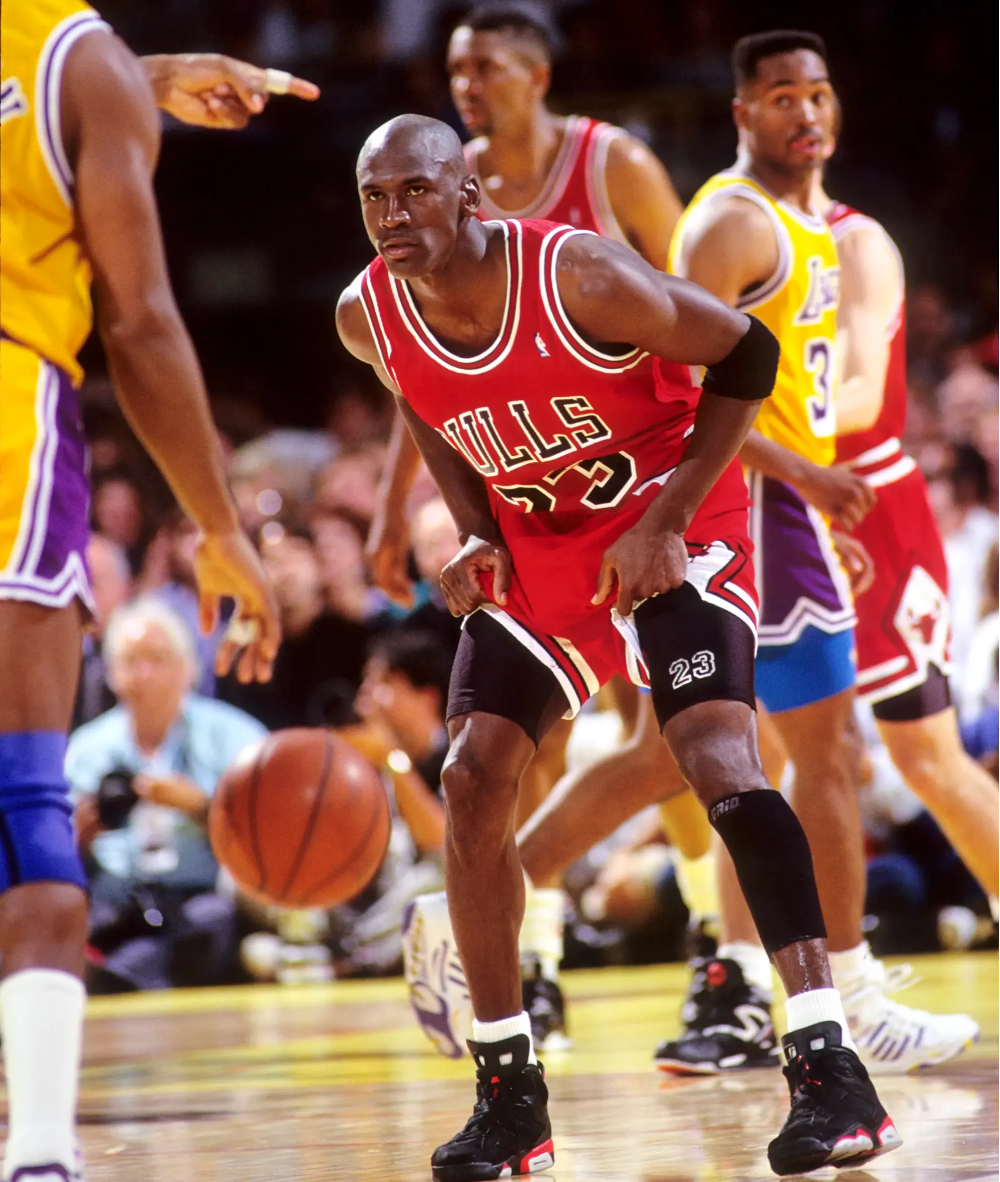 Gatorade is a huge part of Michael Jordan’s legacy. The “Be Like Mike” commercials helped take MJ to another level of fame and notoriety. In 2017, two colorways of the Air Jordan VI were dedicated to Jordan’s partnership with Gatorade. 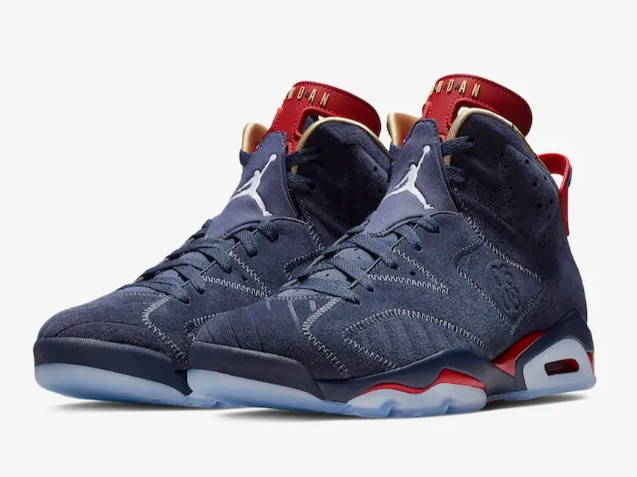 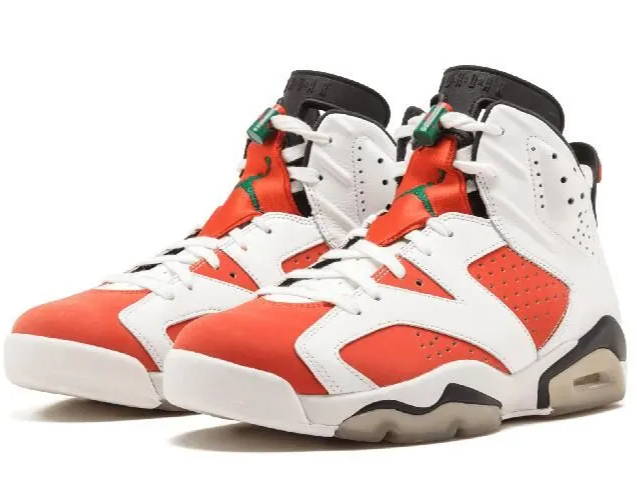 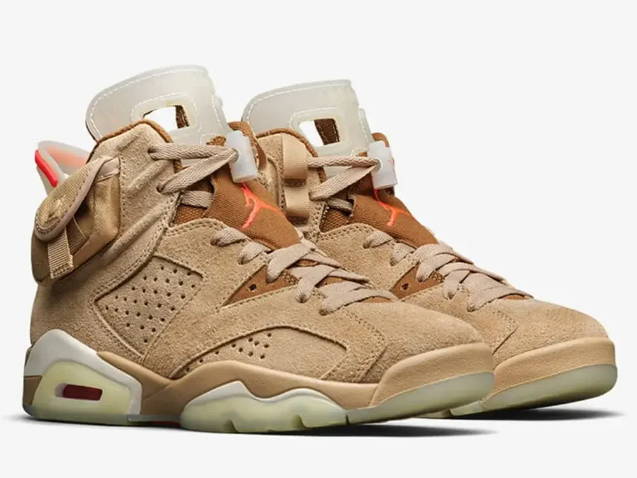 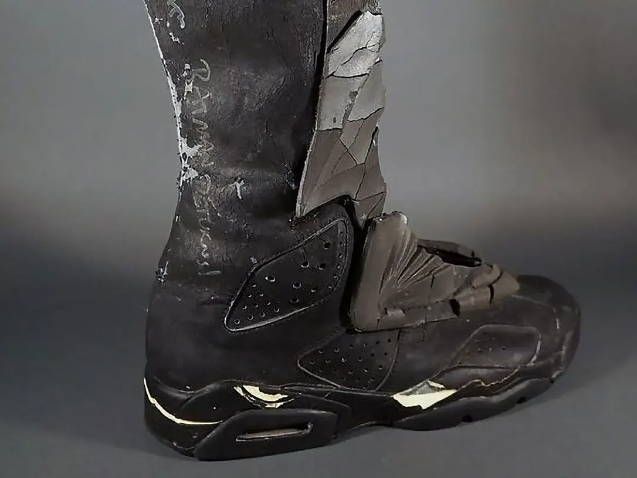 Travis Scott x Air Jordan 6 is another major collaboration for the VI. They were originally released in 2019. They have an olive upper, lace locks and a side cargo pocket. It also had Cactus Jack and Nike Air branding on it.

One of the most unique collaborations for the 6, and probably any shoe in history, was when it showed up on the feet of Michael Keaton’s Batman. DC Comics was looking for the footwear Batman would wear in the 1992 film, Batman Returns. The company reached out to Tinker Hatfield, and he showed them the Air Jordan 6. It was ultimately worn by Keaton in the film.

The Air Jordan 6 has a long and celebrated history. It was there when Michael Jordan took his skills and fame to another level. It helped to cement Tinker Hatfield’s standing as a prolific and groundbreaking designer. The Air Jordan VI is still getting retro releases to this day and is easily one of Jordan Brand’s most popular sneakers.

You can find the Air Jordan 6, and other Jordan Brand products, at Shoe Palace retail stores and on shoepalace.com.