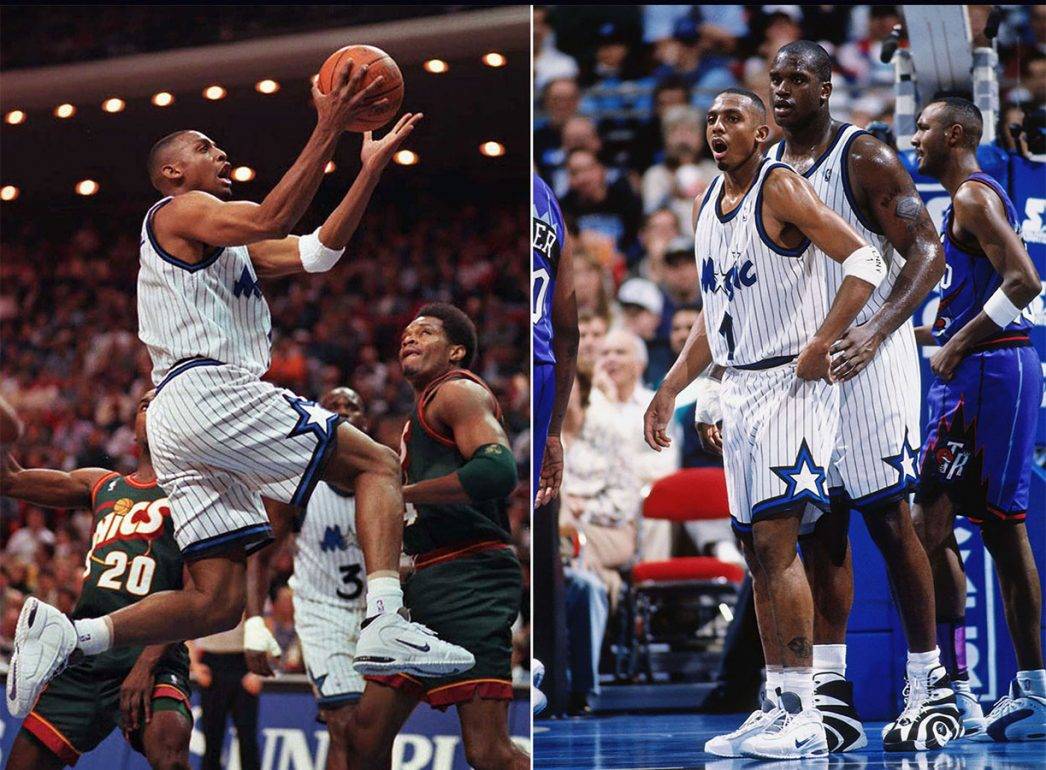 It is hard in 2022 to explain to young people who may not have heard of Anfernee “Penny” Hardaway how big of a deal Anfernee “Penny” Hardaway was in the 1990s. For a substantial period, he was a superstar in the NBA. Penny was possibly second to Michael Jordan in the superstar pecking order during a stint in the 90s. Penny is one of the few players to receive a signature line of sneakers from Nike. Learn more about the career of Penny Hardaway and his Nike Air Max Penny 1.

The Next Magic Johnson

Penny Hardaway played college basketball for Memphis State. Currently, Hardaway is the team’s head coach. Penny Hardaway reminded a lot of people of Magic Johnson when he played college basketball for Memphis. He was a taller guard who could handle the ball, pass, and rebound. He also was a prolific scorer. Penny was incredibly versatile when he played for Memphis State. The hype surrounding the young star was high. 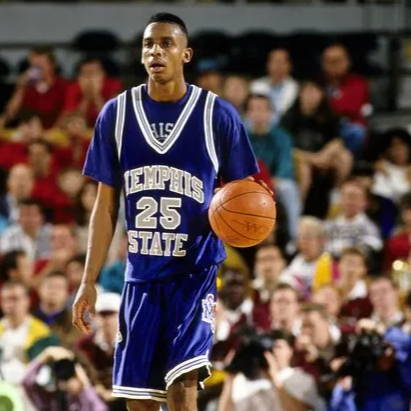 Hardaway was originally drafted by the Golden State Warriors in the 1993 NBA Draft. He was then almost immediately traded to the Orlando Magic. The previous year, the Orlando Magic drafted Shaquille O'Neal. Shaq was dominate during his first season in the NBA. But the Big Man needed a ball handler and passer to pair with. When Shaq & Penny joined forces, they were favorably compared to Kareem Abdul -Jabbar and Magic Johnson. The expectations were that Shaq & Penny could be one of the all-time great guard/center combos.

The impact the pair made was instant. The Orlando Magic won a then franchise record 50 games during Shaq and Penny’s first season as teammates. They also would appear in the playoffs for the first time in the team’s history. Penny’s selfless style of play was inspiring. He was exciting to watch, but he never came across as someone enamored with the spotlight. His focus on winning, and his team, is why so many compared him to Magic Johnson at an early age. 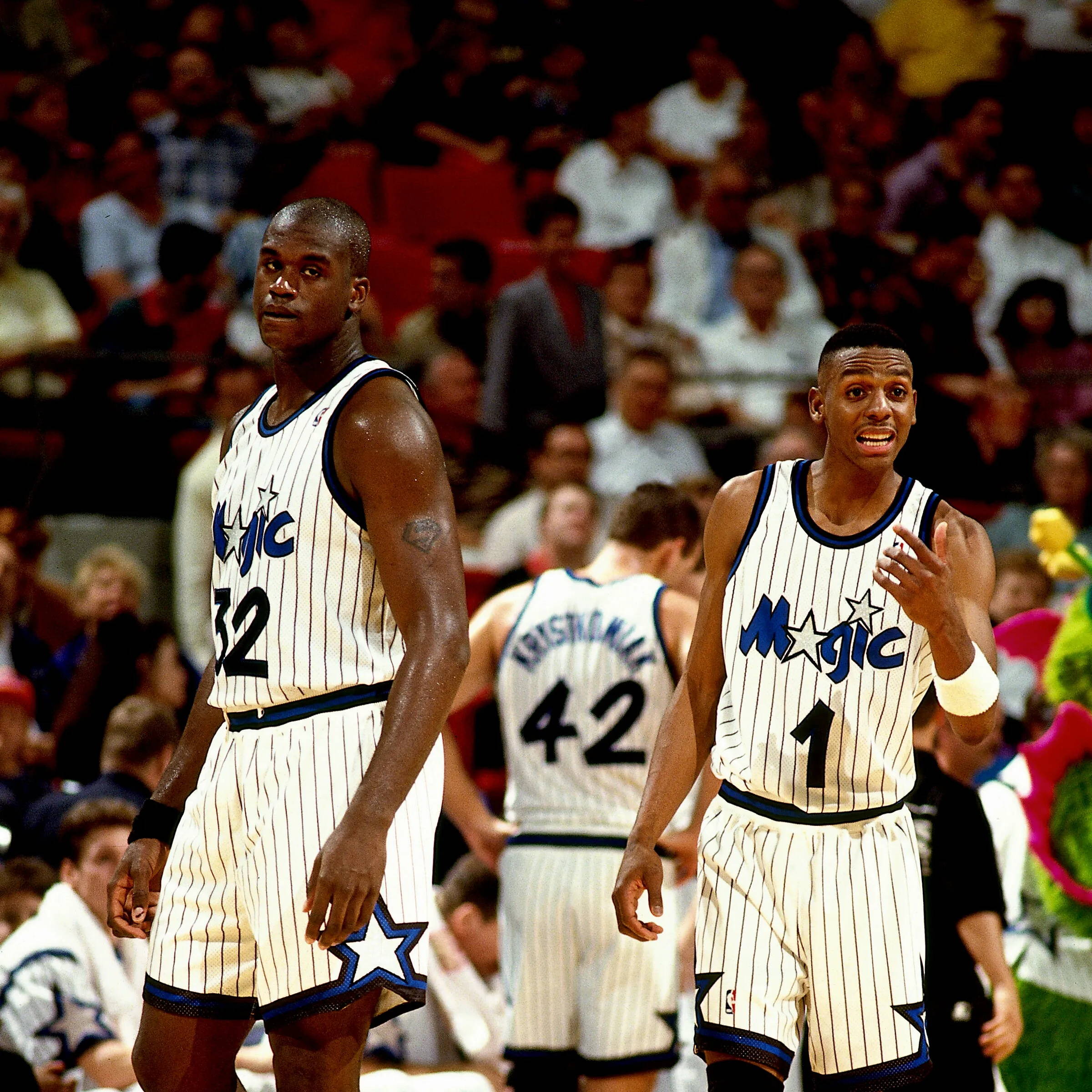 Penny Hardaway’s first season in the league was the first season of Michael Jordan’s retirement. Penny and his electrifying play were able to partially fill the void MJ left. His popularity was growing, and he was one of the most popular players in the league during his rookie season. By his second year in the league, Hardaway and the Orlando Magic were arguably the greatest show in basketball. They were not just entertaining, the Magic were legitimate championship contenders. 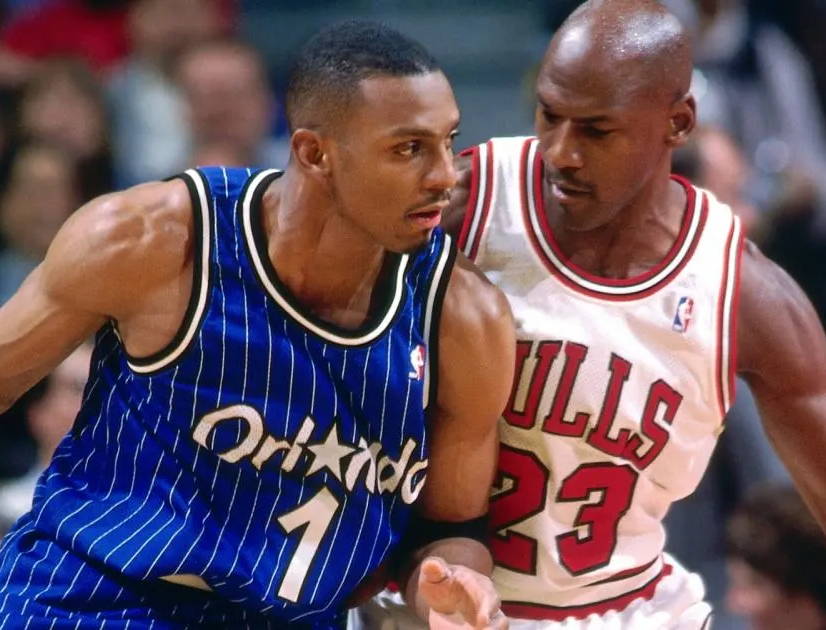 Nike of course knew the value of a signature basketball talent like Hardaway better than anyone. Outside of Michael Jordan, Nike only gave two players signature sneakers before Penny - David Robinson and Charles Barkley. The Air Max Penny 1 debuted in 1995. The shoe helped to usher in a new era for Nike and showed to the world that Penny Hardaway was truly a star.

Eric Avar designed the Nike Air Max Penny 1. Avar would later design some of Kobe Bryant’s most iconic Nike sneakers. Before the Penny 1, Nike basketball shoes were split into two categories. There was Flight, which were shoes that were made for quick and stylish players. The Force was created for strong players who dominated in the post. Penny was a different breed of basketball athlete, he had size and would attack the rim with reckless abandon. However, he also could play with finesse and with skill. Nike thought a new kind of sneaker should be made for the uniqueness of Penny’s game. Uptempo was crafted especially for Hardaway, and it would shepherd in a new era of Nike basketball. Versatility was the core value of the Nike Uptempo. The design of the Penny 1 was inspired by the game of its signature star. Avar studied Hardaway’s game inside and out when it came to designing and building the 1. The Nike Air Max Penny 1 also debuted Penny’s 1 Cent logo on the heel of the shoe. 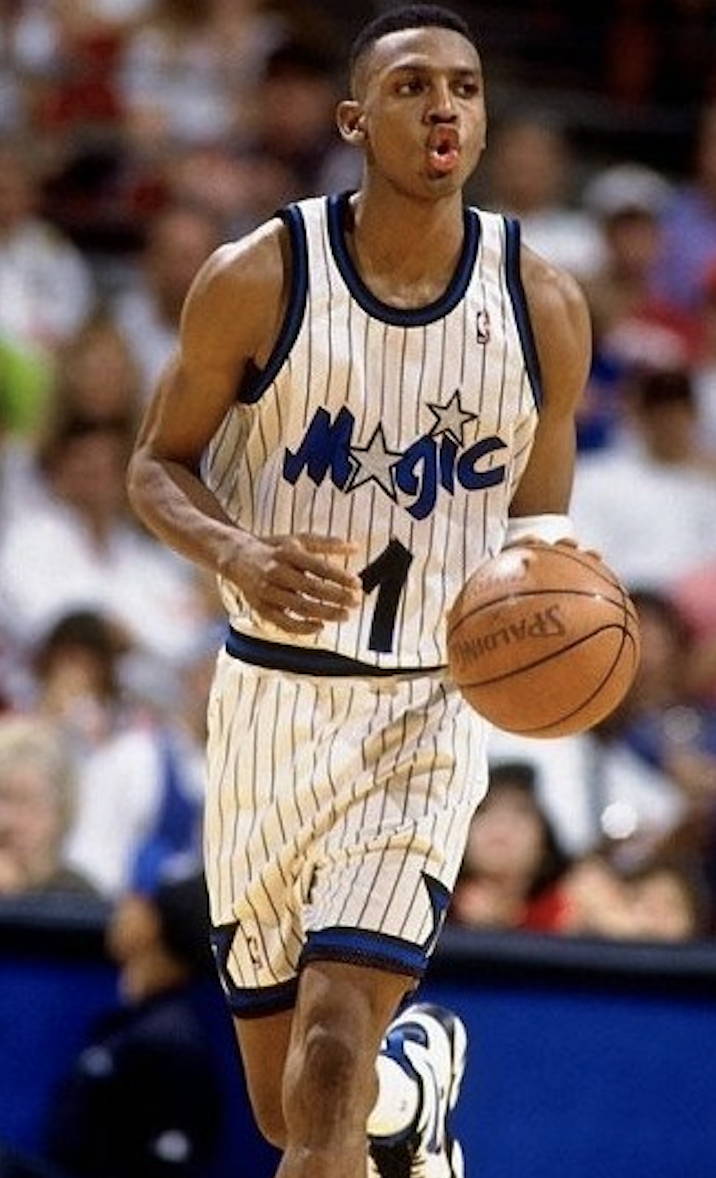 Anfernee Penny Hardaway was undoubtedly an exciting and likeable player. Nike had invested a lot of time and energy into creating the perfect signature shoe for Hardaway. One of the things that made Penny such a valuable player was how unselfish he was. Penny did not have a big personality that was constantly on display. That was not who he was as a player, or a person. Nike needed to find a way to market Penny, since it was not something he would be interested in doing.

Lil Penny debuted in 1995. The Lil Penny puppet served as an alter ego for Penny Hardaway. Lil Penny could demonstrate the bravado and ego the real Penny Hardaway did not feel comfortable sharing. Lil Penny was born out of necessity, and he was an instant hit in the pop culture world. The ad campaign is one of Nike’s most successful. Comedy legend Chris Rock voiced Lil Penny in the commercials. Rock brought an energy and magic to the Lil Penny puppet that was irreplaceable.

The Return of the Nike Air Max Penny 1