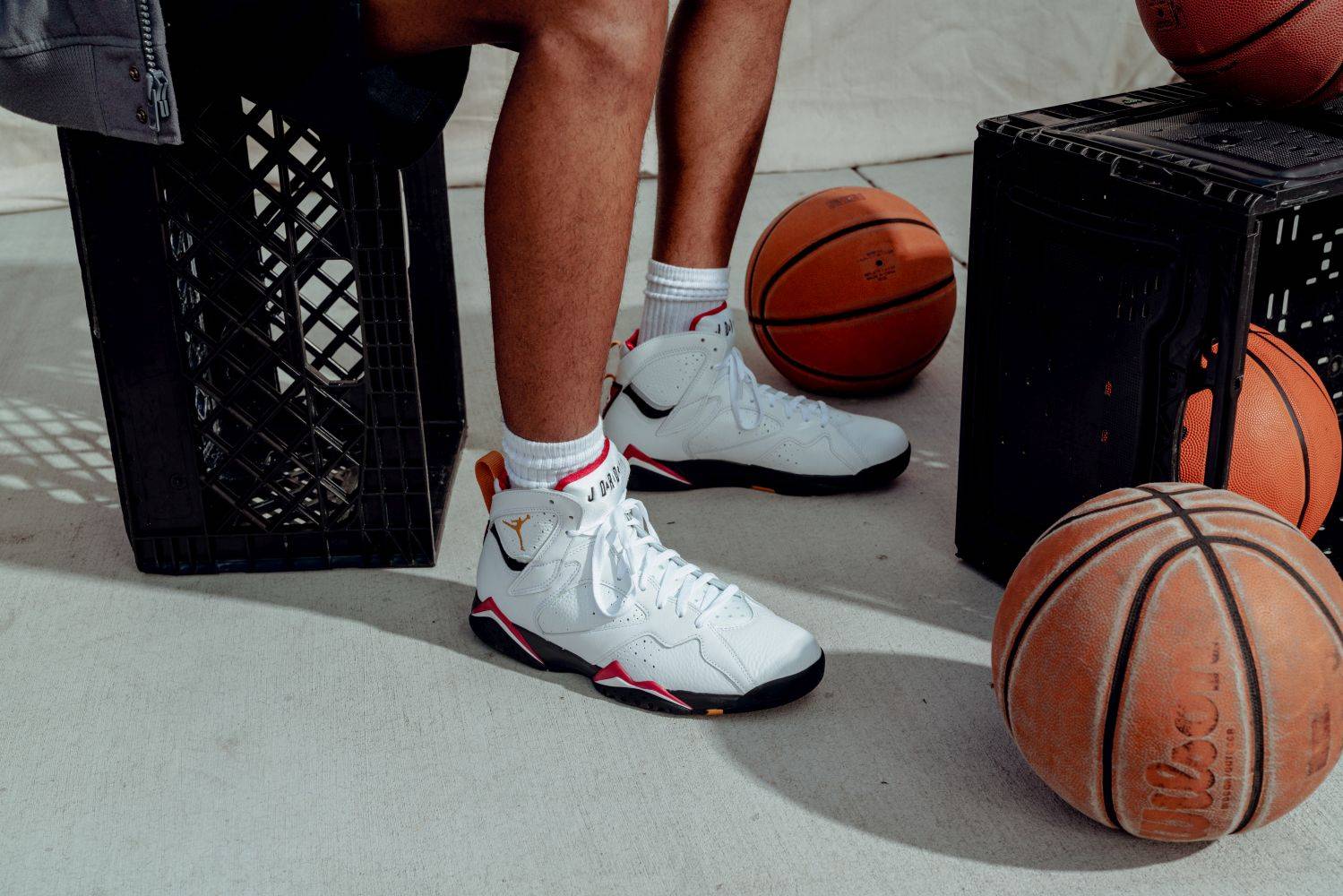 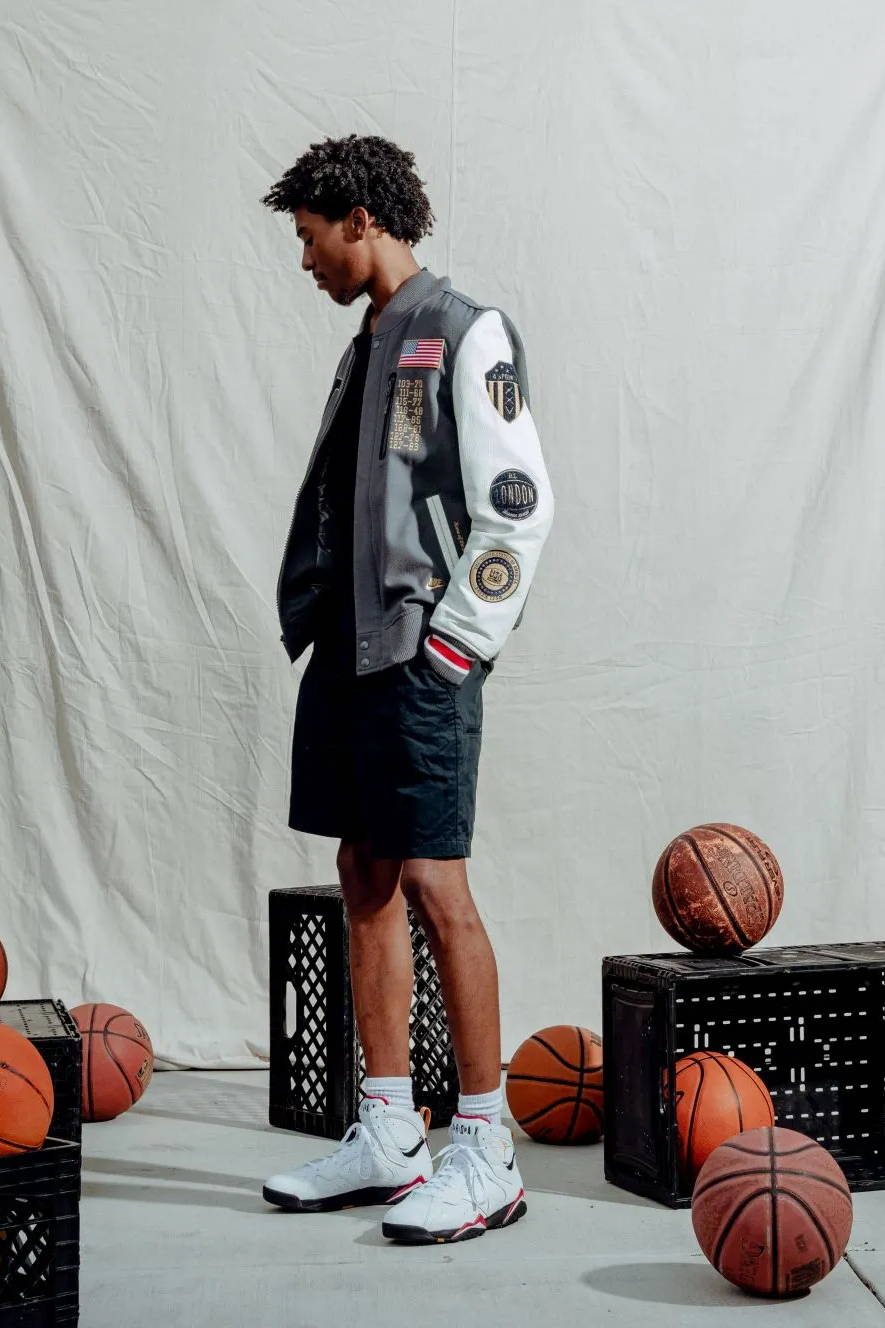 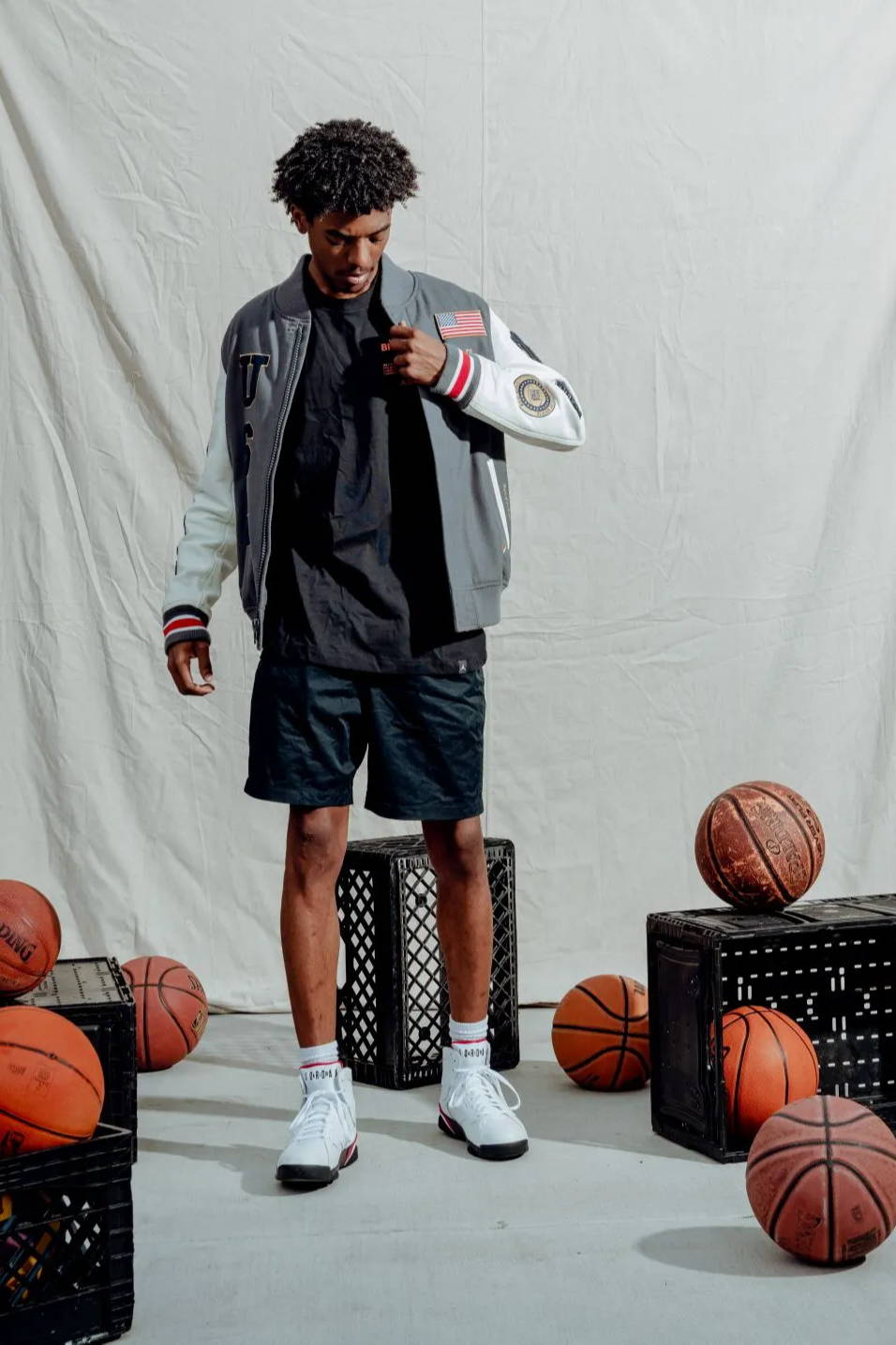 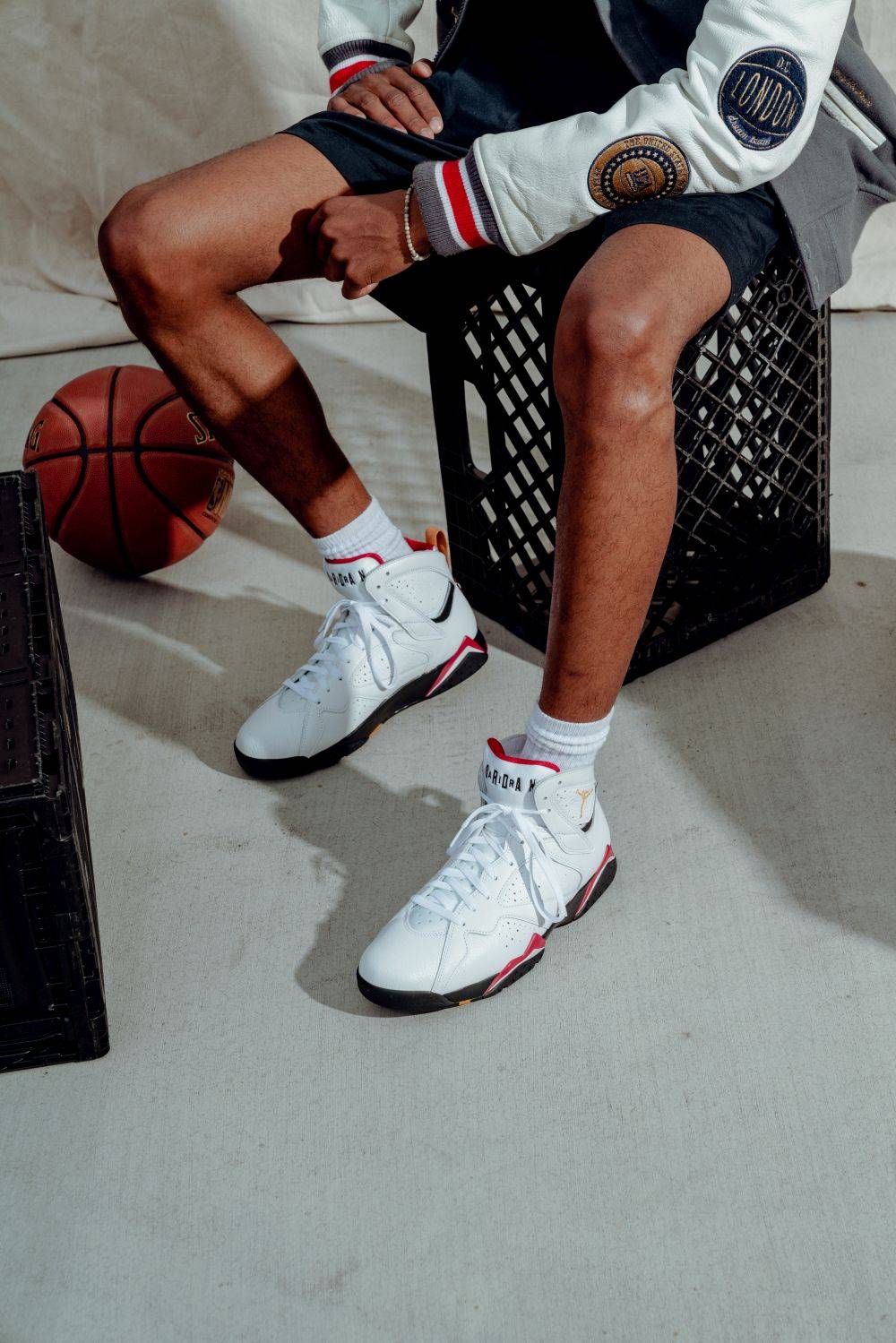 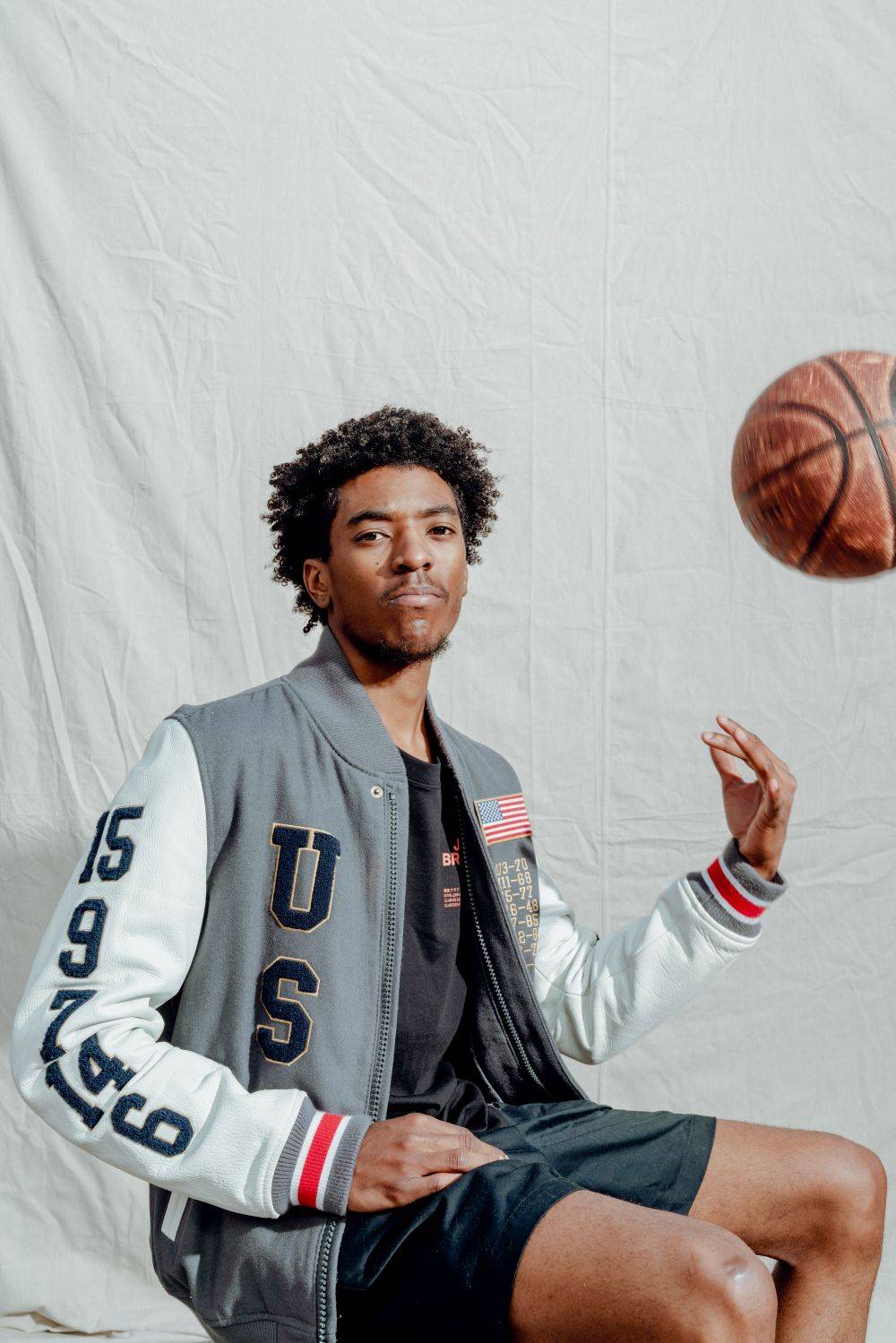 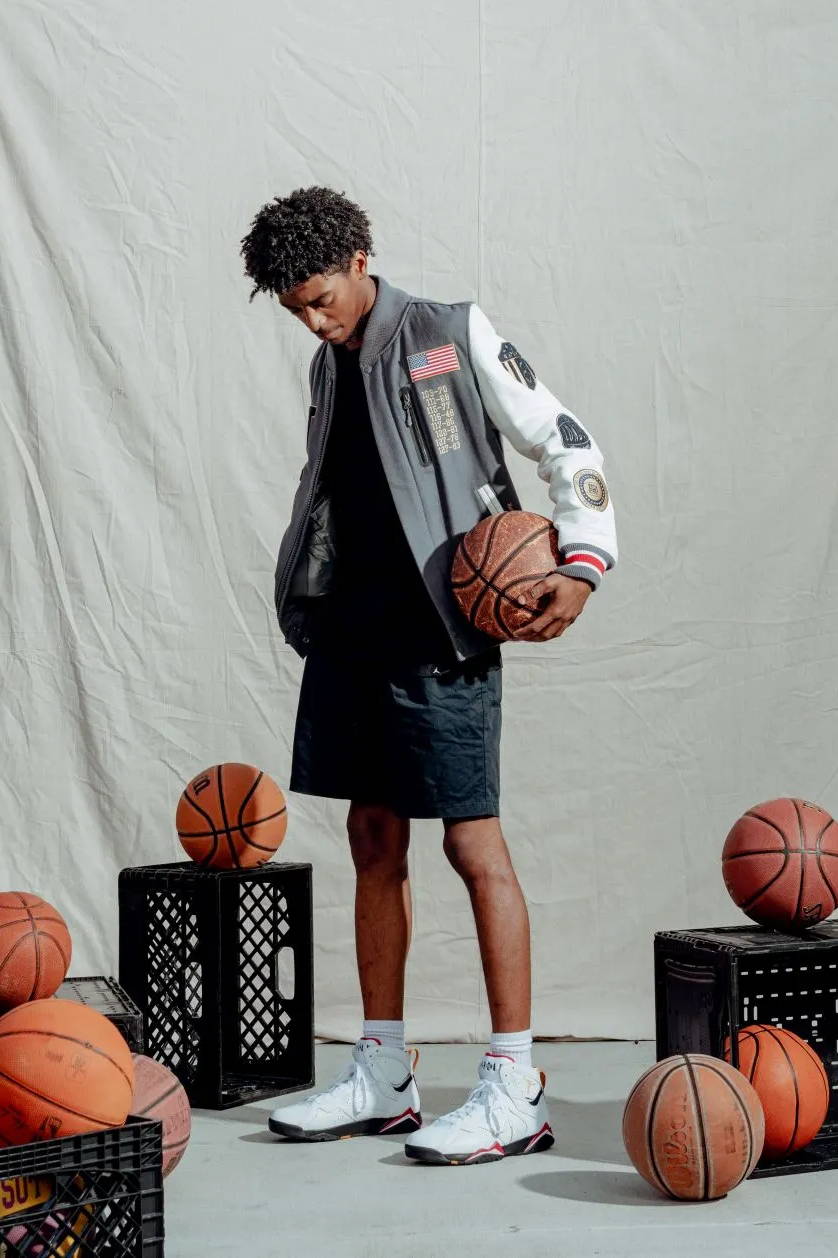 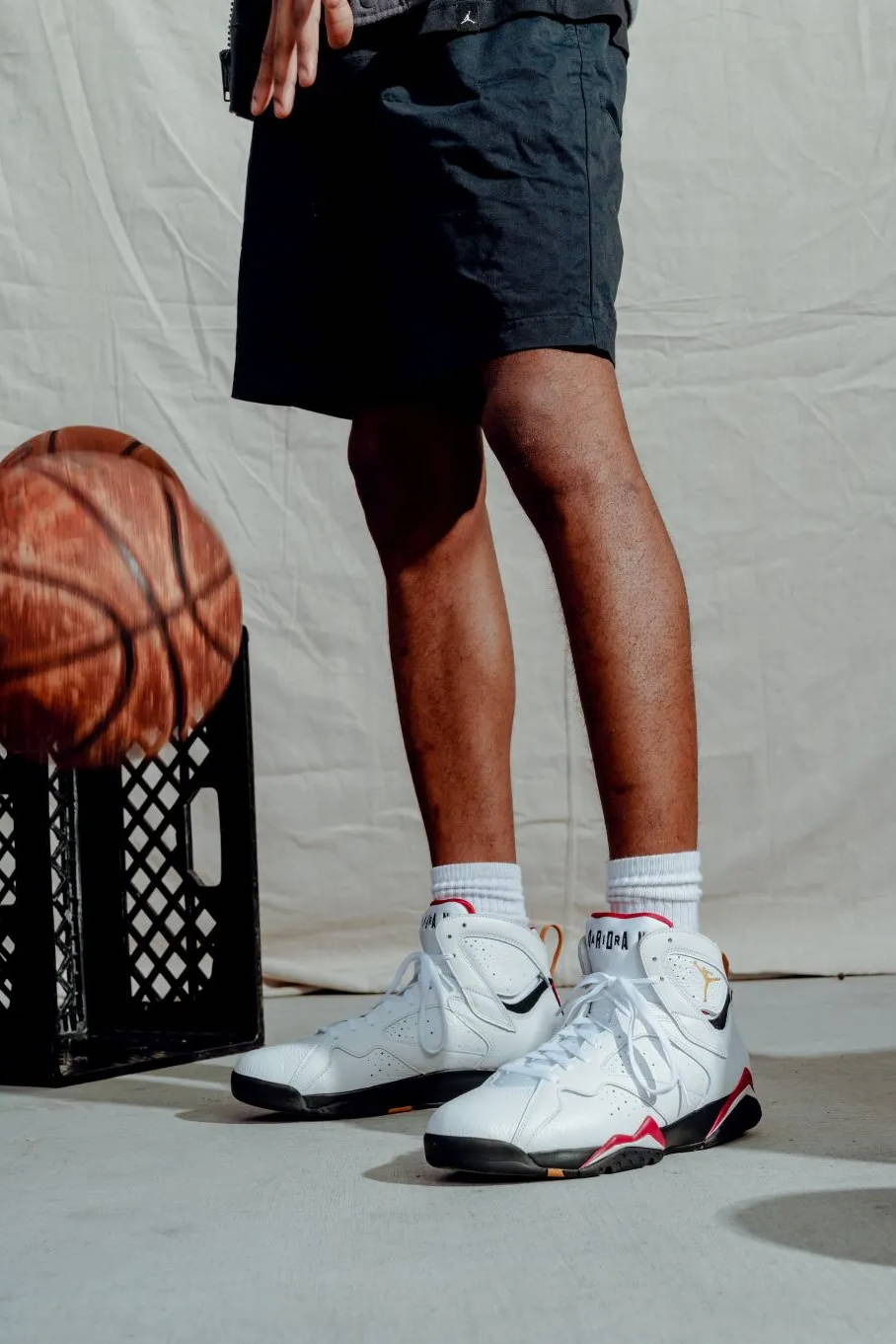 About the Air Jordan 7

When the Air Jordan VII was released, the franchise was bulletproof. The Air Jordan line was already a juggernaut in 1992. By 1992, Michael Jordan had won his first NBA championship, and he was quickly becoming the GOAT of basketball. The 7 was on the feet of the GOAT during some of his biggest career highlights.

The Air Jordan VII gave Michael Jordan a new ad partner, move over Spike Lee, Bugs Bunny was brought in for the brand as an endorser. The ad campaign was one of the most unforgettable ones for Jordan. The mixing of live action and animation was ambitious for a television commercial in 1992. In 2015 an Air Jordan Retro “Hare” was released. The shoe paid tribute to the beloved 90s ad campaign and the animated pitch rabbit, Bugs Bunny.

Tinker Hatfield looked to anything and everything for inspiration when it came to his designs for Nike and Jordan Brand. Hatfield designed the Air Jordan 7. The 7 took inspiration from African tribal artwork. African art inspiration was present on the upper of the shoe, the multicolored tongue print, and the design of the outsole. 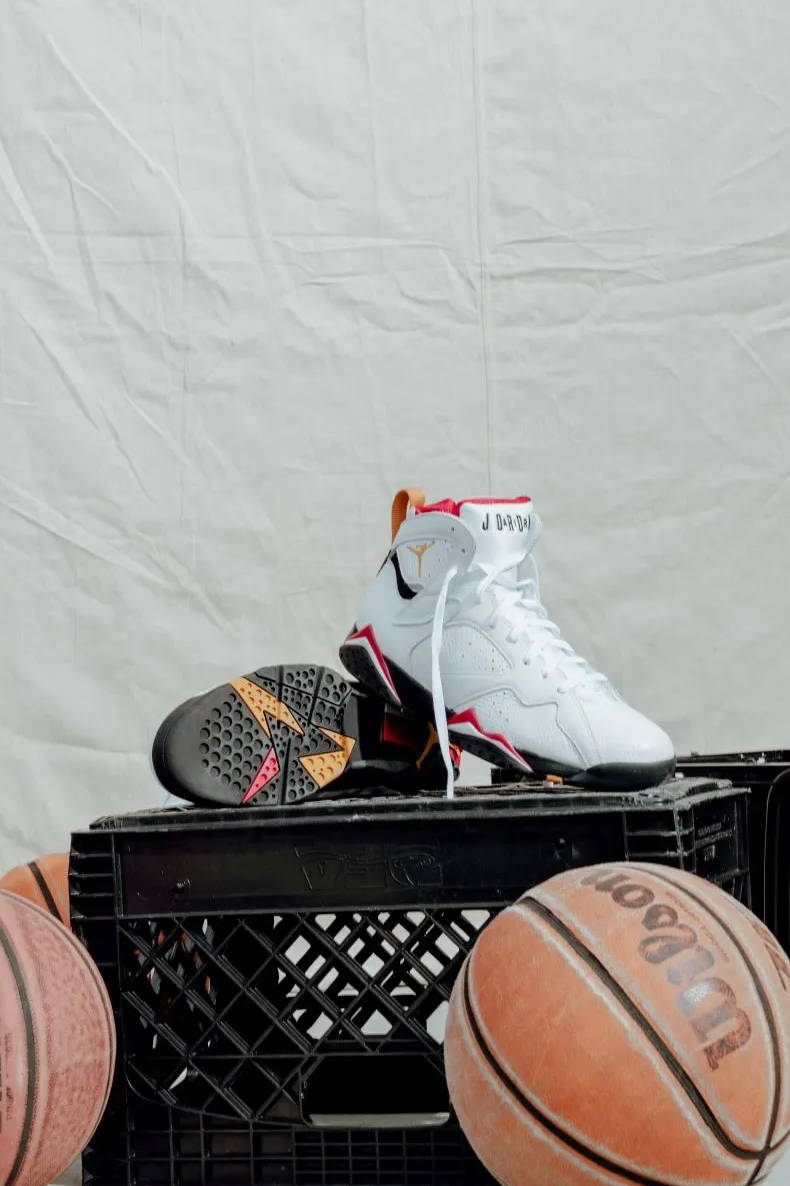 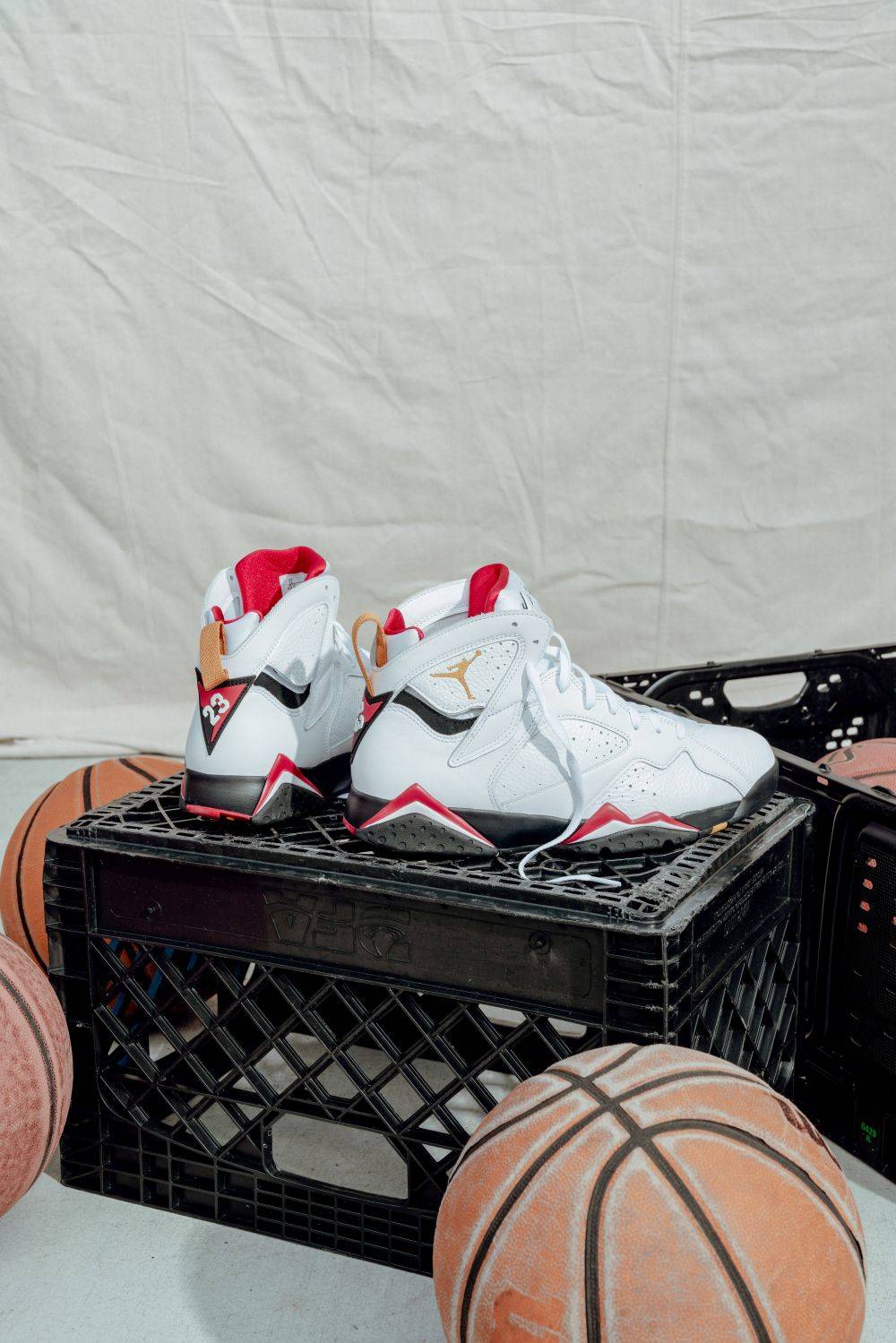 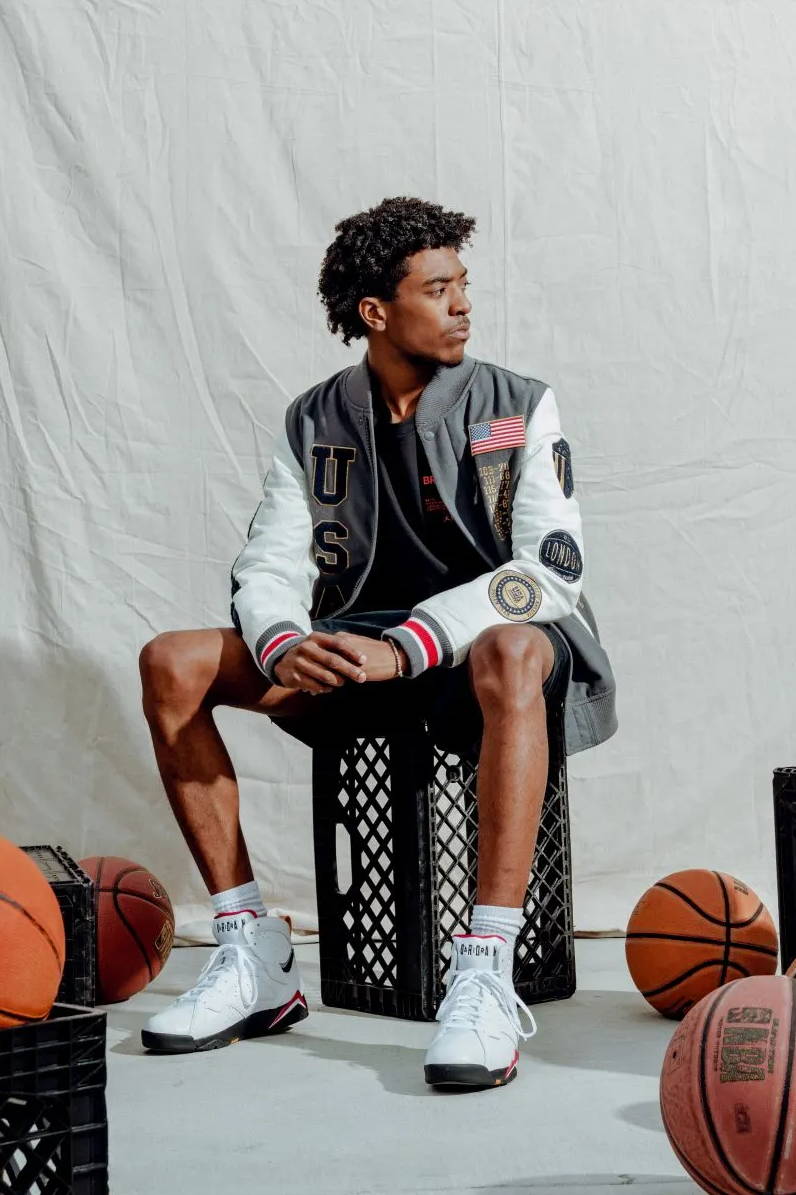 The Air Jordan 7 “Cardinal” returns to Shoe Palace stores and shoepalace.com this December 17. 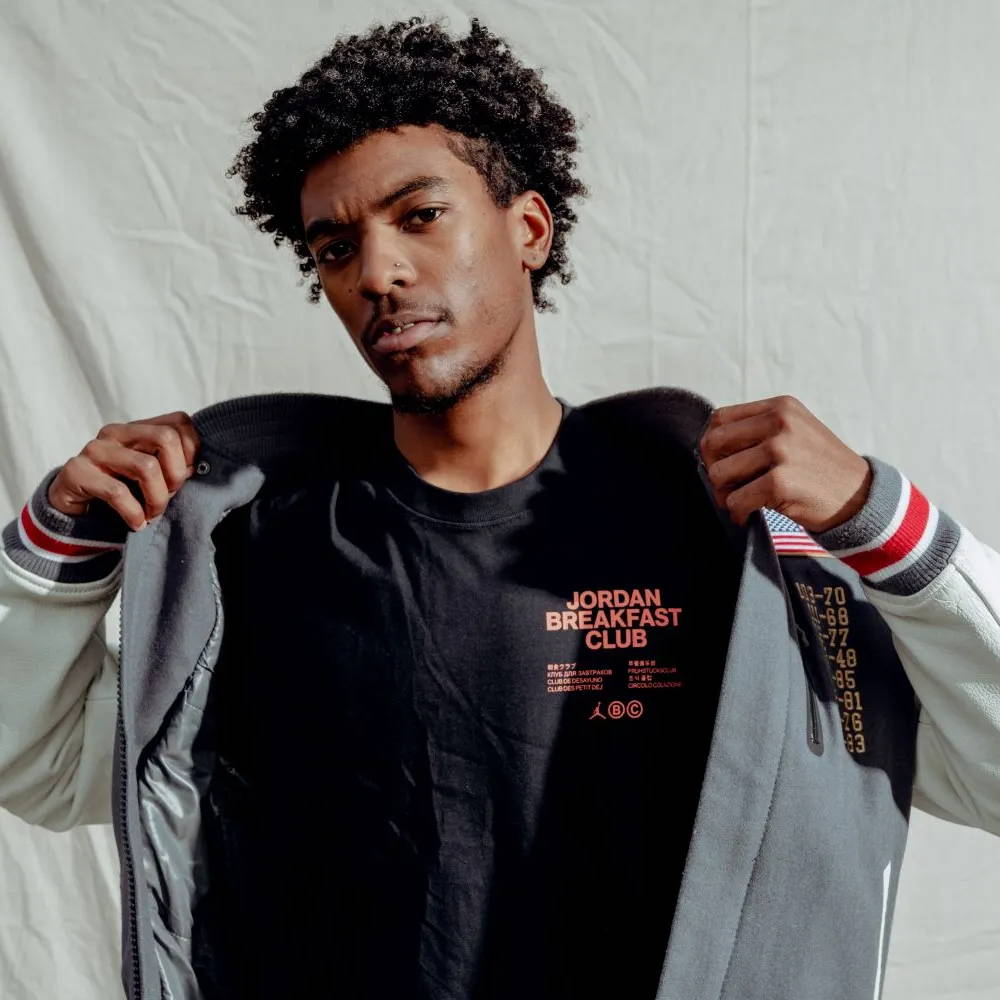 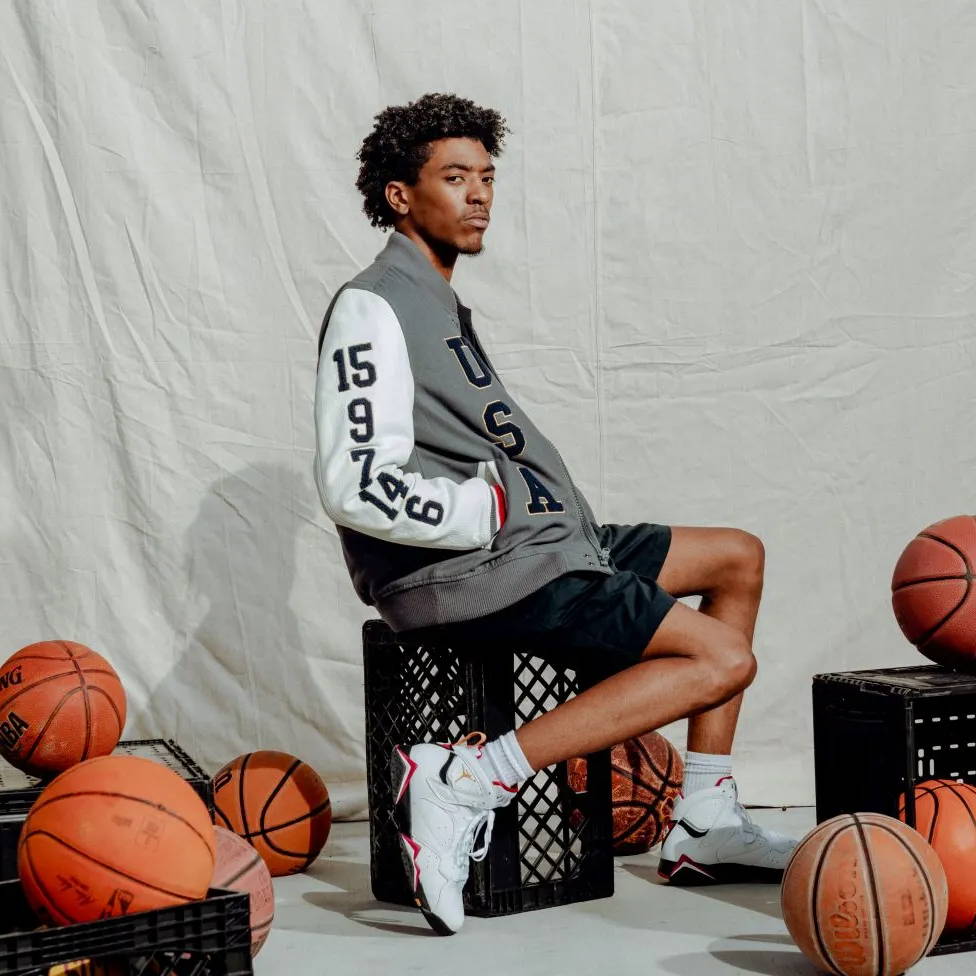 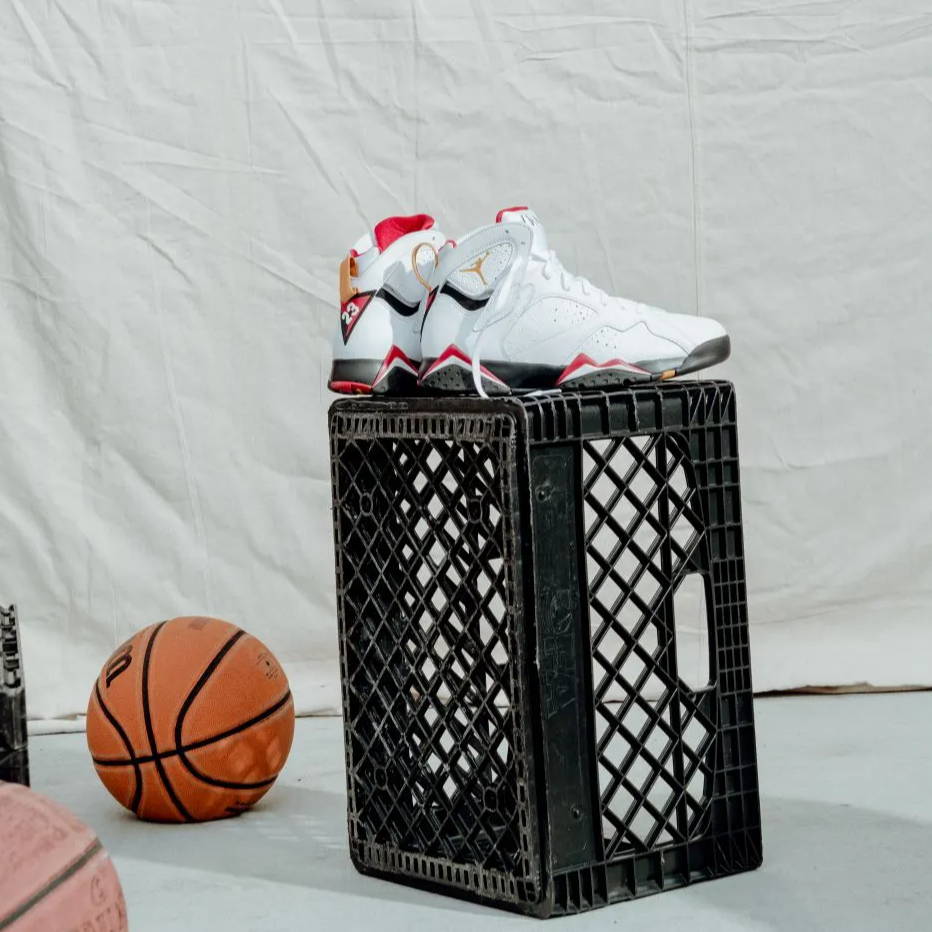 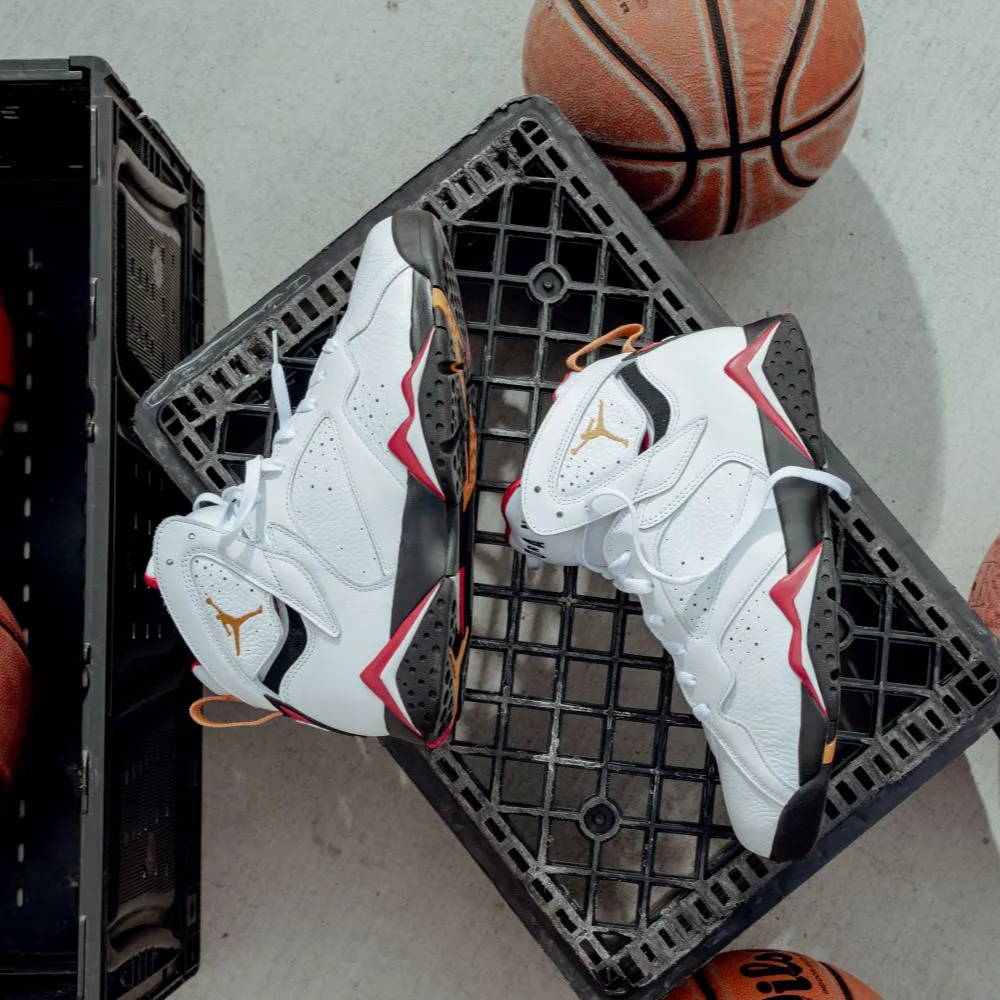 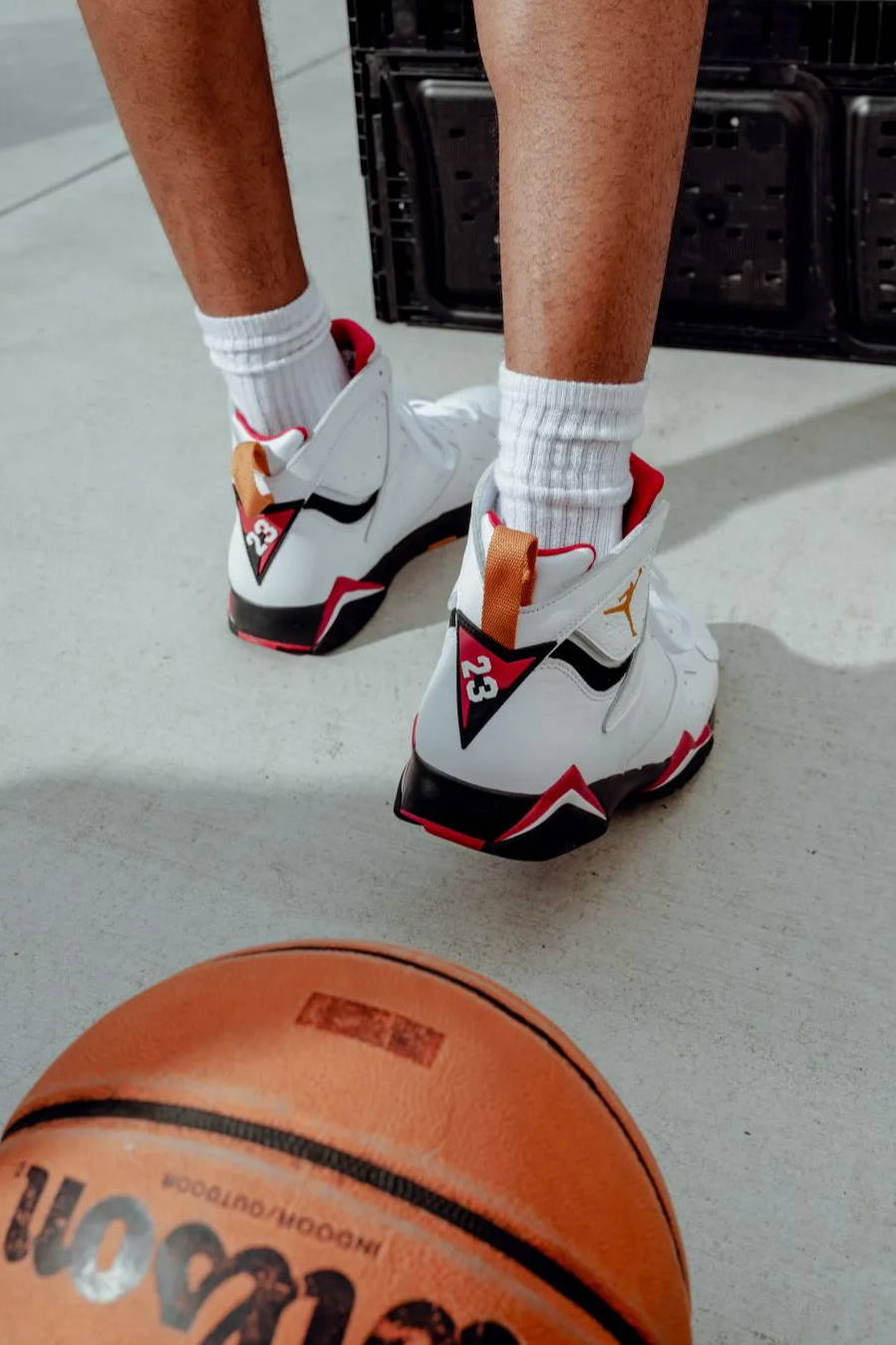 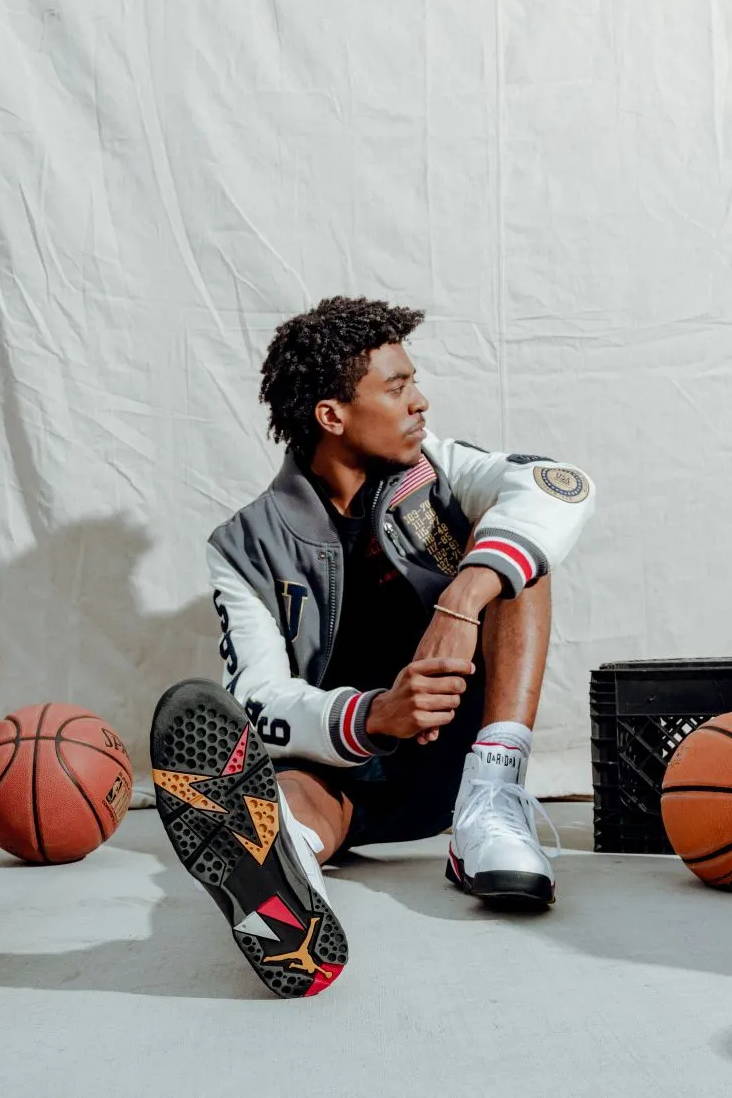 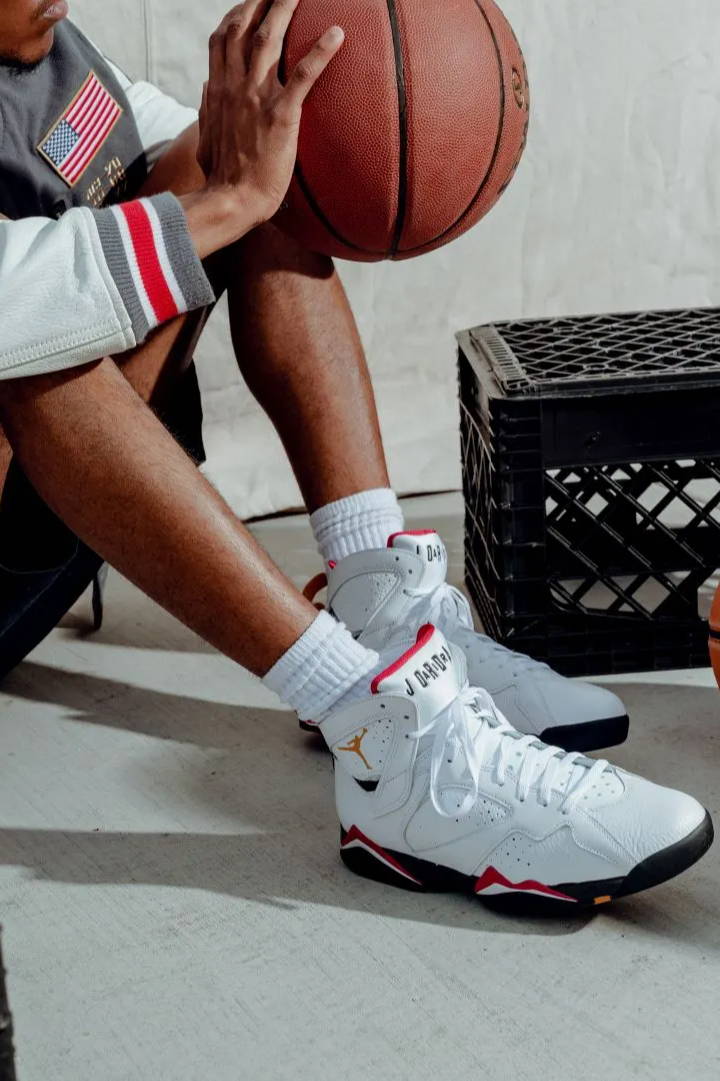 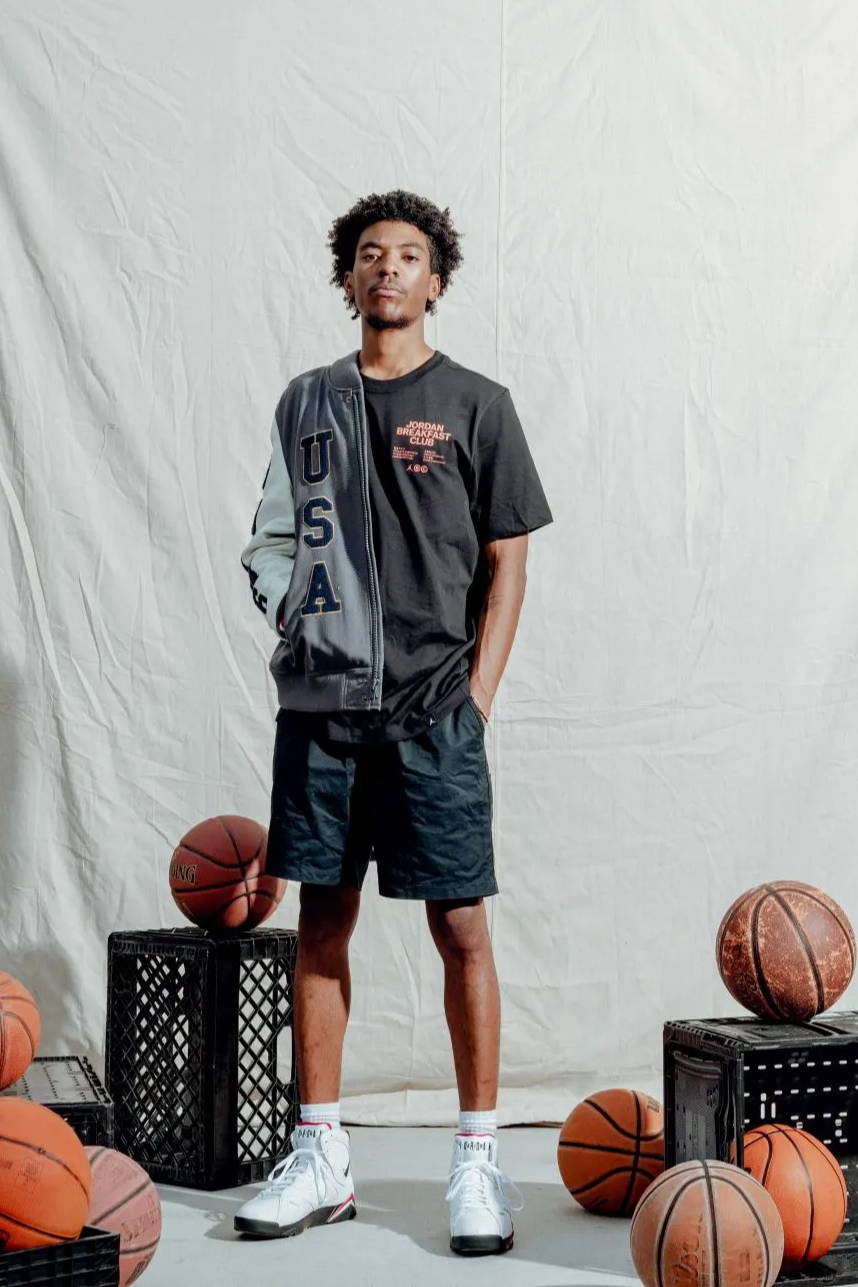 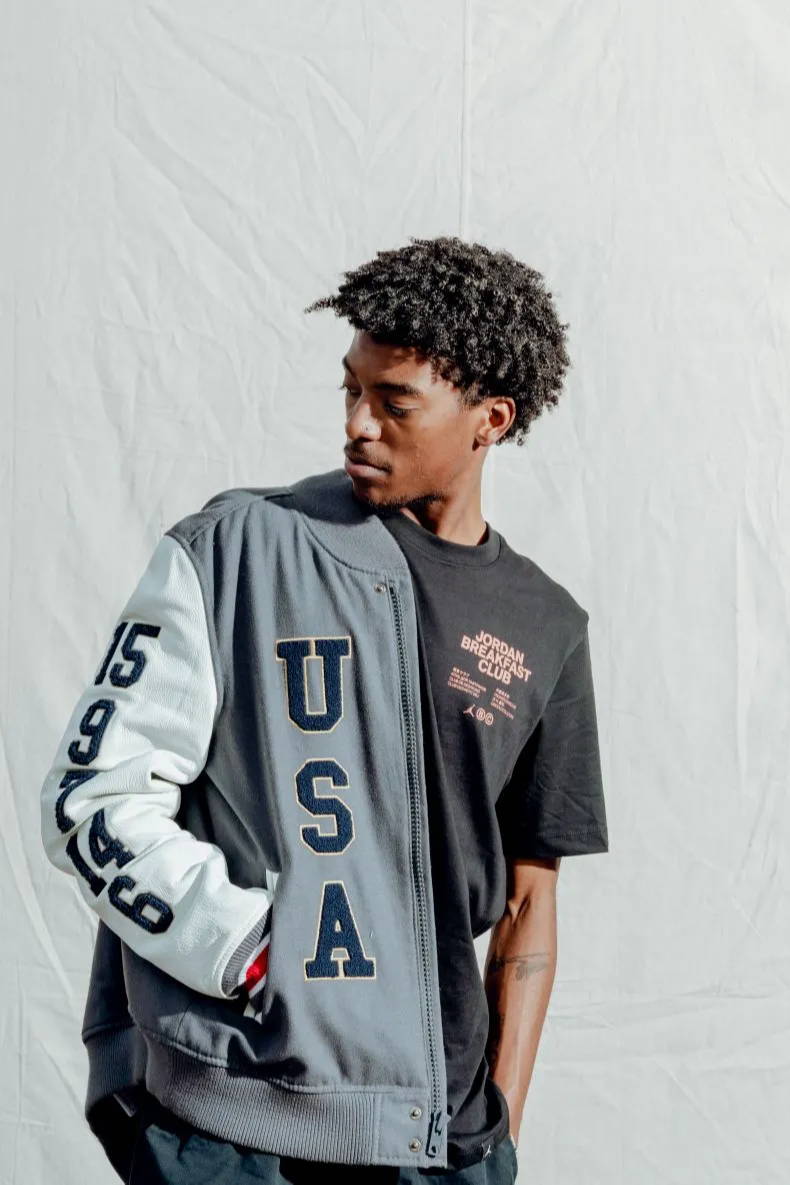 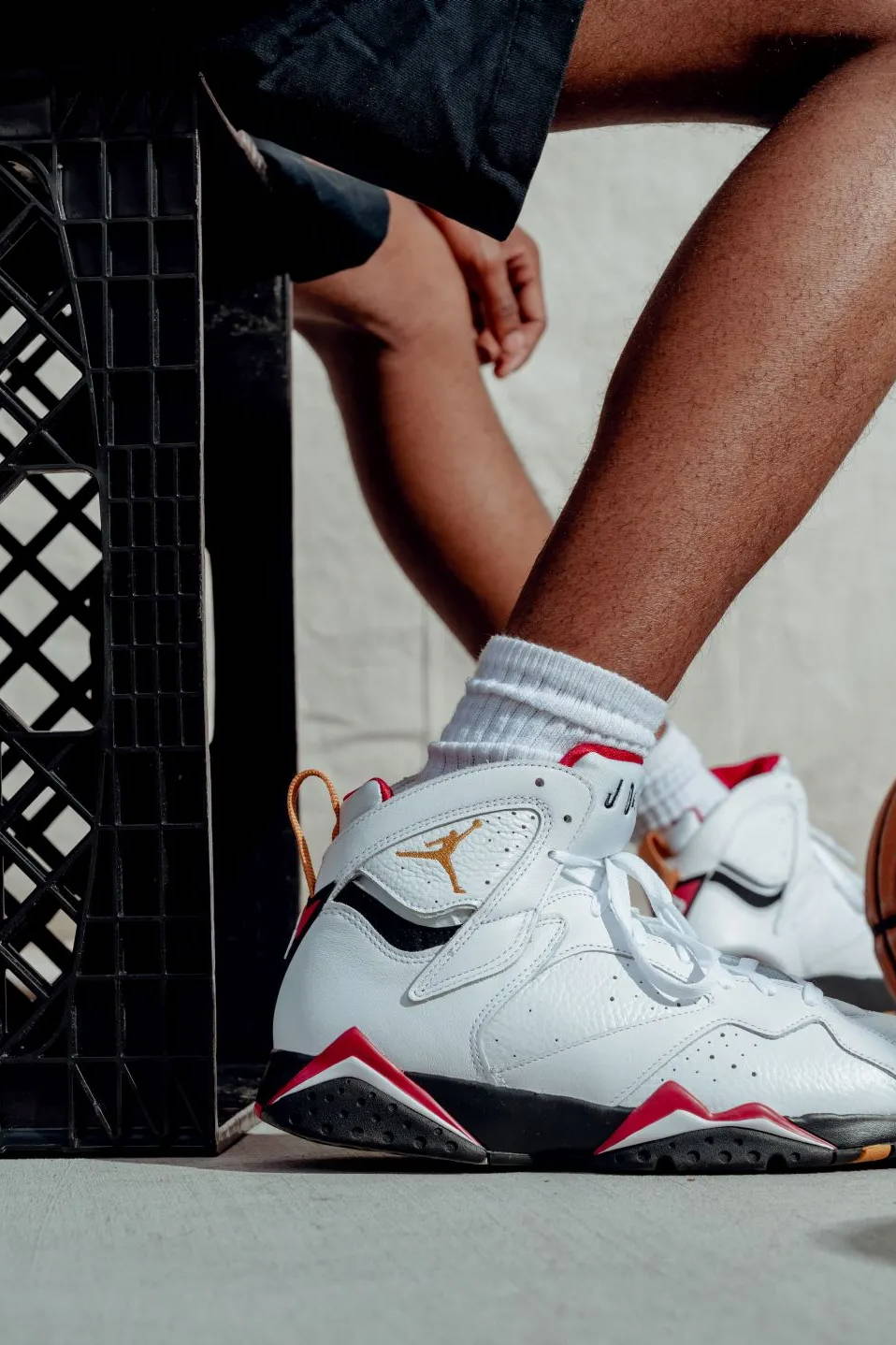 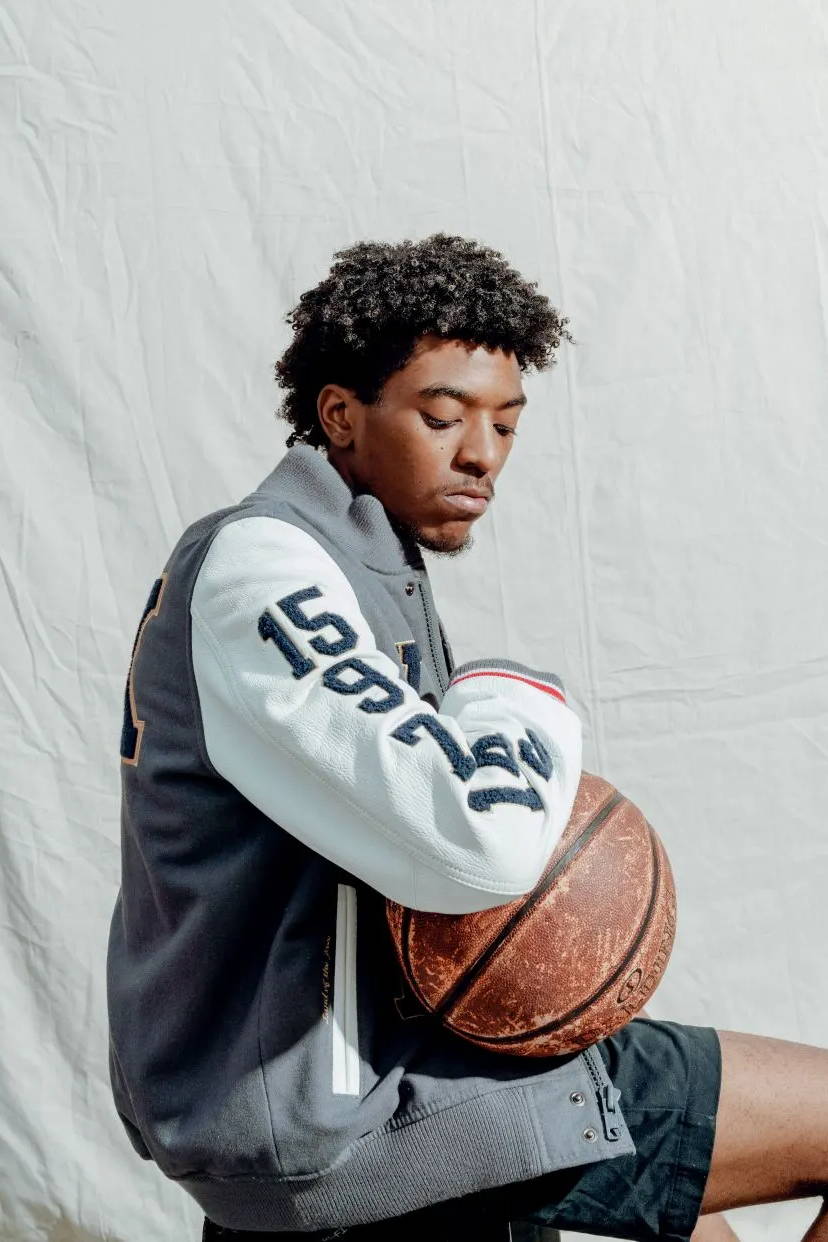