A Brief Look At Stephen Curry

Stephen Curry is one of the greatest basketball players of all time. He helped to cement his legacy as an all time great by earning his fourth championship for the Golden State Warriors in June 2022. As proof of his pop culture relevancy, Curry will be hosting the 2022 ESPY Awards. Read on for a brief look at the life and career of Stephen Curry. 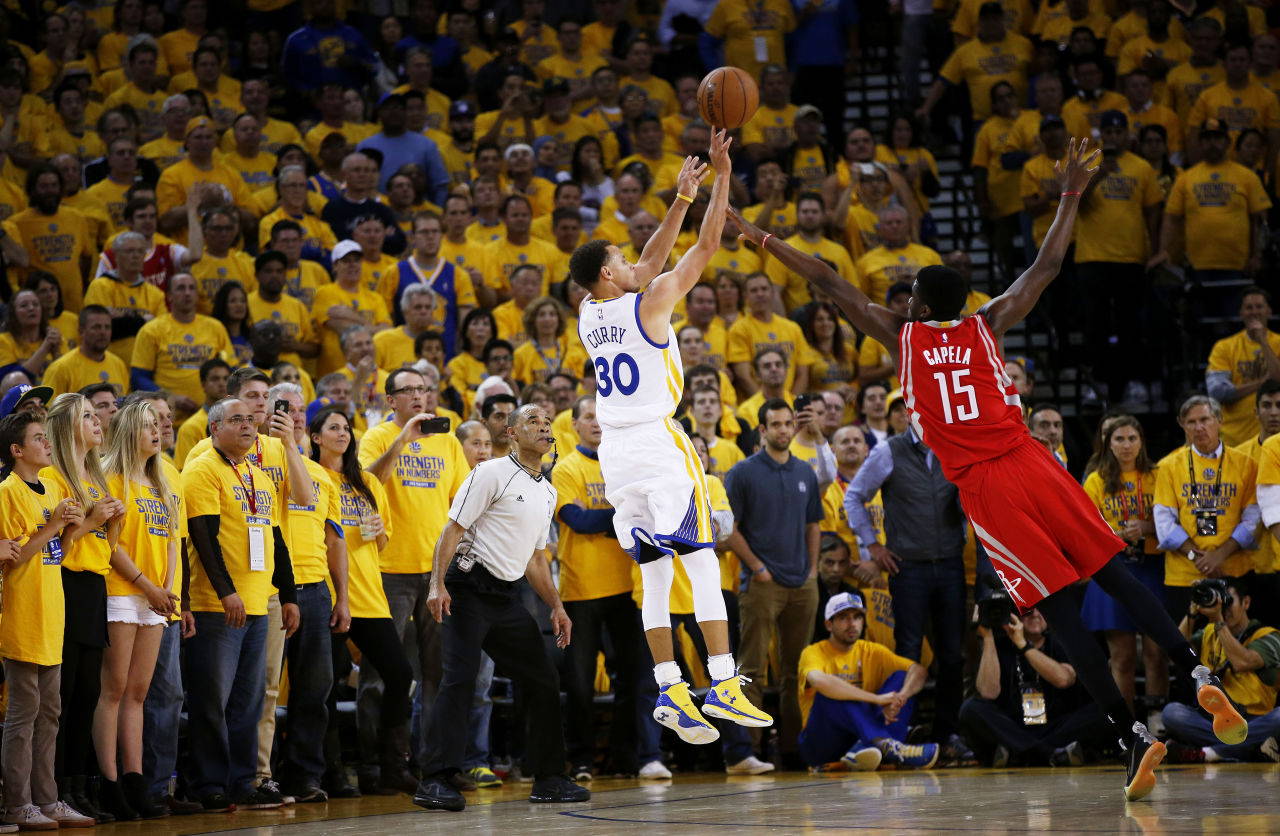 Dell Curry was one of the top shooters in the NBA during his 16 years in the league. His son, Stephen Wardell Curry, was born on March 14, 1988. Stephen would often attend his father’s games when he was a young boy. He was surrounded by NBA culture incredibly early in his life. The long range shooting prowess of his father obviously rubbed off on Steph. Ultimately, the son would surpass the substantial shooting ability of his father. 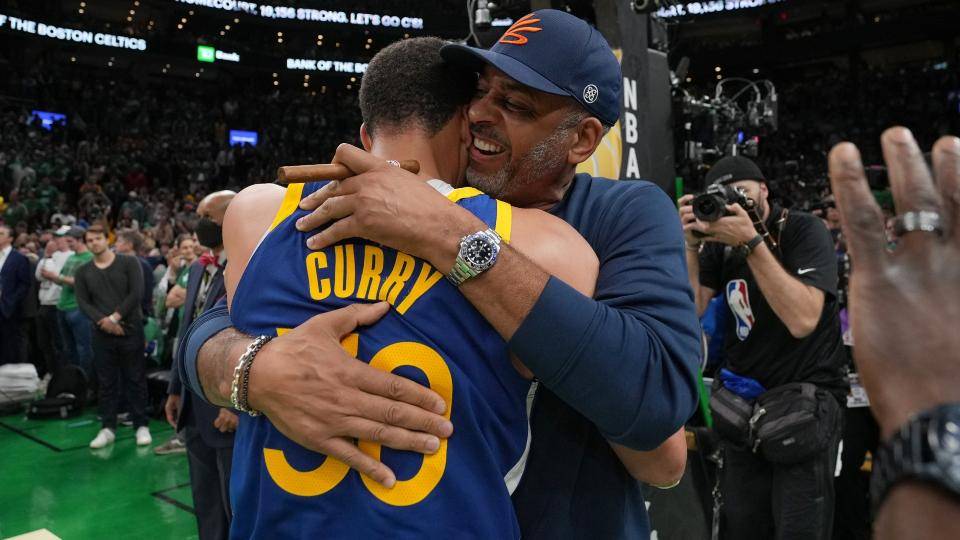 Stephen would play college basketball for Davidson College. He would stay there for three seasons before entering the NBA Draft in 2009. Curry would be drafted in the first round by the Golden State Warriors. The guard was selected with the seventh overall pick. In retrospect, the Warriors got incredibly lucky that Curry was still available that late in the draft. To get the greatest shooter that ever lived, with the seventh pick, is one of the great steals all time in the NBA Draft. Especially when you consider other great players of Curry’s generation, like LeBron James & Kevin Durant, were top three picks. 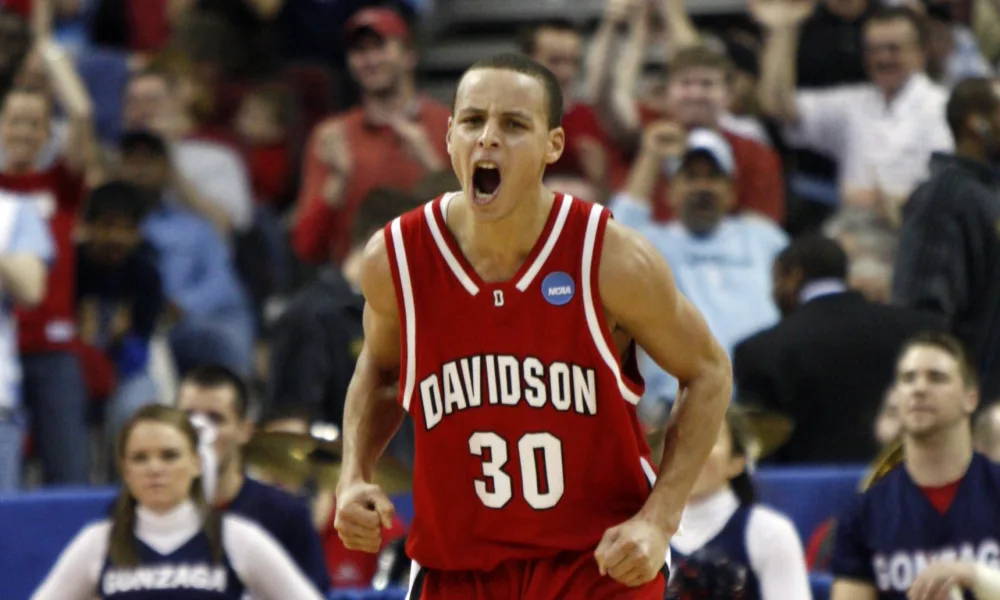 Early in Curry’s career, his health was a major concern. Curry was consistently having issues with his ankle, issues that went back to his college days. One of the major factors for Curry going low in the draft was that he was thought of as a player who would be prone to injury. At 6’2, and weighing in under 200 pounds, Curry is considered small by NBA standards. There were questions regarding his durability as a smaller sized guard.

For the most part, Curry has overcome all the concerns regarding his injuries. He missed a major chunk of the 2011-2012 season, but after that, he was remained relatively healthy for the rest of his illustrious career.

The 2012-2013 season was a bounce back one for Curry, after missing a large chunk of the 2011-2012 campaign. 2012-2013 helped to alleviate the fears fans had over his ankle. Steph, also known as Chef Curry, would average almost 23 points a game during the 2012-2013 season. That was a career best for him at the time, and he was durable during the season. He very quickly earned the title of finest shooter in the league with his ability to shoot and score from anywhere on the basketball court. His deep ball shooting, from way beyond the three point arc, would make him a crowd favorite.

Before the 2014-2015 season, Stephen Curry was considered one of the top guards in the league. He was a great shooter and scorer, and fans loved to watch him play. But Curry had not earned any substantial success in the playoffs, which is the thing that earns you respect in the NBA. Playoff success would come in a major way in 2015. Curry would lead the Golden State Warriors to the NBA Championship. The Warriors would defeat who many believe to be the best player of his generation, LeBron James, and his Cleveland Cavaliers. Curry also earned league MVP honors during the 2014-2015 season. He would win the MVP Award again in the 2015-2016 season. Becoming one of the rare players to win the MVP Award in back to back seasons. As of 2022, Chef Curry is a four time NBA Champion (2015, 2017, 2018, 2022). 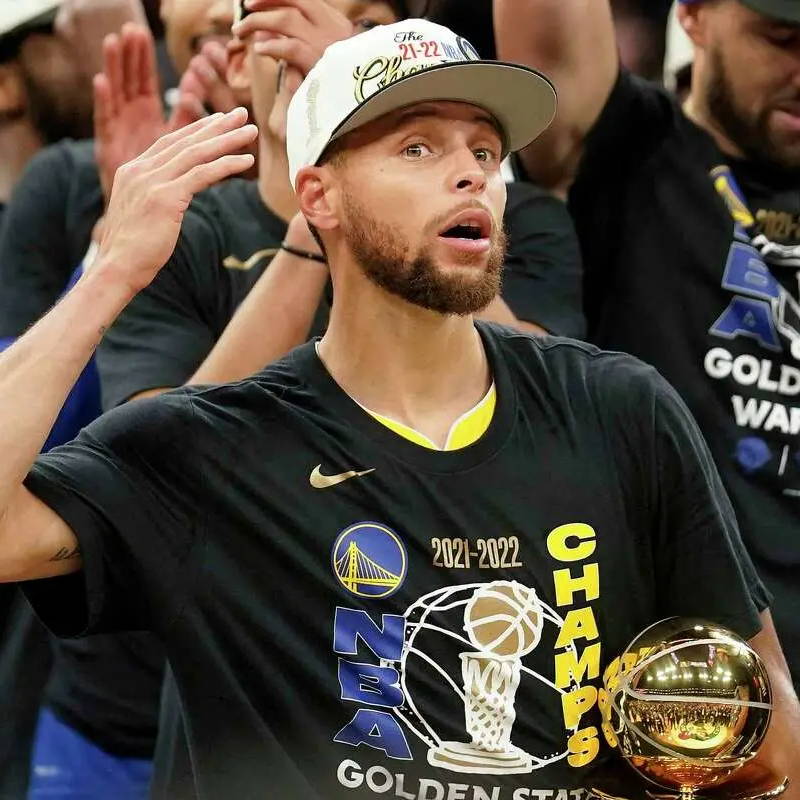 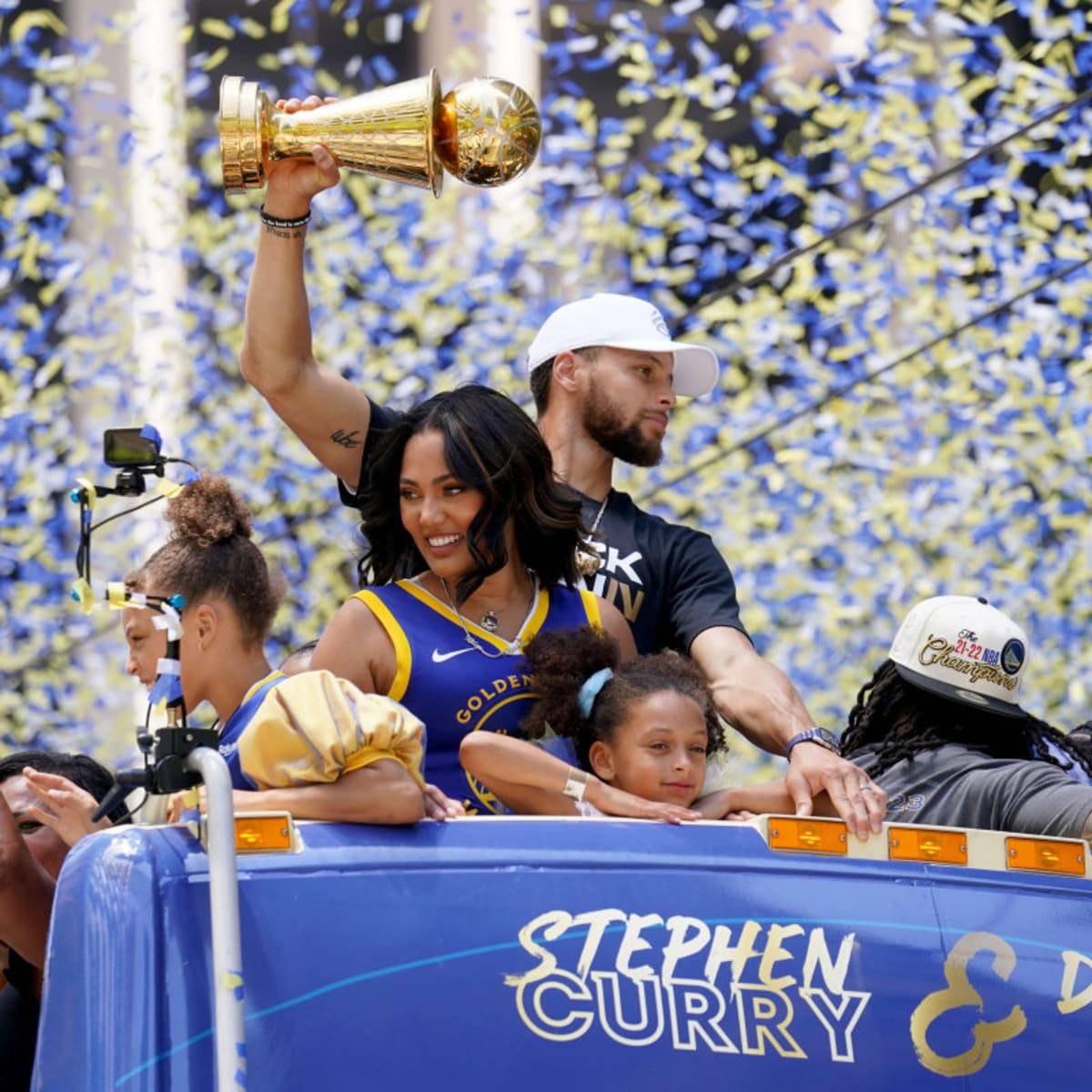 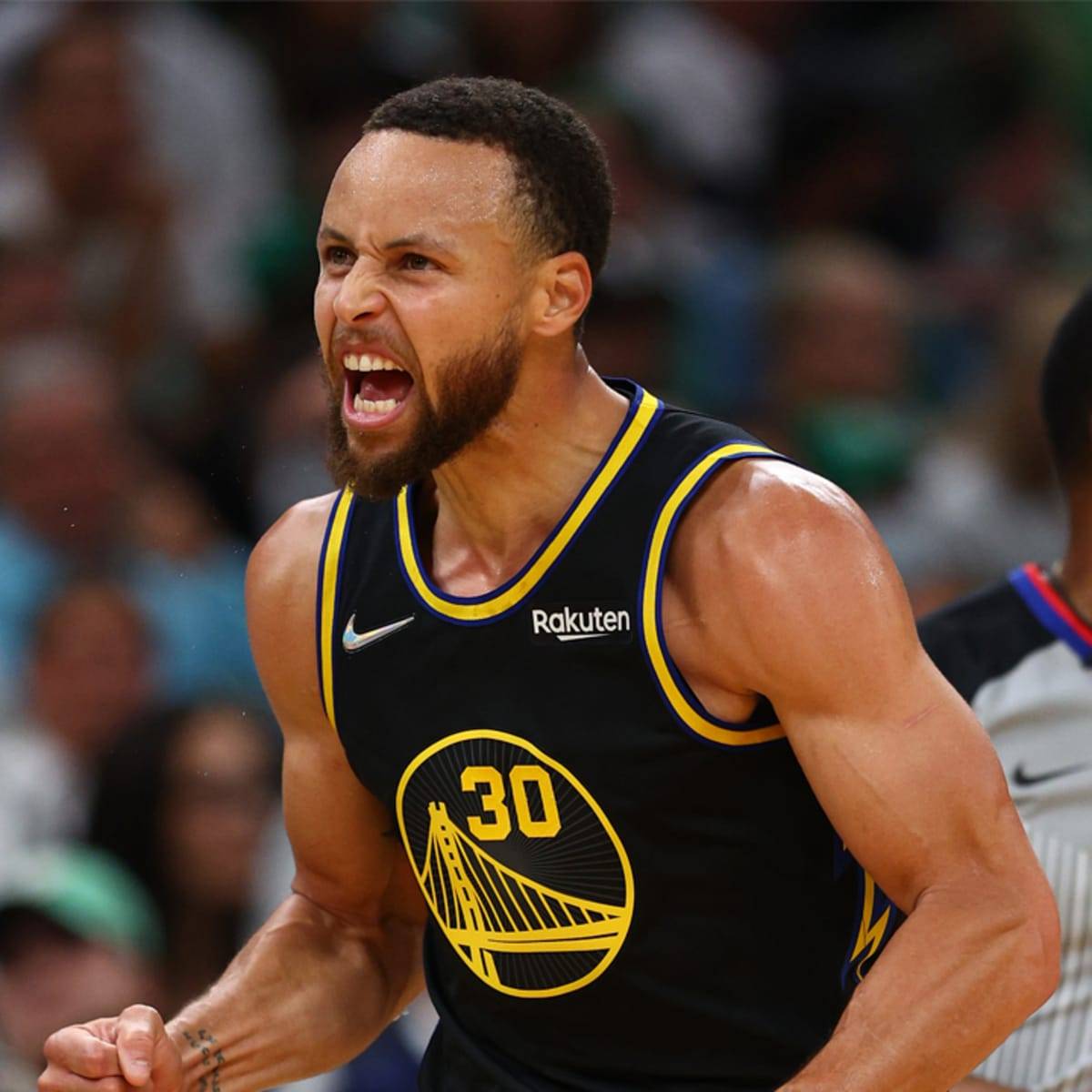 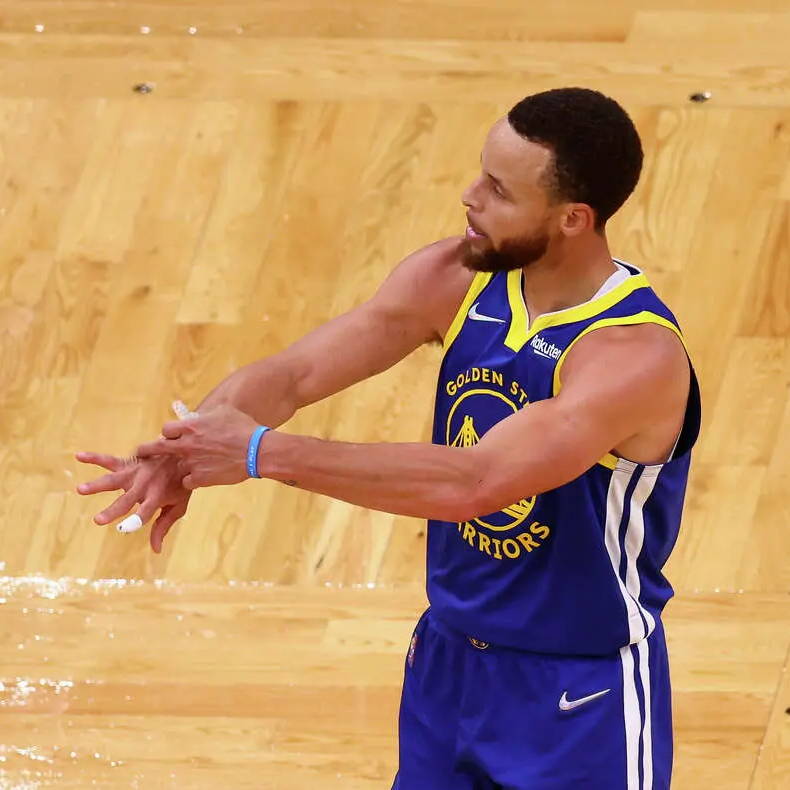 Stephen Curry is not only one of the top players of all time…he is also one of the most important. Curry changed the game of basketball with his shooting ability. Long range shooting, the three point shot, is now the focus of most team’s offense. His greatness when it comes to shooting the ball has helped to influence not just the NBA, but the basketball world. Whether its college, high school, or just a pickup game at the park, the influence of Curry is evident. Kids today want to shoot like Curry, the same way they wanted to dunk like Michael Jordan in his day. There has never been a player quite like Stephen Curry.

Stephen Curry is hosting the ESPY Awards tonight! You can find Golden State Warriors and NBA gear on shoepalace.com. 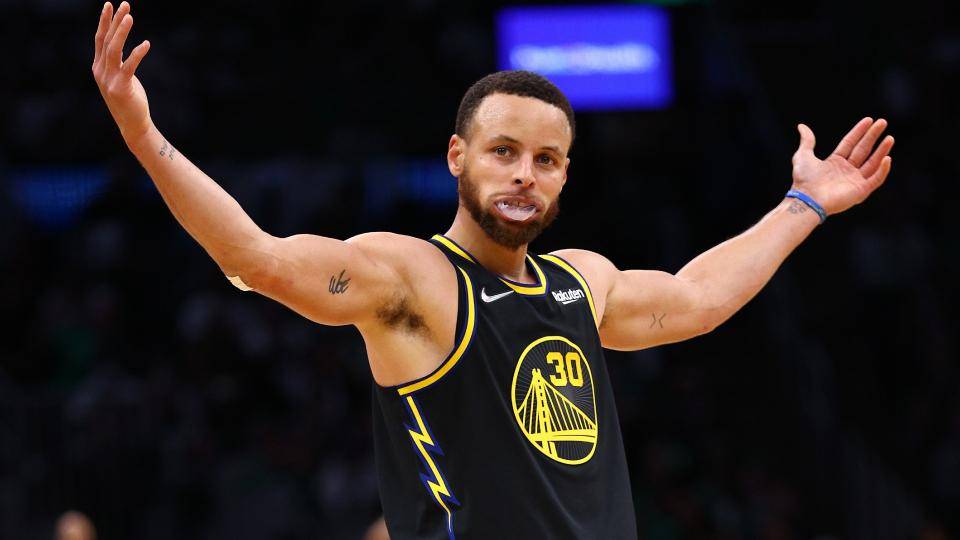